The End of My Career on the Internet

Dear Internet, it’s not you, it’s me. 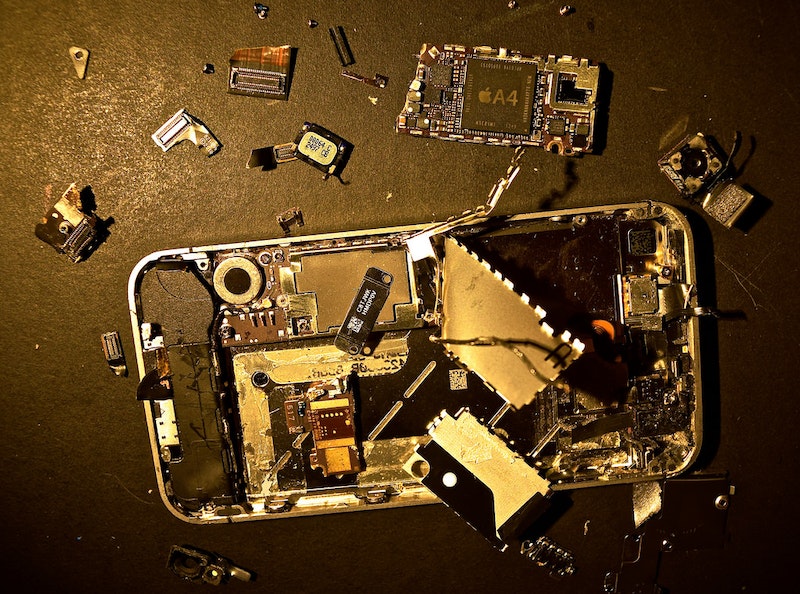 One of the hardest things to do is anything, know what I’m saying? That’s what Coach always told me, and since Coach was also my father, he knew best. But really, I just got tired of the Internet. Someone writes an easy joke and slaps it on a .jpeg of some appropriated bit of African-American culture and suddenly it’s everywhere. Or there’s a news clip in which a person falls down or acts in a very stereotypical way. Then the lolcats, lawlzcats, roflmaocats, afkats, brbcats, aslcats: sure they’re fine in the morning, real sweet-like, but when you get to midnight and they start caterwauling, you’re about finished with the whole kit and caboodle.

I guess you could write fiction on the Internet, but I wouldn’t read that and neither would you. So if you wanted to write fiction, you’d just pass it off as fact, which is what most of us call life itself. That’s what my dad/Coach (recently decease, may he RIP) never tired of repeating: “If a person’s lips are moving, he’s lying.” Dad also saw a white light in 1994 and it changed everything. After that, he recognized that life was a vale of tears and decided to start behaving like the lilies of that valley, which is certainly one way to go about it. When he died, the death was unexpected, even though he’d been diagnosed with heart disease years earlier. “Never saw it coming,” he said, which is easy enough if you remember to keep your eyes closed.

You can have any argument on the Internet and none of it matters. You change nothing and no one cares. But you’re heard, and in precisely the same way that you’d hear yourself when you record your voice on a cassette tape and play it back to assuage a pain borne from loneliness that starts around the same time that the roflmaocat and brbcat caterwauling does. It’s a pleasant feeling, to take it personal and make it personal. Does consistency matter? It never mattered to me. I’d tell you one thing and then I’d tell you another, especially if I was trying to sleep with you (this is already too long for the magazine that already killed it, haha, and I/we are and were certainly trying too hard, or not trying at all, but either way, cut the crap and order; the McRib won’t be on the menu much longer).

“Once upon a time” is how a lot of myths and superstitions and saws and sayings and old wives’ tales and shaggy dog stories start. Twice upon a Time was the name of a sitcom I pitched to the WB back when that was relevant; it was going to star the Olsen Twins and the Raven-Symone twins and it’d have been MOTHERFREAKING fantastic, pardon my French and my shouting and my overreach. But it was already a movie starring Molly Ringwald, also known as America’s Sweetheart, and George Newbern, also known as the guy who voiced Superman in many of the DC Universe animated series. He was no Tim Daly, let me tell you, but you try meeting that guy’s salary demands. Daly was on Wings, for crying out loud! But no, this show was going to be what made me, my one shining moment, but instead I’m still here writing on the Internet when really, I just wanted to sway in the breeze like a lily of the valley. Is that too much to ask?

“Sir, there are customers behind you. Will it be the McRib, or will it be jack shit?” asked the truculent clerk, as played by Molly Ringwald. With her hair in curlers and some weird moisturizing goop on her timeworn face, she sure didn’t look or act like America’s Sweetheart anymore. And yet she was so great on Townies! Unforgettable, even.

“Look, ma’am, just let me think for a minute. I’ve already seen Jack Shit, and I thought that Tom Cruise was way better in Mission Impossible 2. Do people forget that John Woo, who helmed MI2, used to be a great director? I mean, he had John Travolta and Nicolas Cage switch places and faces! In a movie! And I watched it! Why was I so excited? I was just ordering a McRib, or at least contemplating doing that. So close and yet so far.

“I don’t have all day,” spat the clerk. By which I mean she spat tobacco into a small styrofoam coffee cup to the right side of the register. Spat it disdainfully, even. “One McRib,” she hissed into the microphone à la prime-period Bell Biv Devoe. “That’ll be $4.98.”

I turned out my pockets like a sad hobo clown in one of those old-timey road movies. Sullivan’s Travels, maybe? I remember that one; the dude from Ride the High Country was in that. I’d suggest you LimeWire or Netflix or BitTorrent or SoulSeek one or maybe both of those cinematic landmarks. “Sorry, but it looks like I can’t even buy a clue,” I said sheepishly. “Any chance I can steal your heart and pay with that?”

That ended about the way you’d expect. I ate a tasty McRib and developed a saintly red nimbus of McRib sauce around my chapped lips. The clerk as played by Molly Ringwald never talked to me again, even though I’d given her everything I had, which was nothing. See, what had happened was this: in a truly funny mix-up of the sort that often leads to Doris Day falling head over heels for Rock Hudson, I’d asked my pharmacist for my weekly “Bateman’s Dozen” of male enhancement pills, and what I got instead were 12 mail enhancement pills. The pills worked like a charm—I’d never received so many Arby’s and Long John Silver’s circulars before or since!—but not in the way that I’d expected.

“Is it always this bad?” a good friend asked.

I had to rack my brain for the answer to that Daily Double. “Yeah, probably. I just sit around the house waiting for the brbcats to start their screeching and washing dishes one at a time. Because what else is there? You, I guess, but I don’t love you. Once upon a time I did, when you were a contender for the title of America’s Sweetheart, but certainly not now. Now you’re just yesterday’s papers, or at least yesterday’s Arby’s coupon fliers, which come to think would’ve been a catchier Rolling Stones tune. More relatable to me, anyway. You see that huge stack of junk mail over that? I can’t burn or shred that stuff fast enough.”

When I stopped talking, I noticed that my good friend had already left. I smiled a secret smile and my secret sharer smiled a public one. “You old dog, you still have it. There’s some fight in you yet,” I whispered to me/him.

Which brings me to why I took the Manny Pacquiao fight. Yes, I know I was the 50:1 underdog, but I needed that payday. McRibs aren’t exactly cheap, especially not with inflation the way it is (“a dollar buys a nickel’s worth,” declaims Peter Finch in Network, and man is he right about that!). So, Pac-Man, bring it on. I’ll beat your sorry keister from pillar to post and hold you down for the long three. Wait, what? Only a two-count? Are you kidding me?

BOOOOOOM went the steel chair against the back of my noggin, felling me like a mighty oak stranded in the midst of a storybook forest.

“I can’t believe what I’m seeing!” shouted palsied announcing great Jim “JR” Ross. “The Rock is beating him like a government mule!”

“The Rock has just beaten the hell out of him! What a turn of events! I’m sorry, folks, but we’re out of time… but it looks like the road to Wrestlemania just got started right here on RAW!”

Sorry, JR, but the road to Wrestlemania started a long time ago. It started back when I was five years old and I asked Coach where babies come from. “Uranus,” he had said, and as luck would have it, he was almost right. Old Coach, what a joker he was. He’d introduce me to all his male chauvinist pig friends, and when they remarked on how big I was (steroids) and asked what sport I played, he’d say, “Oh, this nancy here, he doesn’t play anything but the skin-flute and the meat-whistle!”

It was called positive reinforcement and it was how Dr. Spock said we should raise our children. He had five Pillars of Parenting, as I recall: 1) Judge not lest ye be judged. 2) Spare the rod and spoil the child. 3) If you put your uneaten food in the garbage disposal, Coach will fish it out and make you eat it, because what, you think you’re too good to finish all your food? When I was a kid, there wasn’t a scrap of food on the table and we were all on pins and needles. We were on pins and needles because the pain distracted us from hunger, is what I mean. Your grandmother was an early acupuncture devotee and let me tell you, that stuff worked, or I wouldn’t be standing here today. Now eat those moldy tomatoes and corn rinds! 4) It’s not stealing if you don’t get caught. 5) It’s not true unless it’s true for you.

If you followed these rules, you’d be sure to raise a child who turned out to be a world-beating genius or a career criminal, maybe both. I hope not both, though, because then the world would be in for a world of trouble. “One meeeeeellion dollars,” as the paycheck-loving Mike Myers has never tired of joking. If you don’t get that reference, you’re either 14 years old or you’ve been living inside one of those Hurricane Fran storm shelters they’ve been keeping sealed like time capsules so that when E! finally does its ultimate or at least penultimate Remember the '90s special, they have some fresh talking heads for it.

Those poor suckers aren’t the only ones trapped in 1996, though. I remember how I felt back in ‘96, and if you don’t, your ass better call somebody (or at least check out the Space Jam website). This is how I’ll always remember myself, so utterly insignificant, just me and a few other angry young losers who are now being overwhelmed by all of the people crying out online that they matter, who want to engage in “adulting” and “talking about it,” who want something other than what they have. As for me, I never wanted anything, yet here I am anyway. Goodbye, Internet.