The Dialectic of Cats

The notion of independence is relational. 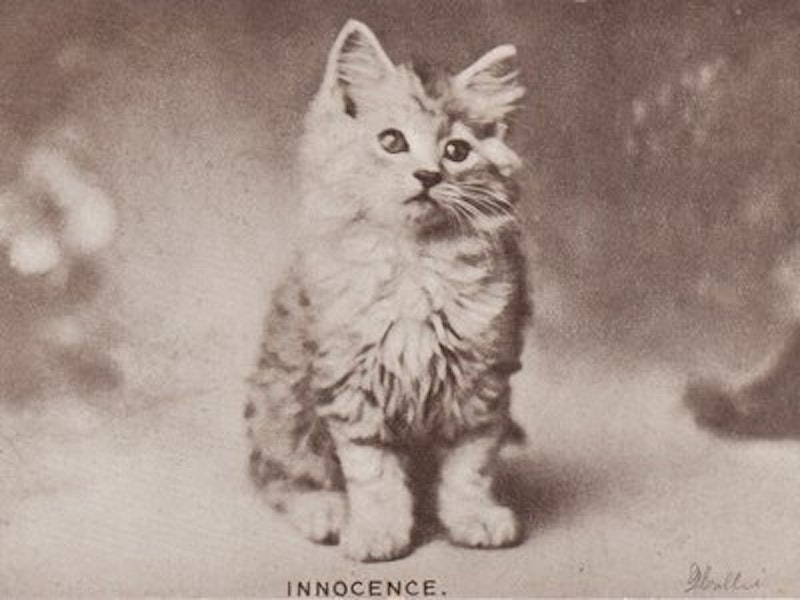 The English zoologist Desmond Morris argues that housecats are a contradiction. On the one hand, cats are notorious for their independence. In contrast to man’s other great friend, the dog, cats are solitary hunters. Where pack-hunting dogs channel the honor in collectivity, cats proceed with a libertine individualism. This is particularly true of outdoor cats, who often lead daytime lives all their own, finding adventure and freedom in a world devoid of humans.

But once they’ve finished their explorations, housecats return seamlessly to the domestic hearth. And when they do, those enterprising hunters transform quickly into whining, needy divas. Morris specifies that adult cats regress to kitten behavior around humans they trust. And this is why it’s misleading to characterize cats as antisocial. Meows mimic speech, cats thrive on playfulness, and most of them are prolific snugglers. Cats are wonderfully social creatures—when they want to be.

According to Morris, this is what makes cats so unusual among domesticated animals. The adult housecat’s personality is split between two aspects: the independent adult cat and the dependent kitten. Cat personality forms as a negotiation between those two poles, and the fluidity with which they pass between each orientation is precisely what makes them such mysterious, intriguing, and meaningful friends.

Will she follow me around the apartment meowing for half an hour? Or will she dash away when I reach down to pet her? One moment, she won’t leave you alone, sniffing your shins and crawling across the keyboard. The next moment, she’s disappeared into an occult underworld of your apartment, unseen for hours to dwell in feline solitude.

To know a cat is to be often baffled by this back and forth. You just never know which mood she’ll be in.

Reading Morris’s study, I’m struck by the profound humanity of this contradiction. The dialectic of cats echoes the ambivalence inherent in human relationships. Like cats, psychoanalysis teaches that the conditions of adult independence are circumscribed by the fact of our infant dependence. This is why we might be dominant, assertive, and confident adults most of the time, only to be reduced to submissive weaklings in the presence of our parents. Even into adulthood, for many of us individuation and separation from our parents is more an art than a science, and it doesn’t take too many hours on the psychoanalyst’s couch to see that.

The same is true of our other close relationships. To be truly close with someone, whether it’s a spouse, significant other, or friend, involves continuous supervision of ego boundaries. Freud said, “At the height of being in love the boundary between ego and object threatens to melt away.” Who am I without you? Where do I end and you begin? What does it mean to need someone else? Intimacy is scary for these reasons. It chips away at the foundation of independence we spent our whole lives hardening, and reminds us that deep down we’re still beings that need.

But cats are masters of balance. They know when to need, and when to go on their own. One might say that cats merely need us for their ordinary, boring, selfish necessities. We deliver cans of food, open doors, and freshen the litter. But one might consider that those too are the same forms of need through which human infants first learn to love. The French psychoanalyst Jacques Lacan understood love to be a futile demand for the total satisfaction of need; thus, Lacan comments mysteriously that love is “the gift of what the Other does not have.” Someone else cannot make you whole, but they can try. And so there is nothing superficial about the bonds that form through care.

This is also the meaning of Hegel’s master-slave dialectic. The integrity of an independent consciousness is dependent on its need for recognition by another. It’s only through the eyes of someone else that we can bound the interiority of our minds; without an encounter with another independent mind, reality breaks down into absurdity. Dependence on others forms the uncomfortable precondition for our own individuality, and this creates the dialectical tension that makes close relationships so painful and so utterly necessary.

In the realm of love and desire, the psychoanalytic feminist Jessica Benjamin reads this need for intersubjective recognition as the function of sadomasochism. Coming to terms with desire and sexual difference is conditioned upon that which we are willing to give others—or, with even more difficulty, deciding what we can allow ourselves to receive from them.

Cats remind me about these things. They remind me that there are good reasons to need someone else. The best reason my cat needs me is that by being there for her, she can feel secure enough to be herself. Her life of feline sovereignty relies in part on her knowledge that I’ll be here for her when she needs to come back and be a kitten. It’s the same reason anybody needs anybody: the notion of independence is relational. Individuality presupposes alterity. A cat says to its human caretaker: I need you because without you my independence is meaningless. It’s the strength of our connections with others that we can sort independence from loneliness.

In the cat’s dialectic, the interplay between independence and dependence sublates to freedom. And this is the same form of freedom that socialism entails. Socialism rejects the individualistic fallacy, recognizing that no person is a fully independent, atomized whole. But socialism is not simply about imposing a statist mode of dependency on everyone. Rather, socialism holds that truly free individuals only emerge in the context of a mutually supportive society.

And that’s the cat’s secret. She’ll share it with you too, if you spend enough time with her. She’ll teach you that genuine independence doesn’t just come from within, but from without.