An investigative report on my childhood obsession with using styling gel to slick back my hair. 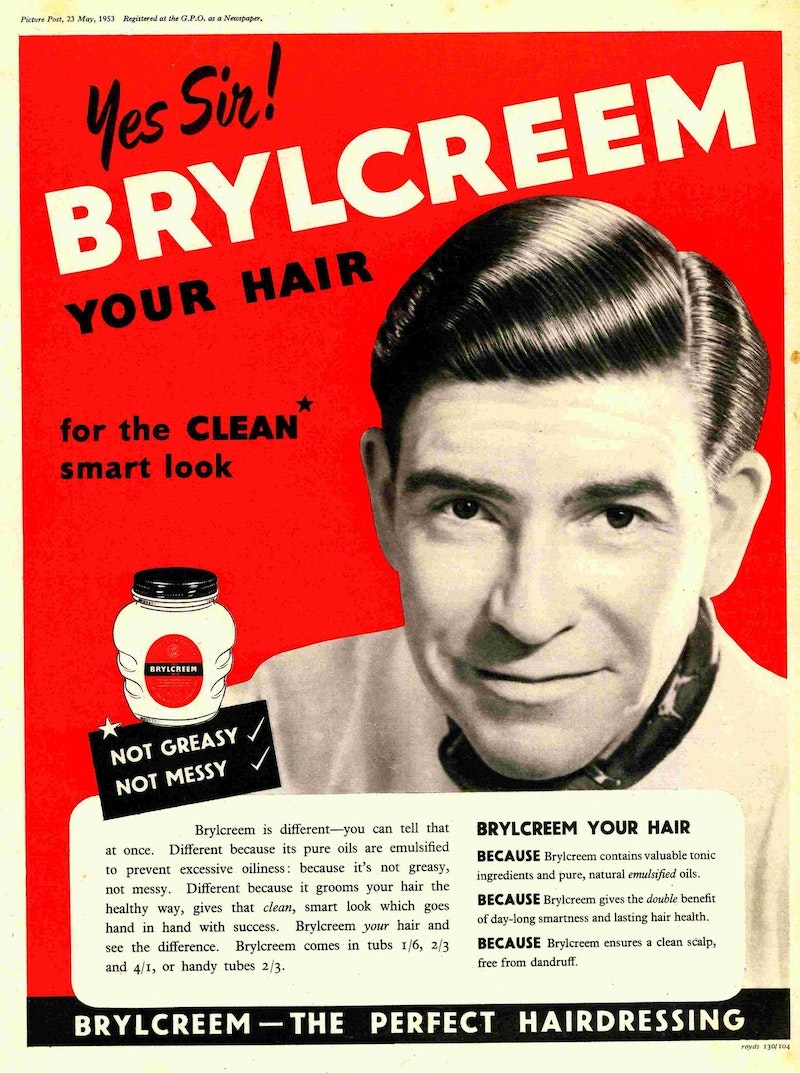 The little boy, who’d just turned eight, refused to leave the house until his mother had slicked back his hair with copious amounts of hair gel. With his slicked-back hair, the little boy resembled a chubby-faced, little boy version of legendary Lakers coach Pat Riley or perhaps Riley’s less-than-legendary epigone Steve Lavin. I wanted to know why the little boy acted the way he did, so I performed a canvass of his school and neighborhood.

“He likes to read,” his third grade teacher told me. “He sits quietly in the back of the class and reads his books. The other students have never said anything to him about his hair. In fact, they almost never say anything to him at all.”

“Him? Oh, I don’t know,” said one of his classmates, a little girl. “He blushes a lot, and he likes these ham bologna sandwiches. He shared half of his sandwich with me last week. I didn’t like it. I don’t like that kind of bologna.”

His gym teacher shrugged. “He wears this neon yellow cap with an unbent brim when he’s doing calisthenics. Normally I don’t let students wear hats, but he’s so crazy about his hair that it’s not worth the trouble of making him take it off.”

“Last year, he kept licking his lips. Just licked them and licked them until a big red ring formed around his mouth. A few of his peers made fun of the ring, the boy cried, and soon after that he stopped doing it,” his guidance counselor said. “I’m not so sure about this hair gel issue. It doesn’t seem to be affecting his performance in the classroom, though.”

“He had gobs of gel in his hair when he received First Communion,” his parish priest said. “Usually I don’t think about these events after they’re over, or I try not to anyway, but the odor of that gel was something else. His mom must buy the cheapest stuff in the drugstore.”

His older brother was discomfited by my question. “I just don’t understand him. He’s in his room all the time, and I suppose I’m okay with that. My friends would give me so much shit if they saw me with him. I feel bad for saying this to you, but man, he’s a weird little dude.”

“He likes comic books and video games,” another little boy from the neighborhood said. “I had some fun when I was at his house, but I don’t really like comics and video games, so I don’t come over that much. And when he takes another action figure out of the coffee can where he keeps them, he puts the first action figure back... there’s never two out at the same time. He never goes outside, as far as I can tell.”
“They’re always yelling in that house,” that little boy’s mother whispered to me after her son had wandered away. “I’ve been tempted to call the police, but I don’t know what effect that would have on those poor kids in there. It’s awful, just awful.”

The boy’s father addressed me in an unfriendly tone of voice. “I gave him some Brylcreem so that he could train his hair. Hair won’t stand up unless you train it, and he’s at the age where it needed to be trained. My wife is the one who substituted the styling gel. Now it’s terrible how that kid acts, how he makes going anywhere such a hassle. He’s doing it for attention, and she indulges him.”

“I know it looks ridiculous,” his mother said. “When he gets fixated on these things, there’s no point in stopping him. Anyway, it’s not something to make a big deal out of.”

The little boy’s bedroom had peach carpeting and wallpaper with teddy bears, rocket ships, and orange stars on it. It contained a twin bed, a bookcase, a television set, and a Super Nintendo video game console. The little boy sat on the edge of the bed, his feet dangling over the side. His hair was slicked back.

When I asked him about his future, he replied that his mommy and daddy hoped that he would become a doctor or something like that.

“I just want everyone to be quiet,” the boy replied. “I want to be left alone.”