The Atheism-Baiting of Devin Kelley

What the accusations of Devin Kelley's supposed atheism mean. 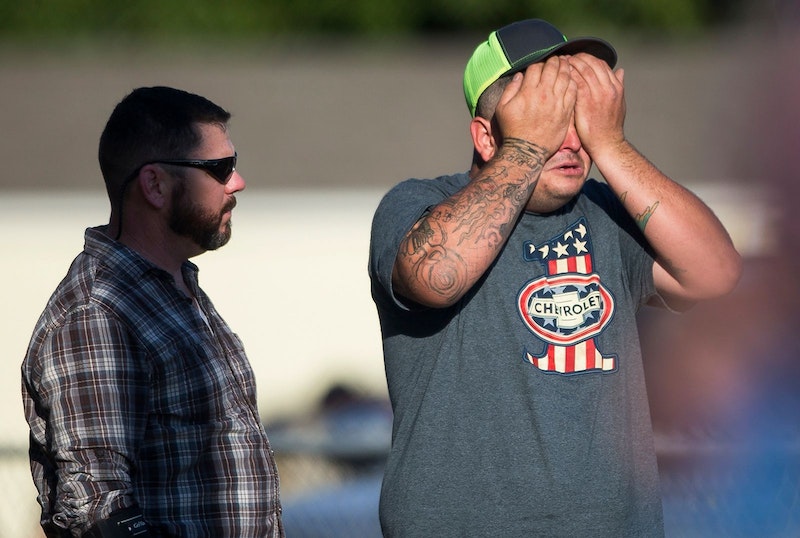 I confess to having a morbid fascination with following the trail of mass shooters. A consistent pattern emerges, where many, many people were aware of the shooter's unusual behavior, but never considered that this behavior could lead to a grisly conclusion. While it's easy to write these shooters off as “psychopaths” this is horribly inaccurate. In fact, most of these people closer to the average person than we care to admit.

It's clear that there are many interlocking issues in regards to mental health, easy access to firearms, and cultural factors related to how the United States conceptualizes masculinity. But understanding all of this, even on a basic level, requires a lot of time and research that people simply can't or won't do. The default response is to pin it on a single part of the shooter's identity, something that conforms to a typical “other” profile. If no such link is found, they are described as being “lone wolves,” preemptively decoupling them from the patterns that produce these incidents.

Sutherland Springs shooter Devin Kelley was assigned a smorgasbord of labels, such as being a member of Antifa or a communist. Then, ex-friends mentioned his atheism, which was an angle that conservative media outlets picked up on. It glossed over Kelley's history of violence, his domestic dispute with his mother-in-law, and societal influences like America's gun culture and the inability to detect and adequately handle warning signs. But such careless assignment of blame to atheism has far-reaching consequences.

The United States is still an extraordinarily religious country, despite the rise of the non-religious. The sentiment that only religious people can be moral, productive members of society is still commonplace. Most of the average American's perception of atheists hinges on stereotypical views, which certain subsections of atheists admittedly conform to on sites like YouTube and Reddit, and they don't often seek out any atheists in real life. Many atheists don't explicitly identify themselves as such due to cultural pressure. But now, this situation means that atheists are going to have to hide their identities further, at least until the next shooting happens and everyone rushes to scapegoat a different type of “other.”