The Abyss Stares Back

This time from an fMRI machine. 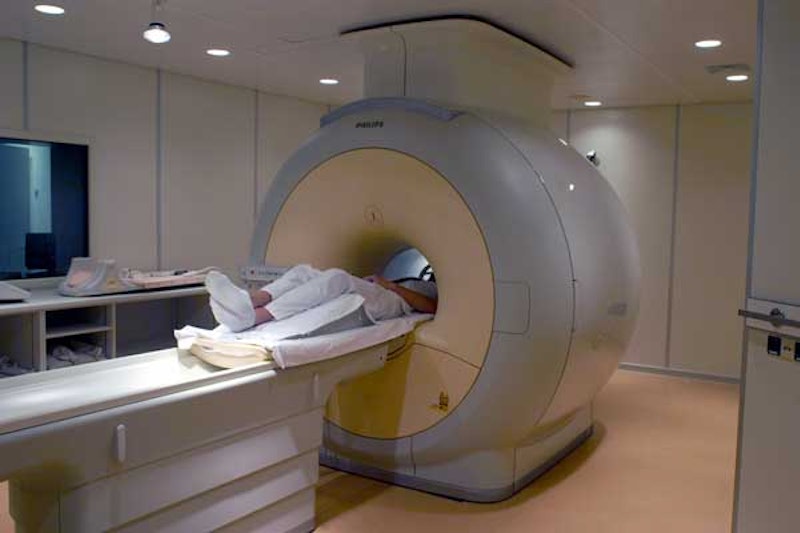 “We should recognise that not all coherent questions about human nature and conduct are scientific questions, concerning the laws governing cause and effect.”

The above quote appears toward the end of a long, thoughtful diatribe against science—not all science, mind you, just the type of inquiry that deals with the brain, with thoughts and emotions and the stuff of humanity, the stuff of Greater Truths and Free Will.

Writing in The Spectator, Roger Scruton gifts us some great words like: “neuroenvy” and “neurononsense” and “neurobabble” for the purpose of discrediting neuroscience’s attempts to codify and explain how and why and where we think. He is troubled by the fact that “brain imaging techniques [have] given rise to the belief that we can look at people’s thoughts and feelings, and see how ‘information’ is ‘processed’ in the head.” Thus: “Our own way of understanding ourselves must therefore be replaced by neuroscience, which rejects the whole enterprise of a specifically ‘humane’ understanding of the human condition.”

Okay, then. The march toward observing brain activity vis a vis interaction with music or politics or the law is now seen, by Scruton, as a means to do away with the human condition. “One by one, real but non-scientific disciplines are being rebranded as infant sciences, even though the only science involved has as yet little or nothing to say about them.”

Here’s a little on the one hand, on the other observation: it seems such landmark texts as Neurophilosophy and The Ethical Brain—which attempt to reconcile some of the greatest and most intangible feats of human existence with neuron activity and DNA replication—are more than a little premature in their conclusion, simply because there are untold miles left to go on the path to understanding every last neuron utterance in our brains and every last motive and provenance in our genes. Yet Scruton appears to dismiss the pursuit itself—a dogmatic and relentless pursuit that could describe the predication of any number of amazing things: seeing nature’s Golden Ratio or the Fibonacci Sequence played out in art and aesthetics; the math involved, conscious or not, in the canon of classical music. In effect, Scruton is lamenting the use of science to explain art and morality and ethics, as if the end result would be the end of art and morality and ethics.

Suppose his nightmares come true. Suppose, say, 20 years from now, scientists are able to crack open brains and point at the goo and say, “Yeah, this dude is a Republican, he’s a decent parallel parker, he would be a terrible lawyer but a terrific professional basketball coach, assuming he comes from a single mother home and goes to public school.”

That’s a little too glib and unfair to Scruton, but his essay is an emotional thrust with no discernible end point. He scoffs at self-evident neuroscience’s self-evident conclusions (“As though we didn’t know already that people feel pleasure in grooming and co-operating, and as though it adds anything to say that their brains are ‘wired’ to this effect, or that ‘neurochemicals’ might possibly be involved in producing it.”), not realizing that science, and empiricism itself, is generally going to start with basic facts and truths from which go at the larger ones. This isn’t that hard to comprehend.

It is difficult to read this essay and not sense a sort of fear—a fear that science dehumanizes us, strips us of what makes us real to each other. Brain imaging nullifies personality or free will or person-ness:

When we endeavour to understand persons through the half-formed theories of neuroscience we are tempted to pass over their distinctive features in silence, or else to attribute them to some brain-shaped homunculus inside. For we understand people by facing them, by arguing with them, by understanding their reasons, aspirations and plans. All of that involves another language, and another conceptual scheme, from those deployed in the biological sciences. We do not understand brains by facing them, for they have no face.

This is a bit mind-boggling. This well-reasoned, well-worded fear of science. Fear of the unknown, fear that knowledge is nefarious, or self-negating. To make a presumption, given Scruton’s religious writings, it is perhaps a fear of godlessness backed by brain imaging. For myself, it is self-evident that whatever answers are gleaned or hinted at through neuroscience, the person remains—the person remains to make whatever he or she wants of it. We know all about pathogens and immunizations and chemotherapy, and that hasn’t stopped billions of people from praying to a higher power in the event of sickness and catastrophe.

For the godless and the godly alike, the notion that the soul—the person, the self—is encoded in our blood and DNA and trillions of carbon-based interactions and not in some intangible Whatever is terrifying. And it is terrifying: wonderfully, mysteriously terrifying.