Drunk he was sadistic. 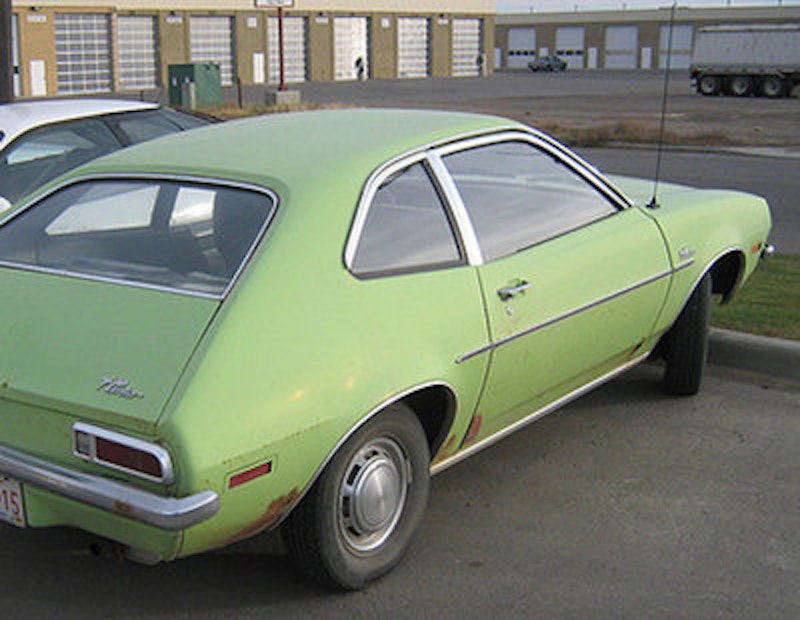 From the attic's lone window, he watched the houses across the street. All was quiet, no traffic, just a guy walking his dog. The trees were still, not a breath of a breeze disturbed a leaf this Saturday. He filled his pipe with Borkum Riff, lit it, and puffed while tugging idly at his beard.

He kept the photo of her in the bureau, the drawer with the mothballed woolens.

"Red, well really Ed, but everyone calls me Red because, well, you know..." He chuckled nervously.

When they met, late senior year at Marist, his long hair and full beard burst flame red, but now were dull.

"Red! Lunch is ready!" his mother called from downstairs.

On the second-floor landing he passed the door of the new tenant, Sheila, a young brunette. He'd seen her a few times in the hallway, said hey, but she paid him little mind. She had men to her place, he heard them having sex. There was no avoiding the sounds, even with a pillow over his head.

"My name's Cathy. I see you in English Lit. You sure know an awful lot about Poe and Browning! Very impressive."

Her oily face was blemished. When she smiled it was like a grimace, her upper lip pulling back to reveal too much whitish gum, but Red was dazzled. She'd noticed him. A girl had spoken to him, and appreciated him.

On the Formica kitchen tabletop, a tuna salad sandwich on Wonder Bread, potato chips, a sweet pickle, and a glass of chocolate milk with an ice cube were waiting for him.

For dessert, a Ring Ding, then he retreated to his room.

Their house was Civil War-era, but other than its age, not notable. What charm it may have possessed was eradicated with a quick makeover: cheap paneling, drop ceilings for the first two floors, and budget vinyl siding on the exterior. For years the second floor was rented to help make ends meet. The previous occupant, a car mechanic, was never late with his payments, didn't make too much noise. He was fine. But Red sensed something askew with this Sheila. What was with all those men?

Where the woods had been behind their house, where Red Mazzo had romped as a boy, loomed a welfare apartment complex, a monolith casting its shadow across their yard. Kids tossed stuff over the chain-link fence into the Mazzo family's above-ground pool: a bike tire, rocks, an old sneaker, bottles. Red's dad cursed while fishing out the garbage. Thirty years prior he passed on the chance to buy that acreage for a song, instead investing his money in bookies. If he'd bought the land then, he could've sold it to the developer, and made enough dough to clear the hell out of Schenectady, move to Florida. He hated himself for this failure.

Red took a break from staring out the window to lie on his bed. July sun beat on the roof. He was logy, felt a headache coming on. Lying there, he drifted to sleep, was just beginning to dream, when a rude honking from the driveway snapped him to reality. Jack.

Red bolted to the window and hissed through the screen to his friend below, "What's the matter with you! My mother's home! Watch your language!" His face flushed in fury and mortification. In response, Jack doubled over in laughter, slapped his knee. He loved to rattle the hermit.

Jack ran up the porch, banged the screen door open, then to Red's aerie, two steps at a time, barging into the small cell.

"Shh! My mother!" That made Jack double over with laughter a second time, spraying spit on the brown area rug. It was the funniest thing he'd ever heard. Furious, Red saw no hilarity in the situation, wondered if Jack was plastered, but didn't smell alcohol. And it was still early, even for Jack. Regardless, the headache commenced, full throttle.

Red didn't drink, was afraid of bars and drunks and fistfights. He'd only smoked pot a few times at college, the last time just before graduation when he'd had a "bad reaction." One afternoon, he and Cathy were with friends in his drab dorm room, passing a pipe around, when all of a sudden it hit him like a tidal wave of wet cement. Mouth parched, he felt himself get very tiny, the size of a bug. Cathy's face was chrome; he thought she was the Silver Surfer. The room tilted, then flipped. His stomach ached. A cold sweat broke out on his forehead, upper lip, and underarms. The beige walls blazed orange, and were reading his mind. To keep his teeth from chattering, he clenched his jaw shut. He didn't say anything for an eon, but one of their friends recognized something was amiss, so he and another guy walked Red to the nurse's office and left him there. Cathy didn't accompany them.

It was late when Red returned to his empty room after gathering his bearings with the help of a sedative from the nurse. He felt washed out. The inside of his mouth tasted like pennies. He was hungry, but the cafeteria was closed. Finding a Hershey bar in his desk, he ate it and went to bed, staring at the ceiling for hours.

Cathy deftly eluded him on graduation day. He wasn't introduced to her family. Red's mother was anxious to meet Cathy. Confused, she kept quizzing Red, "When are we going to meet Cathy?"

Sitting in the back seat of his parents' Plymouth, heading home to Schenectady, his throat was tight, his face and eyes stung in humiliation. He managed to hold it all in for the ride, made it up the stairs to his room, closed the door behind him, buried his face in the pillow. Then he rolled over, on his back, moaned, and let loose: tears, snot, and spit flying from his face.

A week prior to his bad reaction, Red and Cathy sat under a big campus tree on a sunny day, kissing. It was heavenly. He had a girlfriend. A first. Unbelievable. Life is good! That evening in her room she even permitted his hand to creep under her bra. Red wondered if this would be the night he yearned for. But no, she had to study. Finals. However, before he left she handed him a snapshot of herself. Back in his room, he put it in a frame that was a little too large for it, placed it on his desk near his typewriter, a muse to favor him. The following day, Red called his mother, collect, from the dorm hallway pay phone. With a wide smile he hinted about an engagement in the offing.

A few days after graduation, from his parents' bedroom, he called Cathy but her mother said she was out. Whenever he phoned, someone said she wasn't there. One time he could've sworn that someone was Cathy, but the voice impatiently insisted it was her sister, and then hung up on him. At the end of August, not a single call returned, he took her picture off his bureau and stashed it in the drawer

"Reddy, what say we hit Albany?"

Red's room was filled with books, mostly paperbacks he picked up at neighborhood tag sales for a nickel or dime. No job, he depended on a dollar a week allowance from Mom. The volumes mounted, largely unread, collecting dust. He'd always been the bookworm, but post-college he didn't knock himself out with reading—or much of anything. An English degree, yet when he sat down to write a poem? A blank. How did Dylan and Ginsberg manage to just bang out the masterpieces?

Once Red really tried rally his forces, to pinpoint on his childhood, conjuring up autumnal days, straining to channel Robert Frost, attempting to put into magical words the nostalgic images and smells of pumpkins and moldering leaves, but after an hour of awkward stabs, he crumpled the paper, tossed it into the metal wastebasket, the same one that Jack had violently vomited into one night before passing out on the floor, snoring like a bear, keeping Red awake most of the night.

Red detested riding with Jack. Sober, Jack was blithely cruel, but drunk he was sadistic. Invariably, on an outing, he bought a six-pack of Bud tall boys. Inhaling one beer after another while driving, he'd toss the empties out the window and quip, "Dee-scar-deeng zee ev-vee-DANCE!" Red fumed when Jack assumed that Frenchie voice, it was so inane. Jack was such a moron. And when drinking, a dangerous moron, veering out of his lane, speeding. There were times when a motorist, threatened by this erratic driving, would honk, prompting Jack to lean on his horn in retaliation, while flipping the bird. Red would sit there, terrified, mute, his mouth a small inverted V, like that of a mouse.

Regardless, as always, Jack's bullying worked: In his rusty puke-green Pinto they barreled to Albany, Jack having sworn on his grandmother's grave he wouldn't drink. Red felt he had little choice but to trust him. He didn't know how to drive, and it was too much to be cooped up all of the time, nowhere to go but a walk around the block. What other option was there? Maybe the air would clear this headache. He'd try to ignore this sword of Damocles, and pray that Jack's granny would use her influence from above.

In Albany, approaching the Plaza, Jack lit a Winston with the car lighter, then slammed on the brakes. Arm extended, pointing with the two fingers holding the cig, he said, "Fuck, Reddy! Look at that!"

Red leaned forward and squinted out the window and saw: His father strolling along the sidewalk,  his arm around the waist of Sheila, the renter. The lovebirds stopped for a passionate kiss, Red's dad rubbing her ass, right there in public. She moved her crotch tight against her man's leg.

Cackling, Jack said, "Holy shit! Your old man's getting some on the side!" Behind them a VW bus bleated. Jack muttered, crammed the Pinto into gear, stepped on the gas. Nauseous, Red gagged it down. He felt numb all over. Jack drove around until he found a free parking spot, pulled in, then said, "Maybe you can get in her pants, too, Red?" The devil dancing in his eyes, he added, "You must be pretty backed up, chum!"

They entered the bookstore, Jack zeroing in on the underground comix rack, Red shakily working his way to the poetry section, not that he could focus on spines or pages. He was lost, as lost as when he'd endured the psychotic pot reaction or that dismal graduation day. What if Mom finds out about this? It'll crush her. It's crushing me...

Suddenly dizzy, everything turning fuzzy white, he cautiously eased himself to the floor. Lying there on the cool Linoleum, he closed his eyes and recalled that time, sophomore year at Marist, when a kid he didn't know approached him and said, "I see you around campus, and I just wanted to say, you seem pretty cool. Not in any flashy sort of way, more understated. Literary..." before walking away, melting into the crowd.