Scott McClanahan’s The Sarah Book transcends his own divorce and becomes universal. 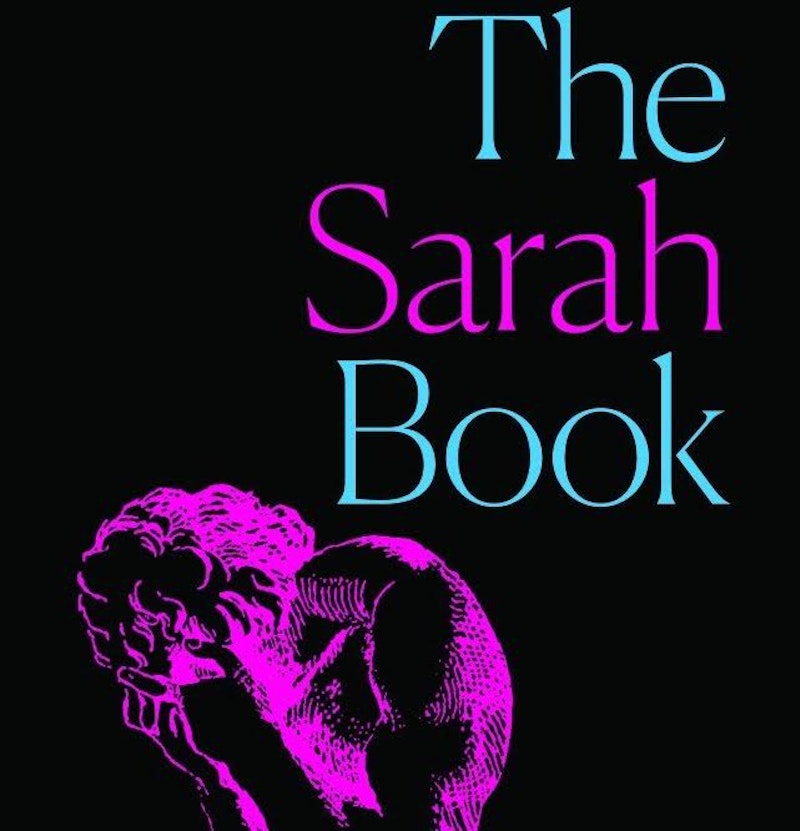 New York Tyrant Books has put out some great books, particularly David Shapiro’s Supremacist and Darcie Wilder’s literally show me a healthy person. Both were their respective authors’ second books—the latest, Scott McClanahan’s The Sarah Book, is his seventh book in nine years. Unlike Shapiro and Wilder (and most of the writers collected under the dubious umbrella of “alt-lit”), McClanahan’s book is not cosmopolitan. There are no subtweets, no hard drugs, no hypebeasts, no hipsters or cool hunters flitting about Manhattan looking for cocaine and coupling.

There is a through-line here though: transcendence and the fungibility of memory. All three of these books are full of people that aren’t fleshed out, barely even described. The Sarah Book is full of ghosts, including the woman it’s named for. It took McClanahan five years to write The Sarah Book, a fractured and abstract reflection on the breakdown of his marriage and his debilitating alcoholism. We open on Scott driving drunk with his young kids in the back, and they get pulled over. Scott narrowly escapes being arrested, trying his best to calm the hysterical children in the back: “The children were still crying, but I didn’t care now. I was free and I wasn’t caught and I was driving our death car so fast and unafraid. I was destroying our lives now and it felt so fucking wonderful.”

McClanahan avoids straight narration and omits basic details, turning what would otherwise be a run of the mill divorce into something universal. The vapors of this book linger, refracting off your own experience and other lives you’ve known. Lines that would otherwise come off as trite conjure something beyond words: “I drove home that night and I thought, ‘Maybe I won’t die because I’ve kissed someone.’” The Sarah Book reminded me of Ottessa Moshfegh’s Eileen, a much more structured and narrative-based book that nonetheless makes its inhabitants chalk outlines, vapor trails fading from the memory of a 75-year-old woman looking back at her life as a 24-year-old trapped in a house with an abusive alcoholic father and stuck in repressed Catholic New England. Both Moshfegh and McClanahan have fun with the artifice of the novel, frequently dismissing description and breaking the fourth wall to remind the reader that “you get the picture,” or, more frankly: “The dot turned down in the corner like a frown, but fuck descriptions.”

The Sarah Book is evocative because it’s sparse and fragmented, without any anchoring event or overwrought tragedy. Metaphor is obliterated: “I saw the clouds make ghost shapes in the sky and I saw how silly it all was. And nothing happened.” That’s life. The orchestra doesn’t come in when you sign your divorce papers, the strings do not swell when your wife is going into labor. After McClanahan moves out, he gets into a depressing apartment with his friend Chris, right behind a mosque. Drug addicts park outside, wait, shoot up, tense their “skeleton faces.” Danger looms. Scott and Chris fear they’re being stalked by strung-out junkies waiting for the right moment to rob them at gunpoint. But the man following them doesn’t have a gun or ill intent—he wants to know about the mosque. These things just happen. The effect of The Sarah Book is close to what Terrence Malick was trying to do with The Tree of Life, but where Malick fell flat on his face, McClanahan soars, making his banal life and its routine tragedies transcendent and universal. Seemingly random memories and details throughout his decade-long marriage to Sarah are woven into a cloak that could fit anyone. The specifics hardly matter—we have all loved and lost. The Sarah Book is bigger than any one person or one marriage.