Should We Crowd-Fund James Wolcott? 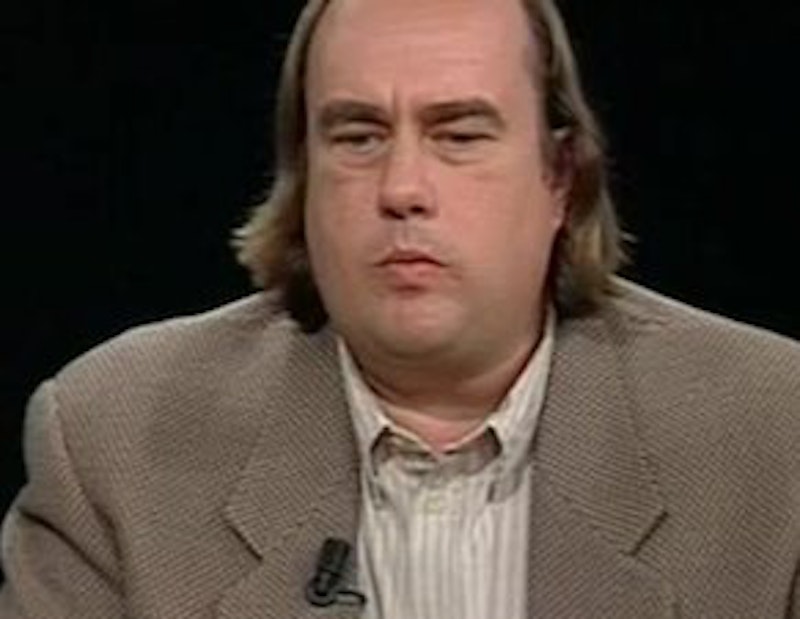 Among the good things of which capitalist “progress” has deprived the world—vinyl records, baseball cards, “princess” phone lines on which a responsible father could quietly eavesdrop on his daughter’s conversations, the unimpeachable authority of revealed religion—I suppose it would be trivial of me to mention Vanity Fair.

But, to cite Luther, here I stand; I can do no other. The fact is that I’ve read Vanity Fair as a “guilty pleasure” for well on 30 years, having picked it up in the Tina Brown-era and stuck with it until the bitter end of Graydon Carter’s editorial regime. The strange truth is that, despite my Hoosier rusticity and cultural traditionalism, I was always taken by the magazine’s zesty mix of forays into the mores of the international jet-set, Old Hollywood scandal stories, arch illuminations of pop culture, New York/Hamptons gossip, and glib interviews with homosexual style mavens. What can I say? I’m tempted to haul out the hoary old line of a certain admittedly gifted Brooklyn sexual degenerate poet: Do I contradict myself/Very well, then I contradict myself…

In reality, Vanity Fair wasn’t exclusively a guilty pleasure. Often it was an intellectually stimulating one, especially when it came to the essays of James Wolcott—and especially when Wolcott turned his astounding intellect to the Garden of Terpsichore, illuminating the art of ballet with a lucidity that we connoisseurs of the dance have not seen since the salad days of the delightful Edwin Denby.

But I wonder what will become of Wolcott now. Vanity Fair seems to have been shorn of its former gaudy splendor. A recent copy that I came across in a coffee bar in Cincinnati seemed emaciated, all skin and bones. In physical terms, it was a magazine version of that half-starved Slovenian call girl currently known to stalk the private quarters of the White House from time to time.

Content-wise, it’s traded its likeably vulgar pomp for the constipated “social justice” leftism that characterizes so much of the mainstream media these days, and thus doesn’t seem like an organ that can be counted on to publish Wolcott’s magisterial writing on ballet. I have the feeling that it’s only a matter of time before this master, Wolcott, whom I’ve called the best English-language critic since Edmund Wilson, is shown the door by the magazine’s young new female editor—or else ordered to write the sort of pap calculated to appeal to the online leftist Millennial audience that that editor is no doubt chasing. Either way, another important chapter in contemporary letters will draw to a melancholy close.

What “liquid modernity” takes with one hand, however, I suppose it can also give with another. I wonder whether Wolcott might in the future turn to today’s modish alternative funding platforms, like Patreon, Indiegogo, Fundly, RocketHub, GoFundMe, FundAnything, Thrinacia, Ulule, or Plumfund, to underwrite his important dance criticism in the post-Vanity Fair future. I’d be willing to contribute regularly to such a funding scheme—within my means, of course. Back-of-the-envelope arithmetic indicates that I could spare $87.79 for this purpose—that being the sum that that I’ve saved now that Mother and I have decided that she, rather than a hired man, will drain our basement sump basin after the recent spate of rains.