Living in a Culture of Deceit

“Are you with Verizon?” 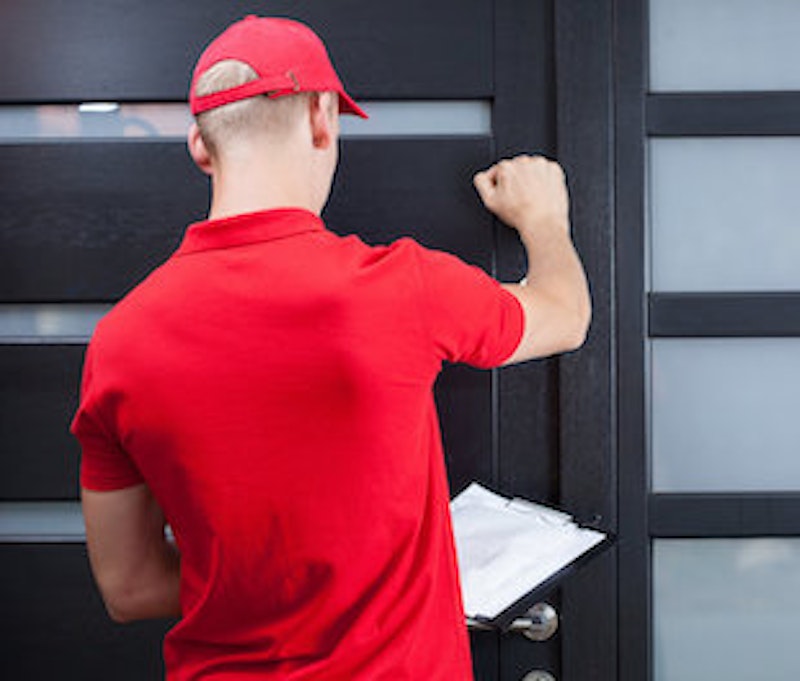 Language such as Verizon’s functions like the cynical usage of “universal human rights.” Seduce people with an illusion, then profit: make money, and enjoy worldly esteem, as well as a variety of pleasures.

One sees here what marketers share in common with neocon warmongers like Bill Kristol, Max Boot and David Frum, both types using sentimental manipulation to obscure egoistic ends. The same scam can be used to shirk accountability for the harm you cause—witness in particular the men named in the previous sentence, who’ll never take responsibility for the deaths and violence they wrought in the Middle East in the name of promoting “democracy.”

“Good morning, everyone. Have a nice day.” It’s morning rush hour, so the ambassadors, as they’re called, repeat these words, addressed to no one in particular, over and over again. I observe the vast, harried crowd that just got off the trains. It’s another work day, and their faces range from blank to weary to mildly irritated. Though unceasing, the ambassadors have no positive effect.

I get to work. It’s a medical center where I do research and various writing and editing tasks, and also more humdrum ones such as answering the phone, for a surgeon. After an hour the phone rings; there’s a man on the line who speaks in a serious and official-sounding tone.

“Good morning. I need to speak to the person in charge of the medical equipment.”

He’s clever, this hired insect, but I’ve played this game before.

“Who are you and what business are you with?”

Suddenly the jig is up. The man is a marketer. He doesn’t “need” to speak to anyone. My boss is not there and, alone in my little office, I’m rude. “We aren’t interested, and didn’t I tell you not to call here before?” Click.

Why the deceitful manner? Because the marketer was trying to fool me, to circumvent the usual outcome—not speaking to the person in charge—as if he had some important business to discuss.

During my lunch break I browse the Internet. More news about the Asians who are suing Harvard. I recall that, as justification for its admission quotas against this group, Harvard has determined that Asians are lacking in enthusiasm or some such thing. They’re not sufficiently zealous sycophants. Therefore, admit more blacks, lest they never stop griping about “racial inequality.”

My thoughts shift to politics: Will Trump be succeeded by a proper tyrant? Will the good team members get the whip they deserve? Who knows! I’m heartened, anyway, to see the president put the mindless sentimentalist Jim Costa in his place.

On to another website. Why look, Amazon and other corporations have further allied themselves to left-wing identity politics causes. They care about everyone’s rights. Nor should anyone be discriminated against just because he wants to marry his dog.

With God’s grace, I get through the workday without running afoul of my co-workers during our meaningless but stressful interactions. Walking home from the train station, I notice the bums have learned to enhance their begging by modeling themselves on marketing-types.

“Good to see you today, big guy. Got a dollar for a coffee?”

“That jacket looks good on you, sir. By the way, do you have an extra quarter?”

I don’t feel much contempt for these people, irksome though they are. I feel sorry for them, and am struck by the strangeness and absurdity of their language.

It’s different with most marketing interactions. For them my contempt is acute, because they consist of people pretending to care about me in order to get my money. This is a disgusting farce, however normal it may now seem.

Deceit with a smile and would-be pleasing words shouldn’t be confused with ordinary politeness. That’s a necessary social virtue, albeit often insincere. In “Concealment and Exposure,” an intelligent essay on our country’s vanishing public-private distinction, the philosopher Thomas Nagel imagines what life would be like if people always said what they thought:

A and B meet at a cocktail party; A has recently published an unfavorable review of B's latest book, but neither of them alludes to this fact, and they speak, perhaps a bit stiffly, about real estate, their recent travels, or some political development that interests them both. Consider the alternative:

B: You son of a bitch, I bet you didn't even read my book, you're too dimwitted to understand it even if you had read it, and besides you're clearly out to get me, dripping with envy and spite. If you weren't so overweight I'd throw you out the window.

A: You conceited fraud, I handled you with kid gloves in that review; if I'd said what I really thought it would have been unprintable; the book made me want to throw up—and it's by far your best.

At the same party C and D meet. D is a candidate for a job in C's department, and C is transfixed by D's beautiful breasts. They exchange judicious opinions about a recent publication by someone else. Consider the alternative:

D: Take your eyes off me, you dandruff-covered creep; how such a drooling incompetent can have got tenure, let alone become a department chair, is beyond me.

Though hilarious to read, this would be hell to experience. In Nagel’s words, “The trouble with the alternatives is that they lead to a dead end, because they demand engagement on terrain where common ground is unavailable without great effort, and only conflict will result.”

Very well. But tactful avoidance of conflict is different from the distinctly American custom of pretending to give a damn about how people are doing only to get into their wallets. Such phony conduct isn’t necessary. What’s more, it degrades employees who are compelled to practice it. Given the rank insincerity of these manipulative games, it’s weird that they should go on as much as they do. Why don’t people object to them? Why don’t we wish to rip off the masks?

Perhaps I’m a strange man, because I’m impatient with this stuff, while others just put up with it, and don’t seem much bothered by it, either. I’ve sometimes lost my cool when dealing with marketers and solicitors. For instance, about two months ago, it happened that three different Verizon solicitors rang my doorbell in a period of four days. Verizon is indefatigable when it comes to giving me the best network, the one I deserve. Now in the three-and-a-half years that I’ve lived in my apartment, I’ve dealt with Verizon solicitors at least seven or eight times. Before the last solicitation, I was always polite, telling the solicitor I wasn’t interested. I used to ask the solicitors to not return, but after repeatedly doing so in vain, I gave up.

Yet three times in four days was more than I could stand. So when, one night after dinner, the doorbell rang and I stuck my head out the living room window and saw a young man on the street with a clipboard in his hand, I asked him in a hostile tone, “Are you with Verizon?”

He looked up at me. “Yes,” he answered. That was all I needed to hear. “I told you people twice already this week that I’m not interested! Can’t you take the point? What are you, stupid?” He responded with a barrage of profanity, which didn’t surprise me—this is the City of Brotherly Love, after all. I then began throwing quarters at him. “You want my money, huh? Here it is!” I screamed, pelting him twice. “There’s a dollar! Now you can get something from the dollar store! It’s your lucky day, buddy!”

He took out his phone and, pointing it up at me, recorded the incident. I took out my own phone and told him I was going to call the police if he didn’t leave. Across the street there were two young black men—my neighbors—watching and laughing wildly. For a few weeks afterwards they’d laugh whenever they saw me. “There’s that crazy white guy.”

The Verizon solicitor did leave. But over the next few days he returned several times a day, each time ringing the doorbell and then dashing off. I called the police three times. Once they showed up, but it was much too late. One afternoon I chased him down the block, ready for a fight. This astonished him, I saw from the look on his face. I didn’t catch him. Still, he never returned after that.

The most absurd part of this story is what happened when I called Verizon to complain about the constant solicitors. After providing the requisite meaningless apology, the customer service representative asked me whether there was a no soliciting sign on the door. There wasn’t, and since I didn’t own the building, I wasn’t sure whether I could put one up. I’d have to clear that with the landlord, and there were other tenants, who should probably be consulted. But why should I have to go through such trouble?

So I filed a complaint with the Federal Communications Commission. A week later, a high-ranking person from Verizon called me. He apologized profusely, in a predictable and saccharine manner. Verizon would do an “investigation,” he assured me. This behavior was unacceptable. Two days later the man called me again. Once again he was sorry, for Verizon was unable to identify the harassing solicitor, and believed the person was a scam artist pretending to work for the corporation.

It’s all the same, I thought.

—Christopher DeGroot is a columnist at Taki's Magazine and the editor of The Agonist. Follow him on Twitter: @CEGrotius.