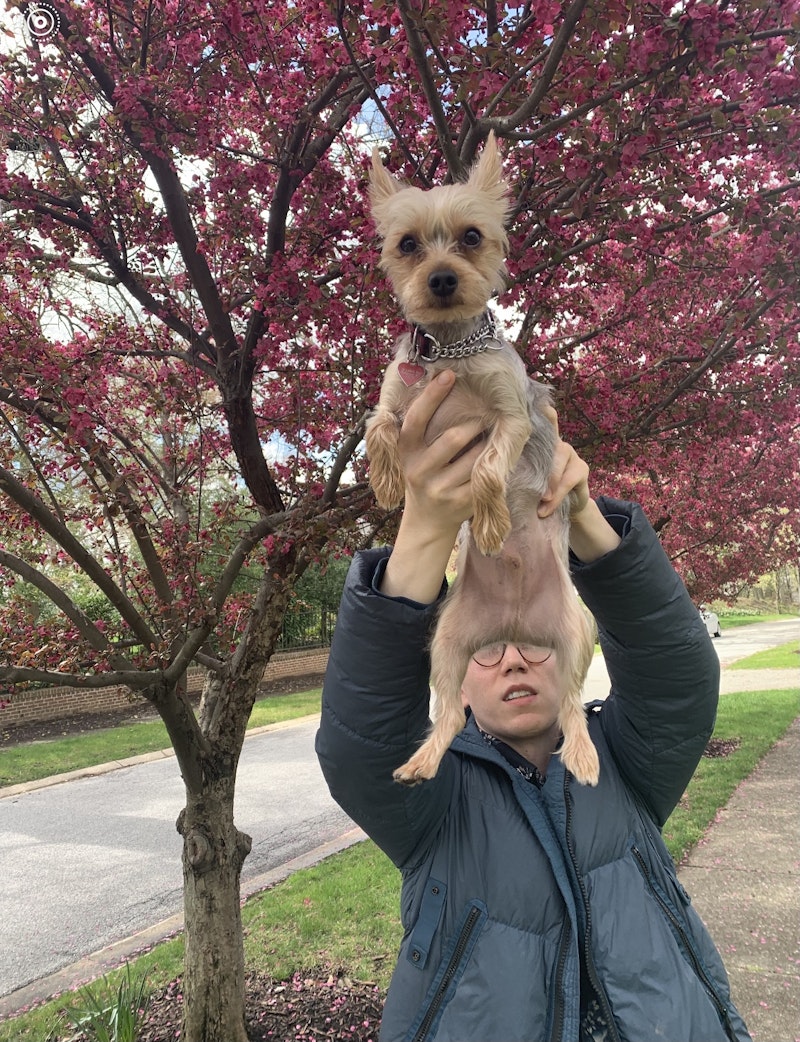 Say what you will about Baltimore—and many, including some who’ve never foot in Maryland, cite the crime, historic government corruption (State’s Attorney Marilyn Mosby, under federal indictment, is running for reelection this fall), a sketchy police department, de facto segregation and the disappearance of independent retail outlets and restaurants—but for three seasons out of four (winter is dreary), if you look past the blight, it’s a beautiful city. And not just in the well-heeled neighborhoods that bear the brunt of property taxes; travel south down Charles St. from Northern Parkway to Federal Hill, best by foot, and the architecture, most notably the churches that are on every other block, monuments that haven’t run afoul of the current culture (and those structures, many depicting Civil War notables, ought to be put in museums rather than destroyed), cobblestone streets, the grand houses in Mount Vernon, and now that spring has sort of arrived, the outstanding foliage is something to see.

Pictured above is a pair of cherry trees—they’re all over the city—on our front lawn (my son Booker is holding the family dog Billy Smith) at its flowering peak. The bright red brilliance lasts just 10 days or so, unless cut short by a series of rainstorms, and sometimes my wife and I just look our bedroom window to admire them. On occasion, a fox will scurry by and for a moment it resembles one of those trite Currier and Ives pastoral prints that were once on the walls of many a middle-class home. (No judgment here: a “highbrow” matron or alleged gentleman could walk in our house, and upon examining my third-floor office, filled with cheap chotchkes from all over the world, ratty-looking religious icons and faded newspaper and magazine covers, would gasp before emitting a noxious tut-tut.)

Last week, I was watching a Red Sox day game against the Tigers, which the so-far flat Sox won, and during commercial breaks every so often I’d go outside to the back yard for a quick smoke. Again, except for winter, when the barren trees make you think you’re in Soviet-era East Berlin, it’s a visual onslaught of every shade of green and brown, and although I wish the cicadas chirped every year, the parade of rabbits is decent compensation. When I hear a fire siren, I know that rain’s on the way; and before the pandemic leveled the already-close-to-leveled Amtrak, a small, and perhaps provincial pleasure of mine was to step out at midnight and without fail hear the train whistle of a train just about to arrive at Baltimore’s Penn Station. (That’s one of my favorite buildings in the city; so magnificent from the outside, but a dump indoors.)

Anyway, on that April 13th, when I tended to my nicotine needs outside, a next-door neighbor, an amiable high school athlete who must’ve been on spring break, was blasting some serious tunes. First was the Stones’ “Can’t You Hear Me Knocking,” the Sticky Fingers song that Mick Taylor owns with his searing guitar solo (and whenever I hear that song, I think about the music Duane Allman—killed in 1971—and Taylor, who left the Stones after five years, could’ve made; never happened, but Jiminy Cricket and his band of rarely-spoken-of villainous creatures, that would’ve curdled the brain cells); next was Steely Dan’s “Brooklyn,” from the band’s first record, and finally David Bowie’s frenetic “Fascination.” I’m certain the young fellow also played current songs that are unknown to me, but I sure liked his playlist at the time. Had he included Blind Faith’s June 7, 1969 cover of “Under My Thumb” in London’s Hyde Park, I would’ve ducked under the hedges to go shake his hand. (In contrast, the college kid on the other side of the house that night was working in his garage and playing a Toto album, which was so disconcerting that even Billy Smith awoke from his slumber to bark so loud at the racket that I thought his trachea would collapse.

On the topic of the early baseball season, I read The Wall Street Journal’s Jason Gay’s “Why Baseball is Haunted by Ghosts” on Monday, and agreed with his main point, once he temporarily abandoned his gimmick of pretending to be a ghost (referencing MLB’s ghost-runner on second base in extra innings). I find Gay hit-or-miss on sports, although he’s very knowledgeable, but always read him. I can’t stand the “ghost-runner” in extra innings, although it’s not as bad as the now-abandoned seven-inning doubleheaders. I’m partially the longtime fan Gay describes: “The fuddy-duds are furious, and baseball has more fuddy-duds than any sport besides golf.” As I wrote two weeks ago, I’m in favor of advertisements on uniforms, and relivers having to face at least three batters is reasonable, so even at 66, that puts me on the borderline of the “fuddy-dud” crowd. I don’t know many fans who like the “ghost,” but Gay is correct when he says that players and owners think it’s swell. Never mind that Gay embarrassingly calls that probable fact a “dirty little secret,” since the guys who play and pay never want to slog through 17-inning marathons that decimate bullpens and no in-park revenue is made since the concession stands are long-closed. I think it messes with the competition, and even if I’ve hit the hay before game ends, it’s important for the competitive division races (of which only the American League East counts for me).

The New York Times ran an advertisement for the Democratic Party on Monday, barely-masked as a “Guest Essay” by Sen. Elizabeth Warren. A hobbyhorse of my friend Crispin Sartwell is that obviously ghost-written opinion articles are nothing more than press releases, whether it’s “written” by a politician (of either party) or celebrity. Warren’s collaborator surely listened to the Senator’s thoughts and tapped out a pro forma “progressive” formula for winning the midterms this November. The article, headlined, “Democrats Can Avoid Disaster in November,” begins with this fiction: “Democrats are the party of working people.” At one time, that was fairly accurate, say 1948. While Joe Biden is given back-handed credit for his tireless efforts on behalf of the “working people,” Warren’s prescription for Democratic victory is championing climate change, student loan debt cancellation, taxing billionaires more (it sounds good; but won’t yield much revenue) and banning members of Congress (and their spouses) from owning or trading individual stocks.

Tellingly, the words “inflation” and “recession” are absent from this “Guest Essay.” Warren’s an obstinate scold, but I assume she’s smarter than, say, Rep. Madison Cawthorn. Surely she, and her staff, understand that escalating prices is the key issue of the Congressional elections. The price of gas, six-packs of beer or soda, produce and meat (and the many controversies at public schools), as well as the lingering effects of Covid lockdowns will drive voters to the polls. Not climate change. That leads to the assumption that Warren is gearing up for another presidential run in two years; unless Donald Trump beats the odds and wins the GOP nomination, that’s good news for Republicans.