Ben Thompson is the Michael Bay of historians, and that's completely alright. 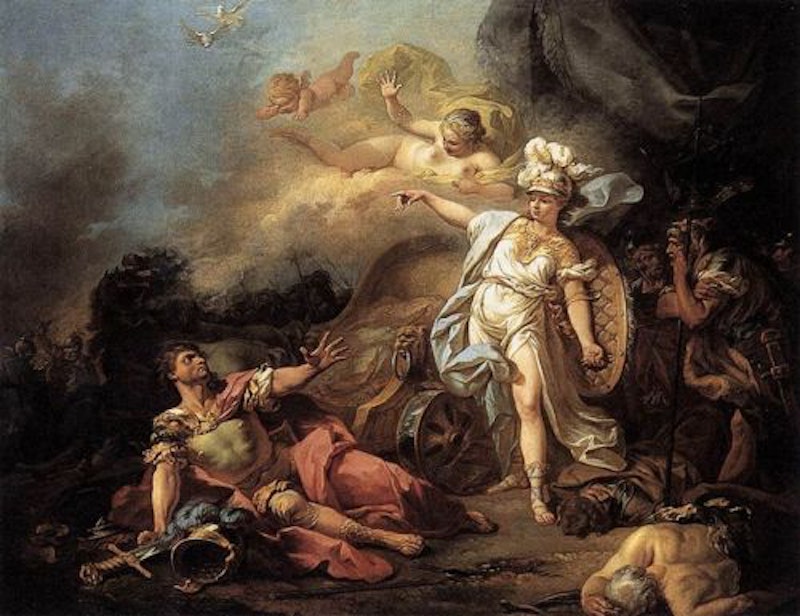 Ben Thompson, the Internet's foremost Badassologist, is back to rub history's collective garbage in all of our faces. As the curator of BadassOfTheWeek.com since the site's inception in 2004, Thompson has given amateur historians prime fodder for academic anecdotes, making everyone's humdrum day at the office just a little more hardcore. It's a winning niche; Thompson has parlayed his mild notoriety into steady humor writing gigs over at Cracked.com, Fangoria, and elsewhere, and is the author of three books, the most recent of which, Badass: Ultimate Deathmatch, has just been released by HarperCollins.

While the previous two installments featured mostly unrelated tales of historical badassery, this volume represents Thompson's first foray into something resembling a theme (beyond, of course, the recurring motif of "and then tons of people died in increasingly macabre ways"). Each of the 40 tales is, at its core, a fight to the death between two diametrically opposing forces, whether in the form of two armies, a pair of dueling knights, or a gang of diabolical thieves versus one veteran Gurkha with a blade so big it'd make an Australian feel inadequate. One of the best things about Ultimate Deathmatch is its diversity of content; Thompson is not content to merely highlight Greco-Roman or European cutthroats, but also features ass-kickers of both genders from India, Japan, Russia, Korea, and so on.

For anyone who is remotely attracted to the field of world history, then, this book is a winner. Thompson, a lifelong history nut, has compiled a truly comprehensive list of ridiculous-but-true stories of victory (and occasionally defeat) against impossible odds, individual tales of bravery, and supplementary factoids that make the reader learn without actually feeling like anything remotely collegiate is taking place. In fact, Thompson said of his first book, Badass, that his goal was partly to make middle- and high-school aged kids “feel like [they're] reading something [they're] not supposed to, but [they're] actually learning something.” And while Ultimate Deathmatch glosses over some details that would get in the way of its breakneck action-movie pacing—like the Pope's motivation for declaring the First Crusade; you know, little stuff—it's still entirely factual and well sourced, the perfect gateway book for the pubescent Die Hard fan in your life.

What's interesting about Thompson's take on the “badass” concept is the way in which he presents the major players in each story. Sure, there are de facto “heroes” and “villains,” but when you're talking about guys who beheaded thousands of prisoners and tortured hostages by shoving spikes into their heels and mounting candles on those spikes, “sympathy” is not an emotion that comes easily. The point of badassery is not that the actions detailed are necessarily admirable; rather, the overarching determination of each of these men and women to accomplish their goals, no matter the cost or obstacles, is what is legitimately praiseworthy. When writing about U.S. military exploits, Thompson does tend to wax slightly jingoistic, but it's not particularly noticeable unless you're looking for it.

The downside to Thompson's lowbrow style is that it makes his writing hard to read for longer than a half hour at a time. It perfectly highlights the difference between writing for the Internet and crafting a full-length book. Reading a short Cracked list of the greatest last stands ever, for instance, will take you five minutes at the outside. Slogging through an entire section of Ultimate Deathmatch becomes tiresome once you realize that there are only so many times you can read about Spartan generals teabagging their enemies and performing similar acts of testicular fortitude and/or mutilation before the whole joke gets stale. Those who are familiar with Thompson's site will notice certain stories that have appeared there before, but have now been judiciously edited by some heroic HarperCollins staffer, making the end result at least a little more bearable. This simply isn't a book you can read all at once—it's something to be picked up here and there, when it suits your mood, the content slowly being digested over time, like the contents of a Rancor's stomach.

That's not to say Ultimate Deathmatch doesn't succeed in its mission—on the contrary, the very passages which make me roll my eyes will undoubtedly capture the hearts of budding teenage war-history nerds everywhere. I honestly look forward to the day that our children can walk into a college classroom and hear about “the totally bitchin' Aracaunian War,” and if there's any book that can hasten its arrival, I'm certain that it must be this one.