My week as a Staten Islander. 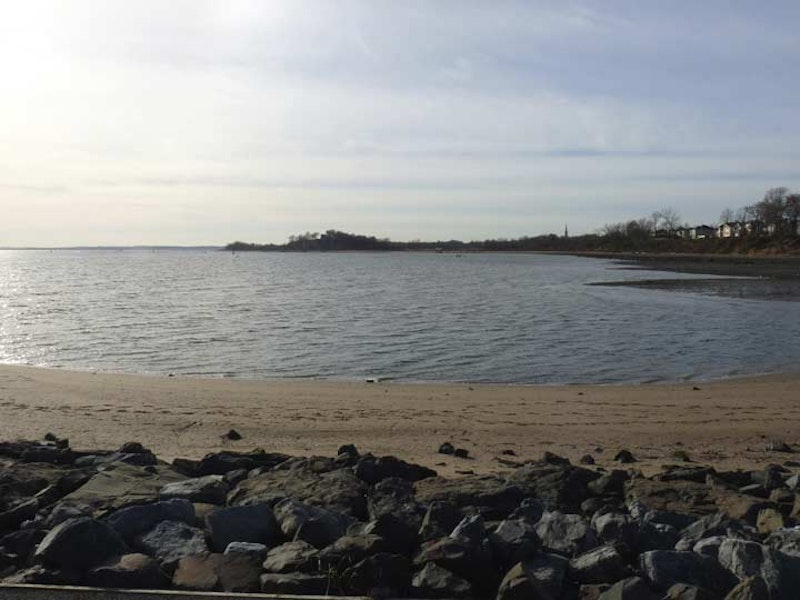 In February 2005 I was hard at work writing Forgotten New York the book on the HarperCollins imprint. As part of my work, I was shooting new photos for all 650 entries to be featured. I realized that getting Staten Island photos would be difficult in just a few months, because it’s a long commute by Long Island Rail Road, subway, and ferry from fab Flushing, where I was living at the time. Even if I did have a car, the exorbitant and usurious Verrazano Bridge toll would tax my resources.

Therefore, I obtained a room for one week at the Harbor House Bed and Breakfast at #1 Hylan Boulevard, overlooking the Narrows, just across the street from the Alice Austen House. It was quiet and secluded, away from the city, which was visible on the horizon across the water. A rooster crowed at 7 a.m. most days I was there.

The week was dominated by hiking throughout the island, taking buses all over, and obtaining hundreds of black and white photos with a film camera as requested by my editor. I had a Staten Island bus map with me and charged up the Metrocard sufficiently for a week. For me, it was a rewarding experience and I recommend it to anyone. The Harbor House is still open and one of these years, while I can still get around easily, I’ll do it again.

One of the places I visited in 2005, and have only been in once or twice since, is Prince’s Bay, on the south shore of the island about 3/4 distance to the end of Staten Island and the southernmost place in New York state in Tottenville, Ward’s Point.

Confusion has existed for decades about the neighborhood’s correct spelling. According to tradition, Prince’s Bay is so-called because before the Revolution, a British prince, the Duke of Nassau, who later became William III (he co-reigned with his wife and first cousin Mary II as William and Mary), once anchored a vessel in the actual bay at the foot of today’s Seguine Avenue. The name of the area is properly spelled with an apostrophe, though variants due to mispronunciation like “Princess Bay” have appeared in print. The French Huguenot Seguine family were early settlers in the area and resided here for a couple of centuries. 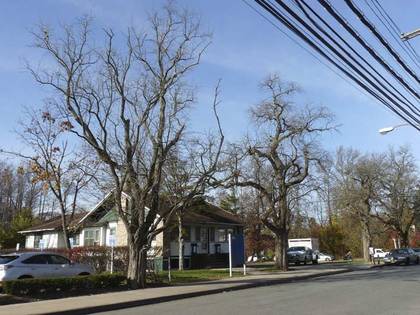 South of Hylan Boulevard on the west side of Seguine Avenue are a couple of stands of osage orange trees along the side of the road. They were planted by the Seguines at the encouragement of family friend Frederick Law Olmsted, the co-creator of Central and Prospect Parks, who lived nearby in Eltingville from 1847 to 1853. Another group can be found at the fence bordering the Seguine Mansion a few blocks south. Osage orange trees can be recognized by their craggy trunks and green, grapefuit-sized fruits that are generally inedible. The wood is extensively used for gateposts and for the bows in archery. Though they were originally native to Texas, they are fairly frequent now in NYC’s larger parks. The species has nothing to do with the citrus family of plants. 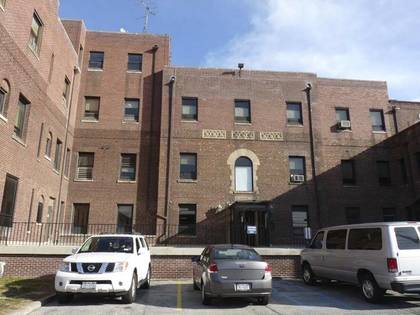 Staten Island University Hospital stretches along the west side of Seguine Avenue between Keating and Melville Streets. It was instituted in 1935 as the Richmond Memorial Hospital and the original building still stands on Seguine and Melville. The original brick building was boxy and utilitarian, but there are interesting elements like the quatrefoil designs above the front entrance. SIUH has two campuses in Staten Island, here and in South Beach along Seaview Avenue. Unfortunately, its original building on Castleton Avenue in New Brighton, a magnificent, castle-like structure, was abandoned and left to collapse for two decades before it was finally razed. 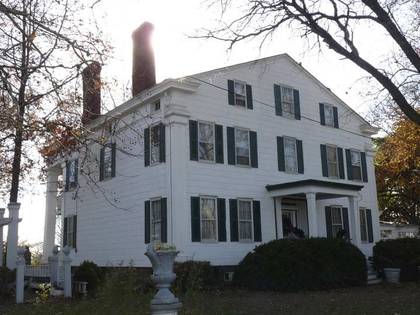 At the end of Seguine Avenue stand two historic buildings associated with the Seguine family whose fates couldn’t have been more different.

Joseph H. Seguine’s grand Greek revival mansion, built in 1840 at 440 Seguine Avenue but entered from Hank Place, is reminiscent of Southern plantation houses. Joseph Seguine was a prosperous oyster trader, entrepreneur, farmer, and first president of Staten Island Railroad, which still has a Prince’s Bay stop. Unfortunately, the house’s most attractive feature, the porch with two-story pillars, is inaccessible from Hank Place, this being a privately-owned dwelling. The porch is best seen by the public from Lemon Creek Park at the foot of Seguine Avenue in winter.

Joseph Seguine (1801-1856) was also the president of the Staten Island Oil and Candle Company. He could walk to his place of business, since it was located in a large complex on Purdy Place just a couple of blocks away from the mansion.

In 1981, George Burke purchased the house and magnificently rehabilitated it. He donated it to the NYC Parks Department in 1989; the city will use the mansion as a museum after Burke’s decease. The house is open to the public on limited occasions such as Open House New York weekend in October. 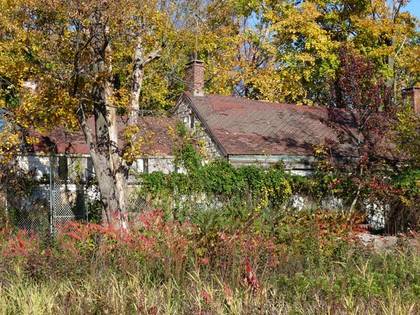 This boarded-up, abandoned farmhouse, the Manee-Seguine House at 509 Seguine Avenue at Purdy Place may be one of Staten Island’s oldest dwellings. It has passed through the Seguine and Manee families, both early area settlers; the Manees likely added to an original one-room dwelling built late in the 1690s with a two-story fieldstone section early in the 18th Century. The Manee family sold the house and lands to the Seguines in 1786, and Joseph H. Seguine spent his boyhood here. By the 1870s, the house had been sold to Stephen Purdy, who operated it as a resort hotel for a few decades.

The old house is best seen today in winter from Purdy Place; a closer view can be had if you brave the weeds and thorns and walk right up to it from there. Since I saw it last, a chain link fence has been placed around the old building, making it harder to photograph than ever. Most passersby consider it an abandoned hulk and never guess that some of the building is 320 years old. The Manee family were French Huguenot (Protestant) immigrants, as were the Seguines. 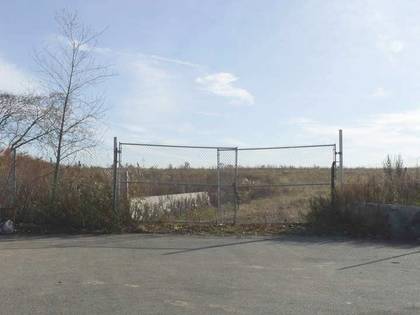 Nothing much to see here at Purdy Place and Holten Avenue—an empty swath of grass at the edge of Wolfe’s Pond Park protected by a locked fence. However, this was the site of the S. S. White Manufacturing Company, once the main employer in the area—at one time the largest producer of dental supplies in the world.

Originally, the dental works had been a palm oil manufacturing plant instituted by Joseph Seguine in 1873, then a drain pipe factory, until in 1876 the Johnston brothers, Algernon, Wilbur, Melville and William, purchased it and turned it into a dental supplies factory.

In 1881 the Johnstons merged with a dental supplies firm founded by Samuel Stockton White in 1844. The White complex attained its largest size in 1927 and remained in Prince’s Bay until 1972, turning out anything found in a dentist’s office including dental chairs, drills, metal fillings, toothpaste, mouthwash, dentures and bottled anesthetic gas. The company then relocated to Piscataway, New Jersey and has split from its parent company: there is now an S.S. White, which produces flexible airshafts for aircraft and state of the art surgical instruments and an S.S. White Dental, which continues to produce dentures and dental equipment.

There is one remaining  legacy of the White plant, though: street names Johnston Terrace, Wilbur Place and Melville Street.