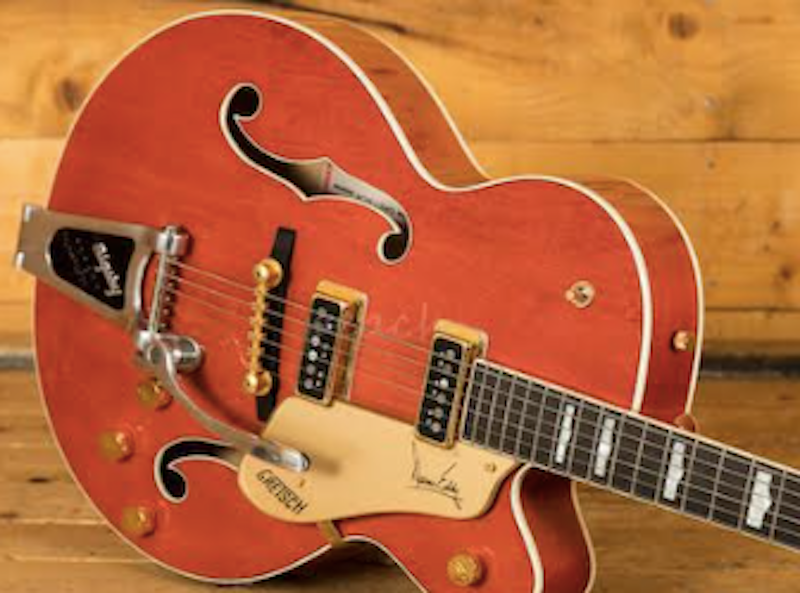 And there's the lie of omission.

March. Deep cold in Prentice. Deep as the twang of guitar man, Duane Eddy, riding a heavy gauge open low E string on a Gretsch, dropping that E a half-step, boy, via the magic of a Bigsby tremolo bar. Deep. The kind of deep that shakes a soul. I'd have to spin a Duane disc this afternoon on my radio program. It's the kind of sound that will resonate across the span of my audience, the way few others do. The hausfrau, the mechanic, the farm hand, the teenager, the shopper, even gramps. They'll tell you: there's always time for Duane. He's like the Fourth of July and Christmas and a lazy Saturday all in one.

Looking up from the paper and a late breakfast, I said, "So I see."

Her voice gets more annoying every day. Married just these four months, and each day the irritation factor embedded in that nasal whine rises a notch. It's like marking a child's growth on the door jamb. A notch that is rock-solid, a punch to the ear.

"Tammy Lake. I haven't explored that area beyond the factory," she replied, with a toss of brunette tresses.

She looked sharp in black ski pants, they hugged her in all the right places. And those mittens are cute, real cute. In fact, I'd say she's real cute, 100 percent. She doesn't know it, but I've seen photos of her before the nose bob. Early in our relationship, at the family home, Sheri and Mother out shopping, I was snooping around shelves in the refurbished basement, a Raphael Soyer lithograph gathering cobwebs, only slightly atilt, over my shoulder, as I stumbled upon the yellowing photo albums, a treasure trove of history hidden. Yep, I would've steered clear of Sheri Klein Mach 1. That was a honker, worthy of the Great Durante. But now? Not bad, not bad at all, the doc was a pro, an artist. The Brookline women come and go, talking of Michelangelo with his magic scalpel-o.

Granted, Sheri's beauty is not on the level of Alexis Prentice, an apparition of spun honey, the queen of violets sprouting driven snow. (Sigh...)

Ever since the advent of Sheri, Alexis has been a sore sight, as rare as a bedbug in Buckingham Palace. Damn.

Going through those photo albums was the first time I saw pictures of the old man, Moe.

Moses Isaac Klein. Poor bastard. He looked like a tough old bird, a grimace pasted on the fat face of that Blue Hill boy. He was Klein's Furs of Boston, brought home the bagels, keeled over from a grabber at 56, leaving his two girls with a bundle. Never mentioned, let alone eulogized. No photo on the mantle.

After Sheri left to skate, I drove the T-bird to the station. I don't put chains on the Bird. While that may be the best, it looks square. Snows all around is plenty good, looks clean. And here's a tip, pilgrim: keep the snows on year round. Don't do no harm. And instead of changing tires every six months, you only change them when they wear down. The powers that be won't tell you that. By keeping their yap shut, they've got you running around like a headless chicken, paying through the nose like a dang fool.

I clicked the radio off, listened to tires on pavement, a sound, a music, all its own. Gentle, soothing, almost like a string section. A chorus, a wordless chorus a distance off.

I like winter. The colors are muted. Dead. White, of course. And ash gray, tin silver, flinty black. Whatever little foliage you see is brown or the dark green of the firs. Yet once in a long while, a burst of blue. Just long enough to tease, then back to Andrew Wyeth. It's easy on the eyes, no glare, no vulgarity. My red car is like an atomic burst in this landscape.

I was an hour into my program when the police report came in; someone had gone through the ice on Tammy Lake, not far from the factory.

In Prentice, everyone knows. That's why there aren't signs up. Everyone knows the factory dumps its used water into the lake, warm water, making the ice in that area very weak, even in the coldest of times. Gosh, even I, who's only been here since last spring, know that.

A few minutes later, word arrived: the victim was female, dead. Presently, a trooper, hat in hand, thumbs rubbing the brim, here to break the bad news to me. I put on a hale act of disbelief, then ashen silence. He seemed like a good guy. I hated to see him put through this, but I guess it comes with the turf. Fred was happy to take over the mike for me, and I was on my way to the morgue for the official identification. It was as you'd expect, like on TV or the movies, the corpse in a sliding drawer, the sheet pulled back.

It’s such an odd sensation to see someone you know, were intimate with, dead, bluish pallor, when you'd seen them just a few hours ago full of pep. I had to grab a chair, sit, and put my head between my knees. I was offered a cup of hot black coffee, which I accepted.

Dreadful sorry, Sheri Klein, but you knew as well as I: if you pulled a gun on me once, the second time would be easier, quite possibly fatal pour moi. It's a cruel world, kiddo. Survival is the name of the game. Not that I'm delighted with this. Au contraire, I would've been happier if you'd stayed out of Prentice altogether, let the sleeping dawg lie. Sheri was probably incapable of leaving well enough alone. Some people can’t help themselves, no self-control. Not to say there weren't good times. There were. And I'll recall them with a smile. Danke schoen.

Then the dreary drive home, feeling queasy and clammy. Scotch and soda tonight is ixnay. A long cool swig of Pepto will have to suffice. Calling Mother Klein won't be a picnic. But once that chore and the funeral are swept out of the way, I've got some clear sailing. I'll be truly independent of Boston, of my past. Before you can say Jack Robinson, it’ll be spring, one year of Prentice under my belt, some solid history with the place. I'm a local celebrity complete with a most tragic tale, the stuff of legend. Not too shabby.

I flicked on the TV, watched with half a mind. And that half-mind wandered as bullets ricocheted off boulders, palominos whinnied, Injuns dropped like flies, and black hats swindled a kindly widow out of the deed to her ranch. My thoughts rambled from Beethoven to bumble bees to skid row bums to a car skidding to a halt, on and on, until I looked up, blinked, and decided that a Scotch and soda wasn't out of the realm of possibilities, after all. In fact, make it two, easy on the soda.

Some say the lie of omission isn't a lie at all. Others contend that it's the biggest, the dirtiest, lie of all. Okay, if the latter is true, why aren't our prisons full of reporters and newscasters and shapers of opinion?

Keep your eye on the shiny object, friend. Me? The good old days lie dead ahead.