But I'm Not Quite Him

After my dad died, my understanding of him crystallized somehow. 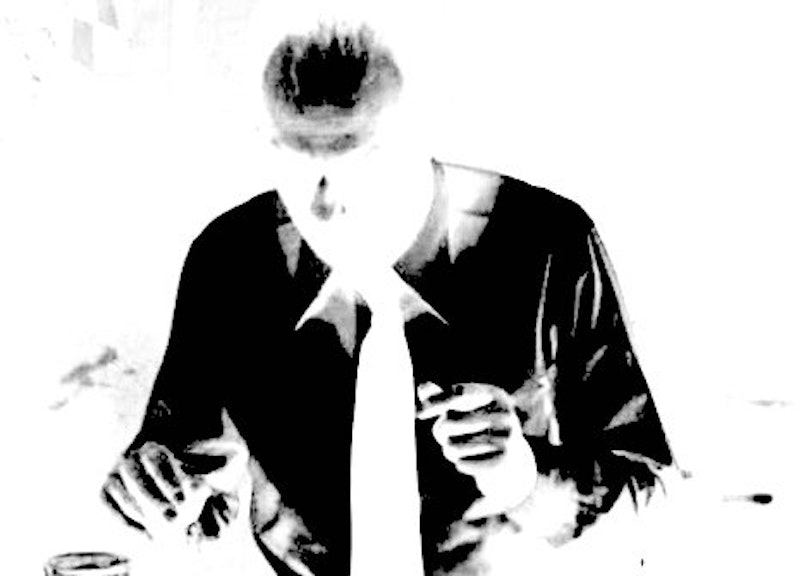 I was out drinking on the night my dad died. I was sipping on foamy fruity pints of IPA and acting a clown, while my father was lying 15 miles down the road in a hospital bed drawing his last gargled breath. Maybe, as I was drinking tequila shots, he was looking expectantly around the room. Maybe, as I was laughing and smoking, he had panic in his eyes. Maybe, as I was dancing, he was finally letting go. Or maybe none of that happened. I’ll never know.

Word eventually reached me via a call to my mobile. I was in the back of a taxi with my then-girlfriend pulling up to her dad’s place. I took the call, tipped the driver, and we skulked into her house. After emotionally relaying her heartfelt sympathies, she fell asleep on the sofa. Drunk. Leaving me with her heavy head on my lap and staring at a reflection of the mantelpiece through the black of the window. I sat there for at least an hour, the room’s overhead light blaring out. I was pranged out like a kipper.

I gently laid down her head, called another cab and made my way over to my mother’s place, unannounced. It was around 30 miles away, and the hedgerows, corners and tree outlines came with their own memories. The ditch where I’d scooped out a pond tiger; the bus stop where I’d kissed Rachel Clerkin; the corner that gave me the creeps because my mum had crashed her car there once and injured her thumb; the place where I’d found a discarded porn mag; the corner shop I’d stolen tobacco from. It was hardly poetry, but my reflective ambivalence had managed to create an air of silence between the driver and me, and I was thankful for small mercies.

I can remember my dad telling me about the moment he’d found out his dad had died. He was called off a rugby field, and delivered the sorry news by the coach. My dad said—I suspected with a certain pride—that he’d attempted to carry on playing the match. They wouldn’t let me back on, he said. It was all very bullish. Death, that’s just something we deal with.

He actually died two years later than that, but because of the way he died I like to re-remember the whole thing and try and forget about the two years he spent in care unable to walk and talk.

But these things are sent to strengthen us. Or so we’re told. I think about all the other father-and-son relationships, and the special kind of weirdness that exists between them.

And as I come in, swinging through the back door to my mum’s narrow kitchen reeking of booze, knocking over the dog bowl full of water, and clattering about attempting to fry bacon, egg, and tomato, she must’ve thought I really was my father’s spirit.

Now, when I look in the mirror, I see his shoulders, his legs, his hairline, and his lips. My understanding of him has crystallized somehow. I even hear his voice occasionally. But I’m not quite him.

Besides, as he often said, he was better at rugby.