Bouquets and kittens and candy canes. 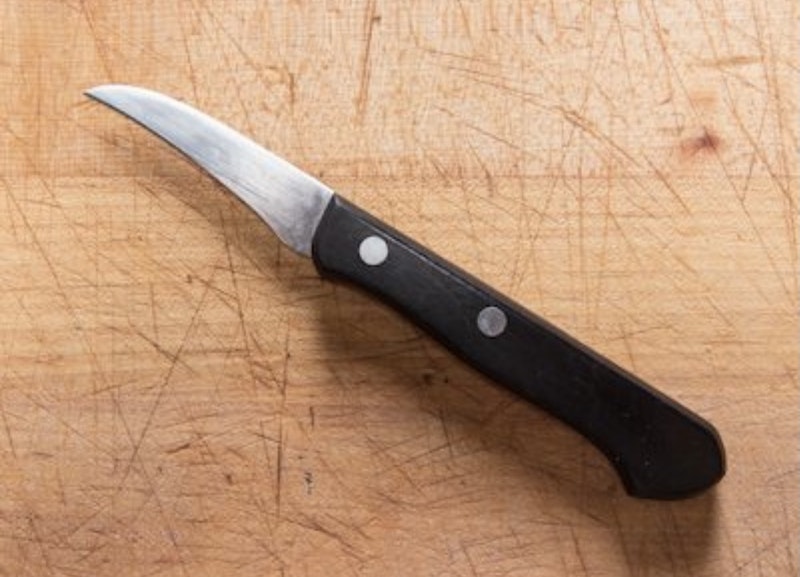 That lemon chiffon pie that my mom baked on the Fourth, when I was five? It was during a rough time, the Depression. Pop had just lost his job, but that pie made everything okay, at least for a while. All the contrasting ingredients added up to a greater whole; it was sweet and sour. And I swear it was the same hue as our kitchen wall phone. Sometimes I wonder about connections, but now there are more pressing matters.

"Keep looking, champ. If you don't find it, we'll go to Woolworth's and get you a brand new one!"

I handed Luke a cap gun, picked him up, trotted him out the kitchen door, walked him to the middle of the backyard, plunked him down. "Play time, kiddo! Kill some Injuns. Or some Germans." He whimpered, "Want my Huck'berry Hound mask."

"Stop acting like a little girl. Your sister has more backbone than you."

"No one likes a crybaby!"

I stormed back into the house, steaming, the screen door slamming behind me.

The atmosphere that evening at the Silver Knights headquarters was steaming, too. The Quonset hut was jampacked with angry men. Any discussion was nil. Zeke commanded, no one objected. Three cars left the headquarters pointed to the home of Melvin Zelnik, the owner of Prentice Drive-in Theater. Zeke was furious that the good name of our town was sullied by such a purveyor of rancid garbage. "Burns my biscuits, no end," he fumed.

We roared across the bastard's lawn, burst out, poured gasoline all around the foundation, and lit a match. The place was an inferno, an instant inferno. Zeke knew for a fact that Zelnik wasn't home, was at the drive-in. And Zelnik's a bachelor without pets. And the house was of no historic importance. So all we were doing was sending a message. A message loud and clear: we do not tolerate vermin.

It was a glorious sight, a righteous sight, that huge orange flame punching the black night, turning night as bright as day. The heat burned the air going in our nostrils. It was good, cleansing.

Zeke noted, "Just a glimpse of what this so-and-so can look forward to for eternity if'n he doesn't mend his ways. Listen! Could be his wakeup call. Could be the biggest favor anyone's ever done him. Oh, and isn't it gonna be fun when he reports this to the police?" Ed Brady guffawed to that, then assumed a blasé tone, "Gee, I don't see any problem, Mr. Zelnik. Your house burned to the ground? Maybe you should've been more, um, careful? And say, didn't you arrive in town just about the time this peeping Tom began to do business?" We all laughed. Someone pointed out that Zelnik didn't move here until a month or so after the first incident. Ed shot back, "Aah, so what! I can make his life miserable in so many ways." More laughs as we piled into our cars and sped away, heads held high, mission accomplished.

Someone asked Ed Brady if the police had any leads regarding the peeping Tom. Ed replied, "The only solid piece of evidence we have is that Huckleberry Hound mask. We dusted it for prints, but it's no one in our file. Tomorrow I'll send a set of the prints to the FBI. Fingers crossed, so to speak. Heh! Any sort of pun unintended."

Knowing that my prints weren't on file anywhere gave me the confidence to pipe up, "I hope they can give us a name! This son of a bitch needs to be nabbed, and pronto!" Considering the seriousness of the topic, I let my language get a little salty, for impact. Normally in Prentice "ess oh bee" would've been pushing the boundary.

The next day I was in a funk. The presence of Audrey cast a pall on my days. When I got to the station I poured a cup of coffee, and once on air I read the news, a farm report and gave the first side of a new bossa nova album a spin. I played it straight through to give myself time to brood and plot. What to do? Grow a beard? Wear sunglasses everywhere? Nah, not in Prentice.

The sultry sambas were good to think to, and it was the sort of music that'd go down well with my listeners from teens to grannies. I avoided most rock, made an exception here and there. Chad & Jeremy were fine. Basically, they were The Brothers Four repackaged. Old wine, new bottle. It's good to be up-to-date, but most of the other rock and roll rubbish out there? Won't fly.

After side one, I gave the time and the weather, and launched into side two. It dawned on me that being on the air was too risky. What's to stop Audrey from turning on a radio and recognizing my voice? I felt nauseous. Man, oh man, what mess. It was like one of those dreams where you find yourself walking down Main Street in your underwear. Exposed and tingly. Only there's no waking up from this. Maybe she's going to leave town soon? I've been pretty lucky in life, but how many lives does this cat have left?

Marjorie Kane is of average height, slim, and wore a dress hemmed below the knees, and an apron. At the kitchen table she pared apples for a pie. Without thinking, she sighed. Zeke was in the living room staring into space. Marjorie had never experienced this before. Zeke had always been her rock. But the disappearance of Roger had thrown him for a loop. And just prior to that, the peeping Tom plaguing Prentice Hill had shattered something in him. And more recently all this business of the beloved drive-in turning into a degeneracy pit. Zeke had confided to her, "I cannot believe what is happening. It just doesn't make sense. Why? Why is this happening? I pray, I search for a reason, for an answer. Moses had his trials and tribulations for 40 years. But he was Moses. I'm only me."

More than that, from the get-go, Marjorie hadn't liked Roger Kane. Oh, she knew, all too well, how head over heels Placid was for him. And Zeke placed immediate trust in Roger, rolled out the red carpet, ushered Roger into the Silver Knights, privately petitioned the board to waive the introductory protocols. And Anne and Luke were lovely children, even if Anne tended toward the bossy and Luke was, well, whiny. But there was something about Roger that set Marjorie's teeth on edge. Not that she could put her finger on it. At first she dismissed it, blamed herself for being prejudiced against an outsider, the big city boy. But that wasn't it. Not really. There was an intangible that was wrong, just wrong. And something didn't sit right with Marjorie regarding the death of his first wife. What was her name? Sheri? Sheri Klein? The police certainly found no evidence of malfeasance. But it was odd, to say the least. Troubling even. And beyond that, Marjorie simply didn't trust Roger. There was something squishy or furtive about him, something sweaty. When she was brutally honest with herself, say, when she was alone, walking the back 40 and let her guard down, she could admit, even voice out loud after looking over her shoulder: she hated Roger Kane, despised him with every fiber of her being. In fact, she wished him dead.

Marjorie glanced down to see her right hand gripping, tightly, the paring knife, her knuckles white. She exhaled and put the small knife down, gently, and stared out the kitchen window. Her shoulders slumped. Then she rested her forearms on the tabletop and closed her eyes. And she thought thoughts of murder and began to rock back and forth, to a quiet rhythm. And she thought, "I don't know anything about guns. That's Zeke's department. But I can wield a knife, boy. I can fillet a trout like a pro. I can dress a deer like nobody's business, mister. Farm girl here." Then she shook her head and forced pleasant thoughts. Bouquets and kittens and candy canes.