A Journey through Ohio, a Night in Cleveland and a Socially Awkward Nephew (Part Six)

Gerald was tired of living only as a reader. 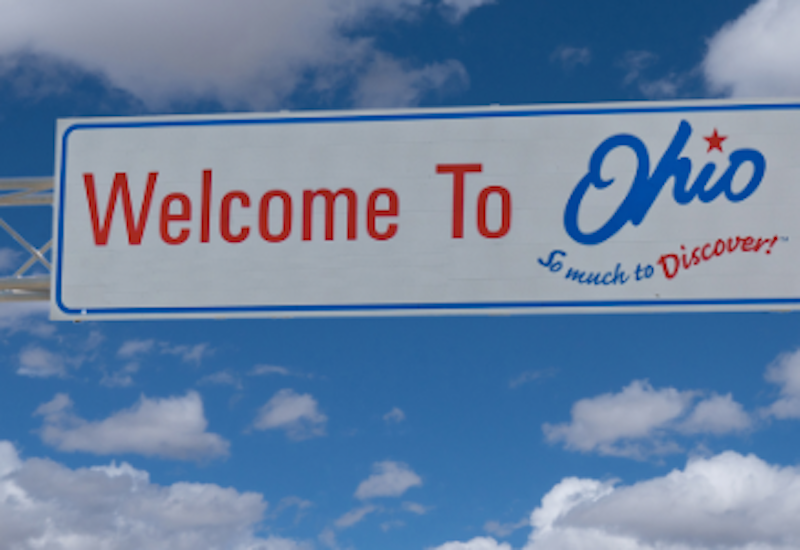 Parts one through five.

The rest of Gerald and Philip’s drive to Cleveland was ruminative. The novelty of being on the road was gone, the tension had been released, and their stomachs were full.

Northern Ohio. Rusted-out belt. The opioid crisis Gerald had read about for years was palpable driving through small town Ohio. They listened to Coltrane for an hour. Then Philip chose a melancholic 1980s new wave mix. Gerald put on his noise-cancelling headphones without saying a word, but he could still hear the repetitive drum machine through his expensive, new headphones. He’d write a scathing review on Amazon later.

When they’d seen the “Welcome to Ohio,” highway sign, they’d gotten into a discussion about the early-1800s and the Underground Railroad. Gerald loved Colson Whitehead’s historical novels, often giving them as gifts. In places like Ohio, Indiana and Illinois, slave-owners were constantly searching for those who’d escaped to freedom. When visiting Cincinnati long ago, Gerald saw a photography exhibit on The Underground Railroad. In Southwestern Ohio, where the Ohio River promised the hope of freedom, there were a few incredible wooden steps built into the banks and hillsides along the river. Gerald had one of the images framed on his wall. He spent many long moments imagining the climb to freedom. His father’s mother, born in New York City just before the 20th century began, heard stories in her family of that climb. Philip hadn’t heard any of those stories. Philip looked more like a Middle Eastern Jew than anything else. Gerald’s light brown complexion and hair made him look less distinctly Jewish. He’d been forced to live in that in-between space that Americans who don’t obviously belong to any one ethnic background have to live within. It was one of the reasons for his retreat into words.

They drove past endless farms. Soybeans. Cornfields. Sheep. Whenever Gerald left the Northeast, he was reminded of the country’s enormity. The term “Rust Belt” wasn’t flattering. Manufacturing towns left to rust after the factories shut down. Western Pennsylvania. Ohio. Indiana. Every four years Americans began paying attention to the people in these places, those that made up a large portion of the middle class before the bottom fell out. Being an American was to dream of opportunity, but only occasionally, in rare moments of solidarity and union, for opportunity to present itself to the many.

Gerald wasn’t sure if he’d lost hope. He felt hopeful when he came across a brilliant novel. But he was tired of living only as a reader. It was why he was out here, with Philip, driving through these fields. He was looking for a spark, before his body, the one he’d long ignored while words flew by on the printed page, betrayed him. Gerald believed he’d get to 75, which gave him another decade or so, but who knew? The last year, as the numbers of dead ticked up every night on the screen, he felt the distance between himself and love. The distance between himself and life. The distance he’d wanted at one time.

They arrived at the hotel in Cleveland in need of showers, toilets, food and solitude. There were several great options for patio-dining near the hotel. After cleaning up, they met in the lobby and came up with two choices each. Narrowing it down was the hard part. After a few passes, they agreed.

“This place has some interesting appetizers,” Philip offered.

“I usually avoid fried foods,” Gerald replied. “Salad and then entrée works for me.”

“What about a burrata appetizer? With prosciutto and tomato jam. I’m salivating.”

“Ten-minute walk,” Philip announced, and off they went.

It was nice to see people out on the street again. The evening was calm with a breeze blowing in off the lake. Cleveland was an odd city, often overlooked. At dinner, they were mostly quiet, worn out from all the driving. Philip had a strange habit of watching other people eat. Gerald tried refocusing him a few times, but Philip was staring at a man eating grilled flatbread, dipping it into hummus.

“What is it, Philip? He’s eating hummus.”

“He’s chewing with his mouth open, don’t you see it?”

“Is there an issue?” asked the bespectacled young man. Philip looked away at last. The man asked again, “Do you have an issue?” Philip returned the agitation. “Well. I’ve been sitting here with my uncle. Enjoying this lovely burrata and I can’t help but notice you’re eating with your mouth open.”

“I’m just wondering why you don’t chew with your mouth closed. I’m sorry, it’s not my business.” Philip was visibly distraught.

Gerald turned in his seat toward the man. “I apologize. My nephew has trouble with certain idiosyncrasies. Enjoy your meal.”

“That’s right he has trouble. Leave people the fuck alone!” the man spat the words at Philip and then stomped back to his table.

Gerald ordered another beer and they sat shaking their heads at the confrontation.

“Why can’t you stop yourself, Philip? Dammit!”

“It just got to me, I’m sorry,” explained Philip, dabbing at his mouth with his napkin.

They strolled back toward the hotel. Gerald wanted to be alone. Philip was embarrassed and a bit drunk. Gerald gave him a hug and they agreed to meet at seven a.m. for breakfast in the hotel restaurant. Gerald spent the next half-hour on the phone with Rebecca. They’d see each other in two nights. Gerald told Rebecca how Philip refused to accept how badly he needed anxiety medication. Rebecca told Gerald how she’d been taking Ambien to sleep for the last few years and it helped, though she realized she shouldn’t drink more than a glass of wine before taking it, or she’d sleep until 11 the next morning.

Before they got off the phone, Gerald was quiet for a moment.

“I like this,” Gerald said. “I’m really looking forward to being with you for a few days. It’s been a while since I’ve been with anyone.”

“Me, too,” Rebecca responded.