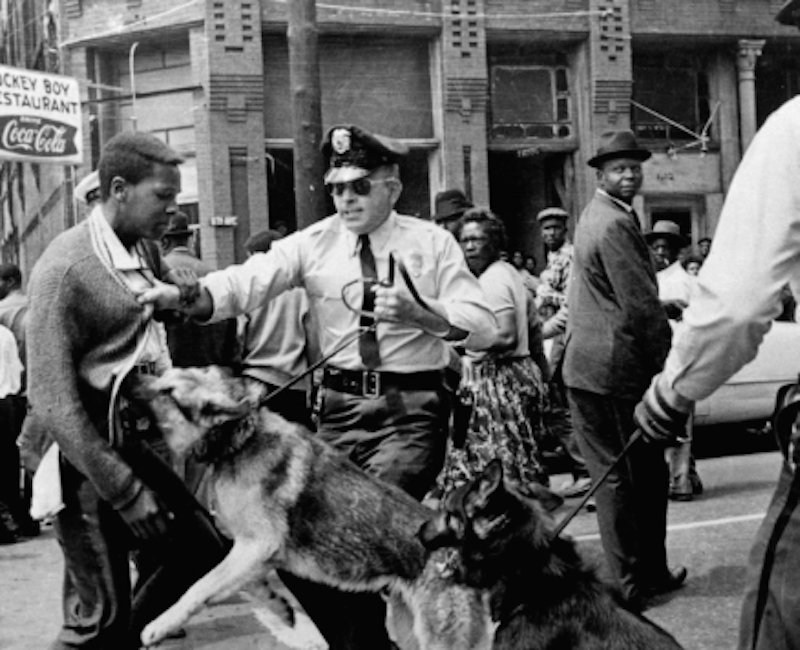 “This nigger’s head is going into left field,” said the guy in a Mets cap with a shaved head and bushy mustache.

His partner, in full NYPD riot gear nodded his head, adding, “Make it hit the bleachers!”

As they were pumping themselves up for the riot that just began that summer of 1988 in Tompkins Square Park, my girlfriend, Wendy, and I, rounded 10th St., and ended up staring both these guys square in the eye.

“What the fuck you lookin’ at?” asked the Mets cap guy in his wife-beater tee.

He had on his police issue pants, complete with belt strapped around his waist, up high, so reaching for his pitch-black baton was easier.

I knew to keep my mouth shut to the uniform and the cadet, but Wendy hadn’t lived in New York long enough to understand the eggshell walk we engage in with our boys in blue.

“I heard what you said,” she told both officers, to their faces, as they held a terrified black guy no older than 17. With his backpack and new sneakers, it was obvious he was a high school student.

The bushy mustache guy began to yell something as his hand moved toward his baton when officer fuck-face reached for his hand and stopped it.

“Now what do you think you heard?” he said facing Wendy.

At this point I stood between both cops and their captive, blocking Wendy from them. I put my forefinger over my closed lips and “ssshhhhd” her. “Don’t tell me what to do,” my girlfriend yelled at me, “you don’t fucking own me.”

“Don’t tell me anything, George,” Wendy shouted at me, with her hands on her hips. “Yeah,” said the caterpillar-faced guy, “don’t tell her anything, George.” Both cops had a good laugh. The black kid, however, was frozen. Scared shitless.

“My boyfriend,” Wendy started with the cops, “sometimes he...”

“You mean George,” one of them said. Wendy nodded her head and both cops tried to hold back their laughter. “Good,” I thought, this “George and Gracie” or “Lucy and Ricky” routine is working. Even if my girlfriend wasn’t in on it.

All of a sudden the black kid somehow got free of Helmet Head’s grip and ran up Ave. A.

“We have to help,” Wendy yelled at me, furious, “you caused it.” Before I could answer, a question, or a “what-the-fuck” we heard IT. IT sounded just like the wife-beater had said. A baseball hit so hard it was no doubt going to be a home run. I told Wendy they’d hit the guy, it’s too late, and we gotta run.

This was obviously a police riot. We’d went there earlier having no idea what kind of shitstorm we were walking into. “How do you know they hit him,” Wendy yelled at me, tears running down her face, trying desperately to cling to whatever shred of denial she could. I just looked at her, tears running down my cheeks as well.

An hour later we found ourselves squeezing into a bar on 7th St. as its gates were coming down. We had to beg to get in, along with the longhaired blond boy we’d met along the way. Turns out he was in the area that night to go on a first date with a girl he had a longtime crush on. He’d been afraid the whole school year before to talk to her, but summer was ending and he told me he would’ve kicked himself if he didn’t ask her out.

Turns out she not only accepted, but invited him over to meet her parents, hence the torn suit he was wearing, his jacket ripped open in the back to expose the red and black bruises he’d received before he met up with us. I said, “Ladies first” as Wendy walked into the shuttering bar. We could hear the cops making their way up the street. On horseback. And a bright light was blinding us, and I swear I heard a helicopter.

“Go in,” I yelled to the kid, “I’m right behind you.” But he wouldn’t. He quickly explained how great it was to meet us, and was thanked us for helping him get away from some cops earlier. Over his shoulder I saw cops with their batons out, waving them around like big black dildos. Not knowing what to do, I ran in the door and grabbed the kid’s arms to pull him in. He was halfway through the door when we heard that really loud “crack” again, like a baseball headed toward the bleachers. Then we saw him dragged away. Bloody and unconscious. Wendy tried to grab him but the bar’s shut the gate, and we never saw him again.

Two weeks later we wasted many hours at the CCRB, Civilian Complaint Review Board, which was housed at the 9th Precinct that covers the East Village. We were greeted by two weasels with bushy mustaches and balding heads. As we tried to file our complaint, they twisted our words around no matter what we said so I walked out in disgust. Wendy came out a half hour later in tears.

“I was just trying to tell the truth,” she said over and over again.

Thirteen years later, I found myself working along side the NYPD. Trying to save their lives and pensions while the World Trade Center burned. Some of them were actually pretty good guys, and I began to think that cops weren’t so bad after all. But after the last couple of weeks, and those familiar sounds and sights of heads getting cracked open, I’m back to “Fuck The Police.”