Back to Stockholm St.

Unrest leads one to the architectural equivalent of “comfort food.” 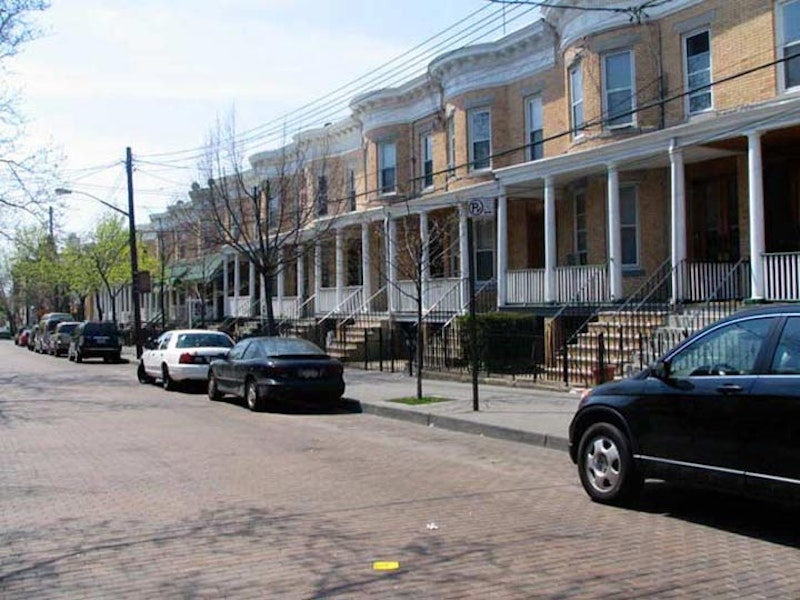 It appears that New York City’s recovery will be a long slog, as COVD-19 slowly loosens its grip and might tighten it again; the death of George Floyd continues to cast a pall and protests and riots are ongoing; and many ravaged businesses, socked by the one-two punch of the coronavirus and rampaging looters, will recover slowly or not at all. The lone optimistic note in early June was the downtick of unemployment figures.

As an enthusiast of New York City’s infrastructure of present and past, I tend to return to the architectural equivalent of “comfort food” and think about my favorite NYC blocks, such as Stockholm St. in Ridgewood, a neighborhood in Queens just over the Queens line from Bushwick. For many years it was considered almost “honorary” Brooklyn as it had Brooklyn postal codes.

You could call Ridgewood’s Stockholm St. the yellow brick road of Queens. Its main claim to fame is a charming landmarked block boasting 36 homes built with yellow brick from the Balthazar Kreischer kilns of Staten Island. The street itself is constructed with red-brown brick from the same kilns—and it’s the only brick-paved street in the borough. On this block, time passes slower than usual, and it look like it did a century ago.

There are similar rows of yellow brick houses elsewhere in Ridgewood and in Long Island City—some clusters of them have been awarded NYC Landmark status—but only the ones on Stockholm St. have the thin, Doric-columned porches, and this quality has also earned it recognition from the Landmarks Preservation Commission.

Bushwick and parts of Ridgewood long ago were nicknamed Old Germania Heights; dozens of breweries and German beer halls used to dot the side streets. Old brewery buildings and the mansions where the beer barons lorded it can be found there, too. Former German strongholds such as the East Village, Yorkville, and this area have evolved and changed over the decades. 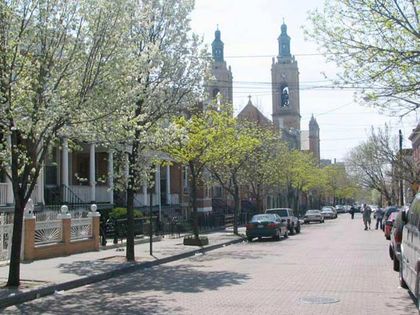 The yellow-brick homes—which sit on the northeastern end of the street, between Onderdonk and Woodward Aves.—were nearly all constructed between 1907 and 1910, when German-Americans and immigrants from Germany were developing Ridgewood.

St. Aloysius Church, built by architect Francis Berlenbach between 1907-1917 at Onderdonk Ave. and Stockholm St., is the largest building in the city constructed with Kreischer brick. At 165 feet in height, its twin campaniles are rivaled only by the Spanish Baroque St. Barbara’s R.C. Church at Central Ave. and Bleecker St., eight avenues to the south. 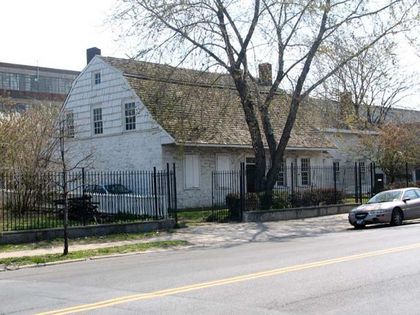 Near Stockholm St. is the historic Van Der Ende-Onderdonk House, also known as the Van Nanda-Onderdonk House. Built around 1710, the structure—currently the home of the Greater Ridgewood Historical Society—is the last in a group of colonial-era Dutch houses in the Ridgewood-Maspeth area.

It was likely built by a farmer, Paulus Van Der Ende of Flatbush; his heir Frederick Van Nanda owned it in the late-1700s and early-1800s. It was sold to Adrian Onderdonk in 1831, and his descendants lived in the house until the late-1880s. The adjacent street, Onderdonk Ave., is named for the family. 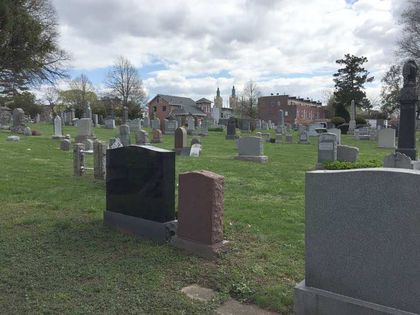 Just up the block at Woodward Ave., with an entrance on DeKalb, is the ancient Linden Hill Cemetery; there are actually two Linden Hill Cemeteries between Woodward, Grandview and Metropolitan Aves. and Starr and Stanhope Sts.: Linden Hill Methodist, accessible from Woodward Ave. and Hart St., and Linden Hill Jewish (Lahawith, or Ahawath, Chesed), on Metropolitan Ave. east of Starr St. The Jewish cemetery is the final resting place of longtime Sen. Jacob Javits (1904-1986), while a notable permanent occupant of the Methodist cemetery is playwright and Broadway producer David Belasco (1853-1931). 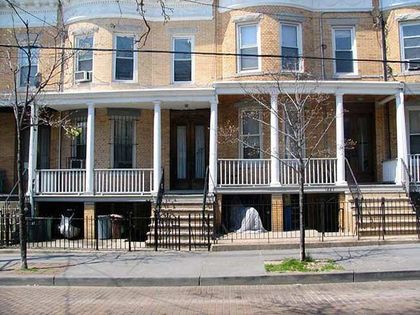 It turns out Stockholm St. was not named for any historic Scandinavian community in the area (there were certainly large ones in Bay Ridge and Sunset Park). It was named for two brothers, Andrew and Abraham Stockholm, according to Leonard Benardo and Jennifer Weiss’ handy Brooklyn By Name. The brothers provided the land on which Bushwick’s Second Dutch Reformed Church was built in 1850. It’s still standing at Bushwick Ave. and Himrod St.

The street is also home of the private residence home to the Newtown Historical Society, one of the two I’m involved with along with Greater Astoria Historical.