Give Us This, Our Daily Dread 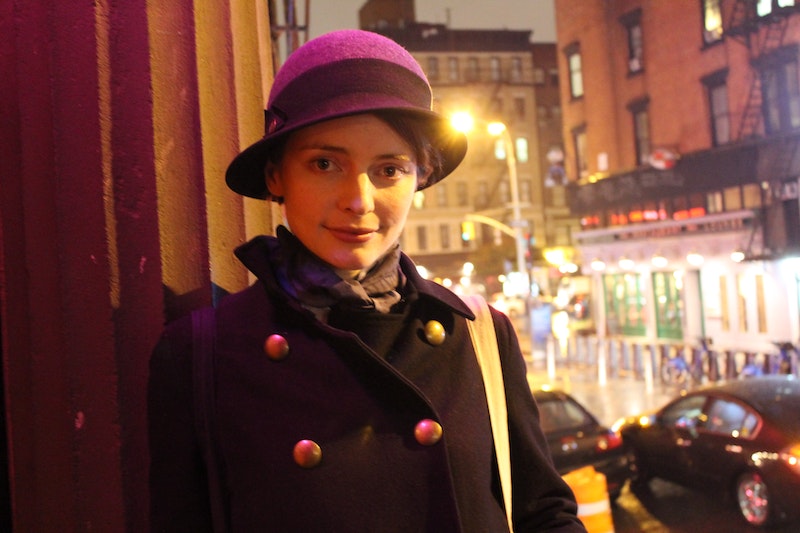 A chicken can survive up to 18 months without a head. This has been proven and well-documented. You have to leave some of the brainstem intact, as happens during inexact beheadings. You feed the chicken through a straw that delivers nourishment to its throat. If you do all that, then—much like the modern novel—the chicken will just go on existing, in a directionless fugue state, long after its real ties to this world have been cut.

Some of the best recent attempts to console the novel for its growing irrelevance in the Golden Age of Streaming Television are being made by a Canadian writer named Emily St. John Mandel. Her first novel, Station Eleven, won the Arthur C. Clarke award, which is given annually to anyone who’s willing to write better than Arthur C. Clarke. That debut took my breath away several times. It had this creeping sense of postmortem existence that works really well when you feel like a) there’s no history anymore, because things never really change, and b) somehow, at the exact same time, the world is ending. In Station Eleven, there’s a troupe of actors who go around performing Shakespeare, in the post-apocalyptic world, after a global pandemic has wiped out most of humanity. The point is supposed to be that the world will always need stories. The characters talk openly about how one needs to do “more than survive.” But it feels both strangely appropriate and sad that the novel must advertise its own relevance and timelessness in this way—above all because Shakespeare wrote for the stage, his era’s equivalent of Netflix. The conception of him as a master on the printed page is much more recent; it only really took off after he was long dead; and was, in fact, something of a publicity stunt for all those other writers who started popping up after the printing press was invented.

The question every novel must answer, now, is what it can do better than high-definition, on-demand television. The public is growing impatient with the lack of good answers. When a novel manages to be talked about everywhere, like American Dirt, that’s usually a bad sign. It presupposes cheap and dirty tricks. What everyone’s experienced, jointly, are works of art like Breaking Bad or Avengers: Endgame. But the one thing Avengers: Endgame will never do, but a novel can, is allow you to rent space inside somebody else’s head. A novel is company in a way that movies and television shows are not. In a show like Friends, you’re watching people navigate social space from the outside. You can invite yourself in, but you’re a voyeur. In a novel, you’re helping a writer make sense of their own troubled, subjective inner space. You’re essential; without you, to paraphrase Berkeley, the novelist would never truly exist or be able to put ghosts to rest. And Emily St. John Mandel makes excellent company, both in Station Eleven and in her new novel The Glass Hotel.

Let me show you what I mean. At one point, she destroys an imaginary career in a single sentence: “He’d fallen into a territory between classical and electronica and had no confidence in his work.” That sentence is one of those fantastic constructions that keeps you laughing for 10 minutes while, intermittently, it punches you in the gut with awful melancholy. How many young ambitious people, usually trained in keyboard instruments, or occasionally the cello, have you heard of (or spoken to) who have landed in that exact same Nowhere? It’s right between hip (electronica), and profound (classical), and it’s neither. To read Mandel’s work is to feel your own finger, like hers, on the momentary pulse of truth.

I could give you a thousand moments from The Glass Hotel that are funny, sad, and true. Mandel has a knack for ending her staccato little chapters on a note of muted pain; as a kid, she must’ve watched 2001: A Space Odyssey endlessly just to watch Dave float helplessly towards the stars. “It is possible to disappear in the space between countries,” she writes at one point, her words resonating far beyond the story of some mariners, to touch upon the crises of immigration and dislocation that are metastasizing around our world. At another spectacular little moment, she describes the hollowness of a junkie’s life: “Lately time had been stuttering a little.” Look at how carefully that aw-shucks word, “stuttering,” hides the awful reality one particular man is trying not to face. It’s marvelous. It’s worlds better, as a stand-alone, than Kurt Vonnegut’s pretentious stuff about “coming unstuck in time.” But it’s also just one more moment. The moments fill her pages, prickling like the light of phosphorescing seas, constellated like Morse code, hinting at a greater meaning. But they never quite arrive.

In fact, novels used to be more than just a bunch of stories, clamoring to be told and insisting upon our reverence. They were citizens of their own nation, bound by laws all their own, capable of whispering about people who didn’t even exist—except on the page—because they were so boldly imagined. “The novel” was, back then, an artwork in possession of its freedom. You’ll find no such peaks in The Glass Hotel. The people in it are all squalidly familiar: the addict who can’t get clean, the duplicitous businessman who forgives himself too easily, the wives and girlfriends along for the ride. These are all stock characters. No matter how much crackle Mandel puts into dramatizing them, they never manage to bend (much less shatter) our basic expectations of our fellow human beings, unlike Alyosha in The Brothers Karamazov, or Elizabeth Bennet.

Therefore, if I have to sum up The Glass Hotel, I can’t really recommend it. Mandel knows what she’s about too well. She writes it out, explicitly, towards the end of the book: “He can’t escape the dread. Once he was proud of himself for evading his fate, but more and more lately he feels it moving toward him, his fate approaching from a long way off. He is always waiting for a slow car with dark windows, a tap on the shoulder, a knock on the door.”

Yes. Poor man. He can’t escape the dread, and neither, following her logic, can any of the rest of us. So why does Mandel force us to switch gears, right at the end, by turning The Glass Hotel into a sad-sack parody of magical realism? There are real ghosts in this hotel we call life, Mandel suddenly explains. They glide around like emo jellyfish until they find the peace that passeth understanding. That’s not dread. It’s nothing but a hastily worked-up excuse for Mandel to end the book indulging her talent, painting everything in atmospheric shades of mildly haunted blue.

Ooh, we’re supposed to say. What a twist! What palpable apparitions! But there’s a vaster reason why this novel, so stubbornly anchored in the quotidian real, ends up afloat in the ether regardless. It’s the ghost of itself. It drifts along, subsisting on unearned raves by reviewers who don’t care all that much about the form anymore. The Glass Hotel is searching for a home in this distracted globe, this too, too solid world. Perhaps it’d be better for all of us if that home really did still exist. But the old places have been torn down, the streets paved over, the neighborhood zoned for whatever high-concept melodrama sweeps the Emmys this year. So The Glass Hotel and books like it stumble endlessly onward, wild-eyed spirits mumbling about “readers,” and what they might do, if we would only take the time to listen.