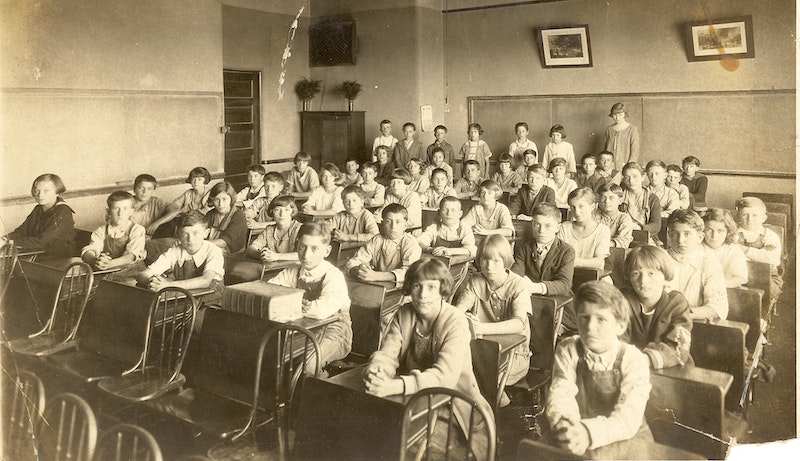 I didn’t feel good if the other guy was talking. I wanted to shoot him down so he wouldn’t be the guy who knows, the center of the room. This realization has been flushed into my head by years of dwelling on my long-ago younger self. It’s a small, unwelcome thing. Typically, when looking back I land on evidence that I was right and the other people (a changing cast) were wrong. That’s why I’m looking in the first place, to reassure myself. But run the facts often enough and they’ll whack you.

I should’ve kept quiet in that famous professor’s small-group discussion. I shouldn’t have sprung my how-about-this intellectual gambits (comparing abortion rights to possession of a car) in Women’s Studies. In the three-person undergrad seminar on Samuel Johnson, I should’ve recognized that, even though a History major, I had little to explain about intellectual trends of the English Civil War and therefore should decline my teacher’s polite invitation to supply background regarding Dr. Johnson’s “Life of Milton.” In too many situations, I shouldn’t have raised my hand that way. I mean I shouldn’t have shrugged it into the air as if it weighed too much. Professors often seemed annoyed when I asked a question.

“‘Because maybe the burros didn’t know,’” one man repeated bleakly. This wasn’t a class; the man was speaking to a group of us who’d seen a flyer. Maybe he was a professor from another college. The talk, let’s say, was about development issues in East Africa. Never mind about the burros; that’s a placeholder. He had made some point, arrived at some point, with the small air of triumph of one who has assembled his own idea at home and found it good. I spotted a flaw and then I spoke.

These incidents dot my young years. I don’t say they cluster, not after junior high. But they do recur. By my mid-20s they may have been a mere survival, but I can only hope. I’m pretty sure I learned the bare minimum from the incidents. My dumbass hunger for attention got snubbed, so I learned to sit on it. I decided that one more attempt, another change in attitude, wouldn’t be the one that let my true self gambol in the room. I’d have to forget all that. Life was a flat thing. In my case it came with nowhere enough oxygen. I’d get by without breathing a lot.

Not a good solution, of course. But, looking back, I do wish I’d kept quiet. Those times I yapped, I spoke from weakness. I floundered from the mouth and the room was dragged with me. Women complain about men like that on Twitter. Admittedly, cultural relativism does have its limits, as I correctly maintained in Anthropology small group without mentioning Hitler. Somebody said my comments in European History small group were a big help to them. And most other students in the Historical Methods honors seminar were as mouthy and desperate as I was.

Even so. My self-esteem has been worked with a lit cigarette: all these burning pockmarks. I remember. Long ago, I was a piping-up twerp.