Evil Stereotypes of Paleocons and the Threat of Civil War 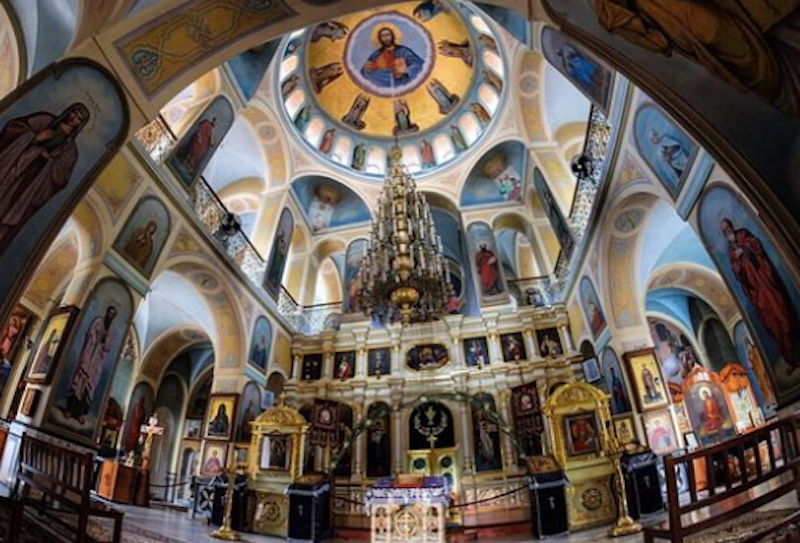 Once in a while I look around myself and, in the interests of taking stock, I wonder: What are my fellow traditionalist-conservative White Creeps, my brethren, up to at the moment?

Shuffling around in sandals, muttering through pale lips about how the media Jews never gave the Serbs an even break? Rubbing themselves to photos of White Creep icon George Kennan’s weird, glabrous little head? Sitting on miserable front porches in rural slums, droning out Civil War-era folk songs on lutes, hurdy-gurdys, mandolins, fiddles, and zithers, so as to preserve the Old Ways threatened by liberal capitalism? Hulling organic spelt? Rubbing themselves to pictures of Tsar Nikolai Romanov and G.K Chesterton, and to bloody fantasies about the impending Russian reconquista of its Near Abroad?

To quote the kids—you see what I did there! Cleverly, using bitter irony, I “dropped” a number of vicious stereotypes about us traditionalist paleoconservatives, especially the Russian Orthodox converts among us, with the goal of defanging them.

You’ll see that I also “appropriated” the epithet “white creep” that’s so often used against my kind, much in the same resourceful way as the admirable Blacks have long appropriated the “N-word.”

The fact is, we are not creeps. Not all of us. And some of us are even non-white. (I myself would be happy to marry a Russian-speaking Chuvash or Kalmyk, were she capable of doing huge amounts of manual labor here at our small organic farm in the Hoosier State, and were she to convert to Russian Orthodoxy.)

And few of us have ever pleasured ourselves to pictures of Holy Tsar Nikolai, to say nothing of the other grotesque charges I’ve parodied above.

What we traditionalist conservatives have been doing is reading Rod Dreher’s recent writing in The American Conservative, if the correspondence I’ve been getting is any indication.

Dreher, with whom I have differences, has tapped into the paleoconservative zeitgeist with his recent comments about the inevitability of American, and Western, cultural disintegration and the near-inevitability of a second American civil war, coming very soon.

I’m on record as being of the optimistic school of paleoconservatives. It seems to me that liberalism has passed its prime. No longer dominant, it’s becoming more and more residual, a zombie ideology stumbling through its paces, and soon to meet its final quietus. After which, I think, we traditionalists will find that we have won back the culture.

Yes, I believe that. It’s not too crazy to speculate that my own grand- or great-grandchildren might even live to see the United States governed as a wonderful theocracy, and a Russian Orthodox theocracy to boot. The White House will be home not to a president functioning as the head of an executive branch, but rather to a bearded Russian Orthodox metropolitan in miter and robes. He’ll be accompanied not by Secret Service agents but by a phalanx of bearded Russian Orthodox monastic novitiates who will shuffle around the East Lawn swinging censers. The jingoistic crypto-Zionist “Star-Spangled Banner” will long have been replaced by an appropriate piece of Old Slavonic chant.

In short, the former United States will in all ways be run as a colony of the resurgent Great Russian People and their Church Triumphant, and we will have come that much closer to the Kingdom of Heaven on Earth.

More, I believe that, if this admittedly maximally optimistic scenario is to come to realization, it will do so with either no or relatively little bloodshed, as a fulfillment of Our Lord’s eschatological plan.

I’ve “laid it on a little thick” above, but let the point stand. I’m an optimist.

And yet, the loud approval that Dreher’s despairing posts have received from my ideological confreres and my co-religionists has made me wonder if I’m wrong in my optimism. If so many people whom I respect think that Dreher’s “on to something,” then maybe I owe it to myself to re-examine my sanguine premises.

Is the United States on the verge of civil war, and soon? This is the crucial question to which I’ll give consideration, reading and meditating deeply on it, in the weeks to come.

Towards this end, to free myself for my important reading and cogitation, I’ll shift the burden of my springtime labor here on our small organic farmstead to Mother, that uncomplaining “hind of burden,” to quote Leviticus.