Advertising on sports uniforms is better than pampering players. 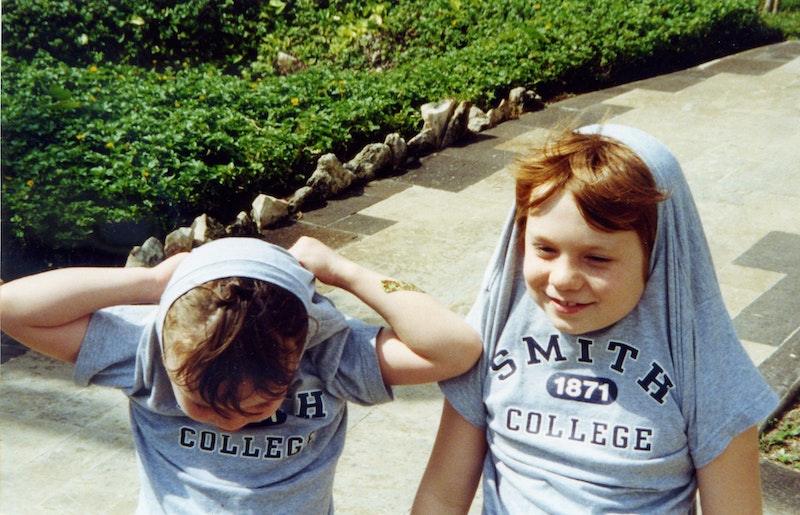 A few years ago, while watching a ballgame with my son Booker, I predicted that it wouldn’t be long before advertisements appeared on MLB players’ uniforms. Admittedly, not the pinnacle of prescience, since baseball stadiums have sold naming rights to this or that company—let’s thank the Orioles, Cubs, Red Sox, Yankees and Royals, among other holdouts, for maintaining a semblance of taste, at least in this instance—and though Bryce Harper hasn’t yet been humiliated by wearing a Facebook patch on his Nationals sleeve, he will soon. It was announced last week that NBA players will suffer this fate first, starting in the 2017-18 season. I suppose it’s a rather trifling matter, considering how debased popular culture at large has become over the past decade or two, but it still bugs me. There are compensations, such as when the Astros had to scramble for a new stadium sponsor when Enron went bust, not that Minute Maid Park is much of an improvement. (Not that I’m immune from product placement, as the above 1999 photo of my kids demonstrates.)

Here in Baltimore, for example, the largest music venue now goes by the name of Royal Farms Arena (formerly 1st Mariner Arena). How’s that for low-rent? Originally, the 1962 structure was called the Civic Center, and if that’s a generic name it sure beats the current one. I first saw a show at the Civic Center in the fall of ’73: it didn’t go well, as I was on a first (and last) date with a gal from Goucher College, and she was horrified that we were about the only white people there to see the O’Jays, who put on a terrific show. Several years later, I saw a double-bill of The Ramones and Iggy Pop (’77), but sleep-deprived after staying up 48 hours to finish production on one of City Paper’s first issues, I nodded off, despite the joyous and ear-bleed noise. I was awake to see Iggy climbing up and down the amplifiers, but most of that occasion is a blank. The last concert I attended at the Civic Center was in ’85, Roxy Music still touring to promote their exquisite record Avalon, and that show was one for the nostalgia jewel box of the brain, as Bryan Ferry was in top form.

Returning to baseball, every year brings a new indignity, and in 2016 it’s the controversial Utley Rule, wherein players who take a circuitous route sliding into second base, or make excessive contact with the fielder, are called out, and so is the batter. A few years back, after milk-drinker Buster Posey, the crybaby Giants catcher (who, despite the brown-nosing, is a cornerstone for San Francisco) was taken out in a home plate collision and missed the remainder of the 2011 season, a new rule was put in place that penalized aggressive baserunning. Granted, no one wants to see a player on their team seriously injured, but why did MLB have to stick its beak into the mechanics of the game? Shouldn’t that be an option for each franchise’s general manager, who, protecting an investment and healthy team, could suspend one of his players for reckless behavior?

The contracts for MLB athletes are so enormous that its natural owners and GMs want to minimize playoffs-ending injuries, but at the risk of sounding too old school—which I’m not; after initial horror, I grew used to the designated hitter invention in the American League, and can’t figure out why the players’ union hasn’t insisted the National League follow suit—aren’t today’s stars just a bit mollycoddled? Pitch limits drive me nuts, as does the automatic appearance of a team’s “closer,” in the 9th inning, as if he’s making a cameo from a more pure world. I do like the replays, but am in agreement with most fans that it’s perplexing why it takes sometimes five minutes for the video hacks in New York to say thumbs up or down. And the near-disappearance of the brushback pitch, which can cause an umpire’s warning to both teams that ejections will occur if it happens again, is crazy. It completely changes a pitcher’s strategy when opposing certain batters.

But it’s not just baseball. Football programs at schools both public and private are under attack for the potential damage that teenagers might suffer, particularly concussions. That’s sound logic—there’s a reason why football and baseball players wear sturdy helmets and other protective gear—but isn’t that the parents’ and child’s decision to make? Neither of my sons were star athletes, so it wasn’t an issue my wife and me, but those kids who’re gifted—with scholarships and maybe a pro position on the line—ought not be penalized for wanting to take the risks involved.

And I can’t even think about the fade into antiquity that bullfights have suffered, especially in Spain. I’ve been to a dozen or so bullfights in several countries over the years and really enjoy the buoyant atmosphere, just as much as the showdown between the matador and bull. I gather that it’s the outrage over a bull’s death that’s put the sport, and cultural tradition in jeopardy, with maybe a thought for the matador—who, again, made his own decision to enter the ring. I haven’t heard much about PETA in recent years (is fur back?), but it’s that obnoxious group’s descendants who’ve caused the stink—over a lousy bull!

One of the great ironies in the evolution of spectator sports is that it’s people of my age, who never missed an Ali fight in the 1960s and 70s, who, upon seeing the great boxer laid low by too many blows to the head, are calling boxing immoral and barbaric. I can’t stand it. If all the sanctimonious do-gooders would take a deep breath about real or imagined violence in sports, it’d be a lot easier to reconcile Milky Way ads on players’ uniforms.