Home to some of our best artists. 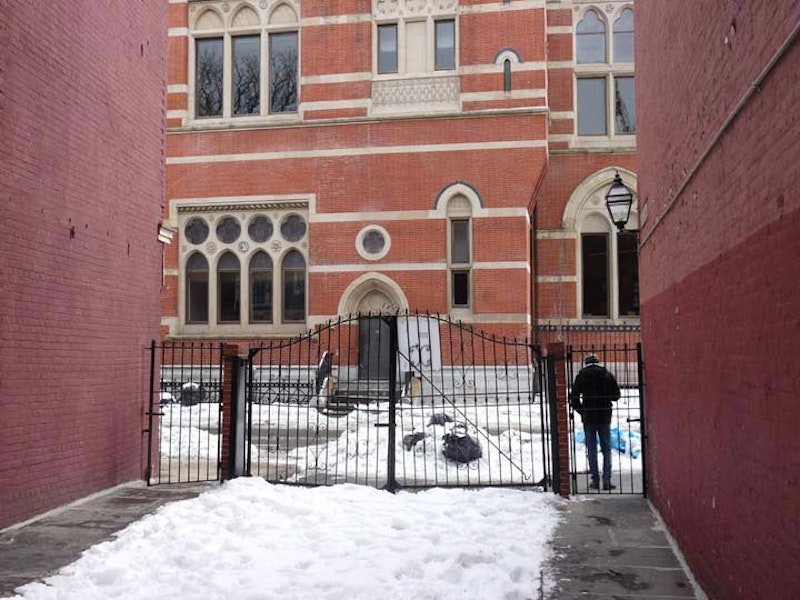 Patchin Place, a dead end squeezed onto the north side of West 10th Street between 6th Avenue and Greenwich Avenue, has its own intrinsic charms, but it’s notable because Manhattan has not had a great deal of dead-end alleys since 1900 at least, and likely long before that. Manhattan, which has always been paved over and rebuilt upon relentlessly, has given up many of its alleyways, some picturesque, some slummy and dangerous. This space is landmarked, so it’ll likely be here as long as Manhattan exists.

Patchin Place was created in 1848 or 1849 when Samuel Milligan, the owner of the parcel, decided to build ten townhouses facing each other across an alley. One (#4 Patchin Place) was built as a standalone building, with the rest attached to each other. Milligan’s daughter Isobel married his surveyor, Aaron Patchin, and his name was affixed to the alley, though it doesn’t turn up on maps by name until about 1885. A smaller cul-de-sac issuing from 6th Avenue around the corner was named Milligan Place. It has been thought that the houses were originally built to house (mostly) Basque waiters at the now-demolished Brevoort Hotel on 5th Avenue, but the Brevoort was built in 1855. However the alley may well have been occupied by the workers at some point.

Patchin Place is closed to traffic, but it’s built conventionally with a roadbed lined by two sidewalks. In the past, it’s possible that horses and carriages entered the alley and autos backed in and out, but that hasn’t been the case as long as I’ve known about Patchin Place. A gate sees to it that no cars enter, but the latch is usually open on the sidewalks to allow idlers and photographers like me to enter, as well as actual residents. 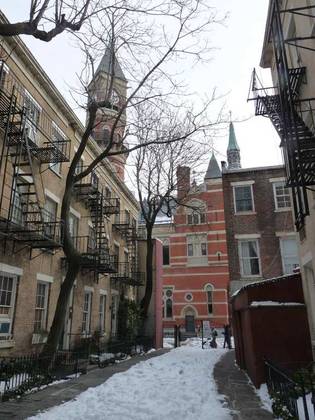 The view from the rear of Patchin Place shows off the clock tower of the Jefferson Market Courthouse, which used to house a court hearing women’s cases as well as a prison. Currently it is the home of the Jefferson Market Library. It’s a very interesting, fanciful structure and an example of a genre known as Ruskinian Gothic, named for an author who championed the style. 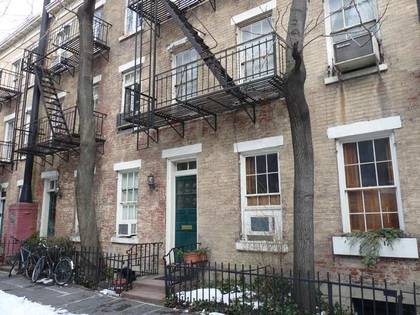 Journalist John Reed (1887-1920) championed the Marxist way and lionized the Russian revolution of 1918 that overthrew the czarate. Reed lived at #1 Patchin Place while writing his chronicle Ten Days That Shook the World. Reed was played in the 1980 movie Reds by Warren Beatty. 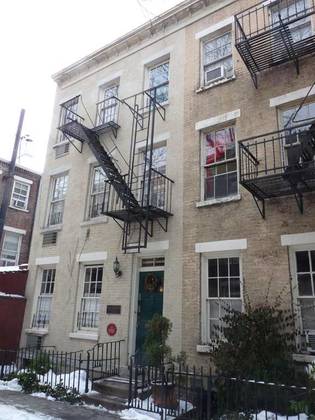 Though Patchin Place has hosted many writers, musicians and artists over the years, the standalone #4 Patchin is the only one that has received a plaque (actually two, with the newer one installed by the Historic Districts Council). Edward Estlin Cummings, poet, painter, essayist, author, and playwright (1894-1962) lived at #4 for many years. In a diametric opposition to John Reed, E.E. Cummings was reportedly a McCarthyite Republican for much of his career. 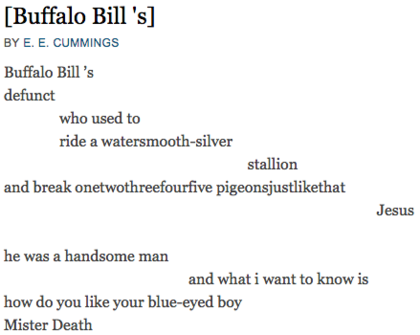 Distinctive typography, and the lack of capitalization, were trademarks of his style, especially in later years. Cummings was supposedly America’s most widely-read poet by 1962, with the first being Robert Frost. He was a close friend of writer and cartoonist Djuna Barnes (1892-1982), who lived across the alley at #5 Patchin. Her novel Nightwood was frank (for its era) in its depiction of homosexuality. 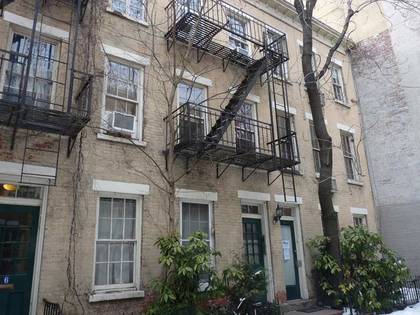 Author Theodore Dreiser (1871-1945), of Sister Carrie and An American Tragedy fame, also resided in Patchin Place, though unlike Reed, Barnes, and Cummings, I’m unsure of the exact address. Dreiser lived in many apartments around Greenwich Village. He leaned left, and his work often came under fire because of its sexual themes. An American Tragedy was filmed as A Place in the Sun, starring Montgomery Clift, Shelley Winters and Elizabeth Taylor. He was a close friend of Baltimore essayist H.L. Mencken.

Contrary to what you might read elsewhere, Marlon Brando did not live in Patchin Place; but his sister did, and put him up in 1943 when his theatrical and celluloid career was starting. 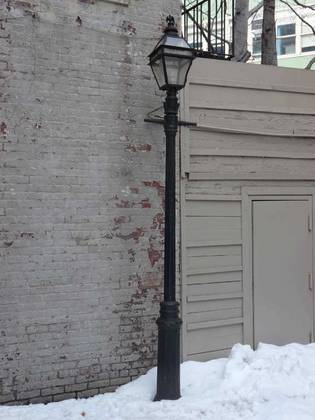 This lamppost at the end of Patchin Place is sometimes cited as “Manhattan’s last gaslight post.” That’s not quite true because there are many, many working gaslamps in front of private residences in the five boroughs. What is true is that this is one of two remaining gaslamp posts that were maintained by the city and lined public streets. (The other remaining one is at Broadway and Isham Street in Inwood; but even that may be a very old signpost that never carried a gaslamp.) They were maintained by lamplighters who would position their ladders against the "ladder rests" below the lamp itself. PatchinPlace’s gaslamp was converted to electricity as early as the 1920s, according to some accounts.