Stress, exhaustion, and healing at the Creating Change conference. 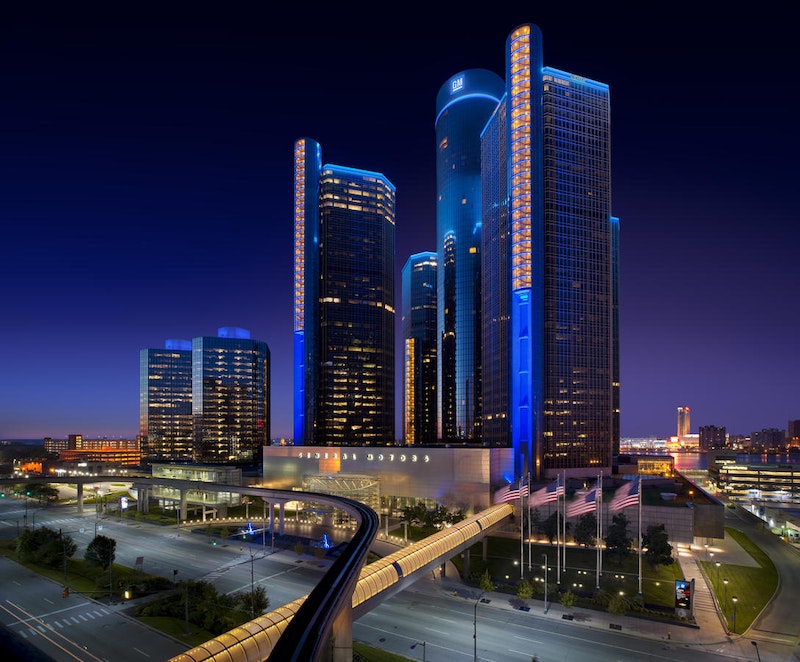 Panic and healing dominated my time at the Creating Change conference in Detroit last week. The panic began before arriving in Detroit. Not only was it my first time flying, but thanks to an ice storm in Detroit the night before, my 9:50 a.m. flight was pushed back for four  hours. While waiting I listened to Brian Eno’s “Music for Airports” on repeat hoping it would ease the anxiety. Instead, it made me feel like the “This is fine” dog.

It didn’t help that prior to my trip, INTO magazine shut down, my 12-year-old corgi mix was diagnosed with bone cancer, my friend Deborah from the Beyond the Trailer Park podcast died, and I was going through another existentialist crisis of trying to find my unique writing voice. The luggage wasn’t just in my suitcase.

The checked luggage and I made it safely to Detroit. No more panic, right? That’s what I thought before having a panic attack trying to find my Lyft driver. The details get fuzzy here. I remember running around outside the airport trying to find the driver, sweating, trying to breathe while hauling around heavy luggage, and screaming in a parking garage.

I found the driver an hour later, and immediately after checking into my room I jumped in the shower. The Detroit Marriott at the Renaissance Center is an endless maze of flashy car displays, tiny elevators, and hidden pathways that lead to even more hidden pathways, enough to make a person want to drop bread crumbs in order to not get lost.

The Creating Change conference always has a healing space where overwhelmed attendees can check in, drink tea, smell aromatherapy oils, and get some acupuncture. The room was dimly light, ambient music played at a low volume, and several attendees sat around in a circle meditating. There was a table that had several books displayed, including one called Ten Poems to Change Your Life. The first poem was Mary Oliver’s “The Journey:”

One day you finally knew
what you had to do, and began,
though the voices around you
kept shouting
their bad advice—
though the whole house
began to tremble
and you felt the old tug
at your ankles.

Panic and healing continued for the next couple of days: constantly reminded in various workshops that the Religious Right still has a vendetta against us, mile-long lines forming outside the different food court spots, losing all feeling in my fingertips smoking cigarettes outside in the freezing Detroit weather, digestive issues from deviating from my regular routine, and trying to breathe in crowded elevators.

But there were moments of healing. My favorite workshop was about how to practice activism when you’re unable to leave the house, whether it’s from physical health issues or mental. Most of it I already knew—use 5 Calls, take frequent breaks from the news, use whatever platforms to initiate conversations about social justice—but kept forgetting. The workshop was also about the importance of listening to the body and giving self-permission to unplug for a while.

Both the workshop info and Oliver’s words echoed in my head throughout the conference, and every day I realized more and more what I had to do. The stress of interacting with so many people, trying to navigate around the hotel venue, and attempting to attend every single sessison left me in a perpetual state of exhaustion. I ended up attending a few workshops here and there; the rest of the time I spent sitting in the hotel cafe drinking coffee and writing. It worked. By the time my co-presenters and I did our workshop Friday afternoon, I had enough energy to withstand our 90-minute presentation.

As Audre Lorde said, “Caring for myself is not self-indulgence, it is self-preservation, and that is an act of political warfare.” I keep forgetting that, despite writing about it for HuffPost months ago. This year’s conference reminded me that I’m no good to anyone living in existential dread, sitting in front of my laptop reading everyone’s opinion on every single issue on Twitter and feeling sorry for myself for not being able to solve all the world’s problems. “We have a world to conquer,” Nikki Giovanni once said, “one person at a time, starting with ourselves.” Now back home, I’m going to start practicing what I preach.