Pancake Despair in the Park

Finding a miserable housewife's diary in the park one day at 16. 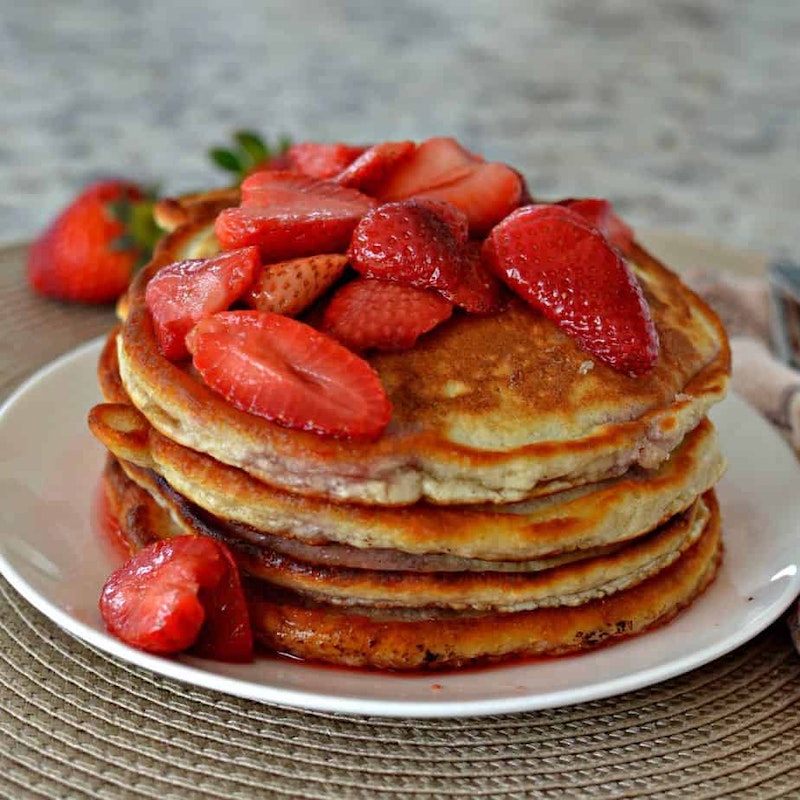 When I was 16, I was walking around the neighborhood and found a diary. It was one of those diaries that I associated with teenage girls. Its cover was checkered with little red and white squares like a tablecloth and on its cover was a rectangle ornamented with linear flourishes where “My Diary” was printed. I peeked inside the front cover. There was no name attached to it.

Sensing an opportunity to get some cheap thrills with a look into the life of—I hoped—some unknown teenage girl (beautiful no doubt, with literary inclinations and in possession of spiritual characteristics), I read it. Looked around to see if I’d been noticed, and then made off with it.

I walked to a park near our house, sat on a fallen tree and, as I read, discovered my assumptions about author were sadly mistaken. It wasn’t the memoirs of a teenage Anaïs Nin. It was the diary of a married woman who had at least one small child. I kept reading. It wasn’t particularly interesting, the author had no real personality to speak of, and it was a list of events listed in succession. Trips to the supermarket, picking up her kid Tommy from school, seeing her mother, and so on. What’s the point in recording daily banalities? But in the midst of these stale entries, there was one short section that I’ve never forgotten.

It dealt with the events that occurred on what’s now a long-ago Sunday morning. The tone was of incomprehension, dissatisfaction and complaint. The author was unhappy with her husband who hadn’t wanted to participate in the making of a batch of strawberry pancakes. She was indignant, and couldn’t understand why he didn’t want to make the pancakes. All she’d asked him to do was wash and clean the strawberries, and then cut each into slices, but he refused. He didn’t feel like it, was tired and said that she should do it herself.

Why, she asked? Why did he refuse? It wouldn’t have taken much time and besides she added, it would have made Tommy so happy. What was so hard about it? What was the matter with him, why was he being so unreasonable? It would’ve been fun to be in the kitchen, together, making the pancakes. After all, he was going to eat them! Was it that hard to help in their preparation? Why was he so selfish? And what about Tommy, didn’t he care about him? What’s cutting up a few strawberries? It was clear that the author was in shock.

I closed the book, walked back to where I’d found it and put it back. I’d had enough of the adult world. Perhaps the writer had left the book on a public thoroughfare hoping it would found and that the finder, realizing her predicament and agreeing with the unfairness of her position, would rescue her from the calumny of her existence. Like throwing a corked bottle with a message into the sea. This hero would be a man for whom the making of strawberry pancakes on a Sunday morning would be joyously accepted. He’d take the bowl of strawberries in his arms and prepare them with seriousness, smiling up at her as he worked and occasionally throwing a glance at Tommy in the next room.

I realized that the boring daily entries which had preceded the passage I’ve mentioned was an attempt to prove to herself that she was normal, that life was normal. She created a mirror to look into and reassure herself that everything was alright. But the strawberry pancakes broke her fragile mirror into a thousand pieces and I fear that from then on, all she could do was walk over the shards of broken glass.