Neighborhood Names of the Bronx

From Eastchester to Pelham. 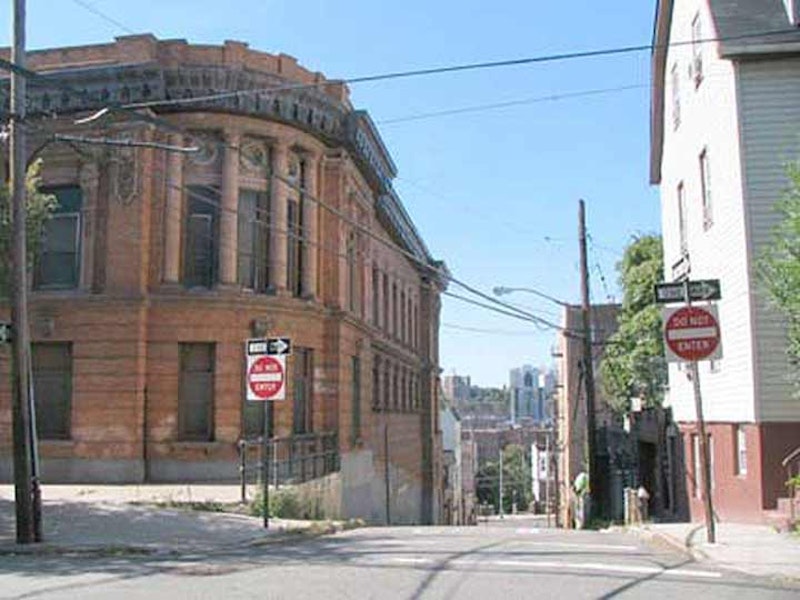 The Bronx, as a borough and county, is a relatively new political entity. As NYC’s only mainland outpost (except for Marble Hill, still a part of Manhattan) the Bronx has been a part of first Westchester County and then New York County (Manhattan) for much of its history. In 1874 the western portion of the Bronx, consisting of the towns of Kingsbridge, West Farms, and Morrisania, were annexed by New York County, making them part of New York City proper, and in 1895, the rest of the present-day Bronx east of the Bronx River joined. The following year, City Island voted to secede from Westchester County and join the rest of the mainland. Finally, in 1914, the Bronx became its own county separate from Manhattan. Traces of this former Bronx-Manhattan marriage can be seen in the street numbering system, which stretches across the Harlem River. The name of the borough is most likely a truncation of “the Bronx River,” after what’s New York City’s only true river, named for the borough’s first European settler.

The Bronx’s “Kingsbridge” neighborhoods take their names from a vanished bridge that spanned a rerouted creek. The story of the King’s Bridge can be found on a grime-encrusted plaque on one of the Marble Hill Houses, on Broadway just south of W. 230th St.. The plaque is hard to read, since it’s out of range of sight from the street; you have to climb the short fence or walk around it. IT reads:

“Northwest of this tablet within a distance of 100 feet stood the original Kings Bridge and its successors from 1693 until 1913 when Spuyten Duyvil Creek was filled up.

“Over it marched the troops of both armies during the American Revolution and its possession controlled the land approach to New York City.

“General George Washington rested at Kings Bridge the night of June 26, 1776 while en route from Philadelphia to Cambridge to assume command of the Continental Army.

“This tablet was erected by the Empire State Society Sons of the American Revolution, June 27, 1914.”

Frederick Philipse built the first King’s Bridge, a tolled span over Spuyten Duyvil Creek, in 1693. Benjamin Palmer and Jacob Dyckman built a second bridge in 1759 to avoid paying the high tolls charged by Philipse. During his retreat from the Battle of Harlem Heights in 1776, General George Washington used both the King’s Bridge and Palmer and Dyckman’s free bridge to escape to White Plains. The original King’s Bridge has inspired a network of roads in Manhattan and the Bronx, some surviving, some not, named for it. The span survived till the excavations for the Harlem Ship Canal between 1913 and 1916. 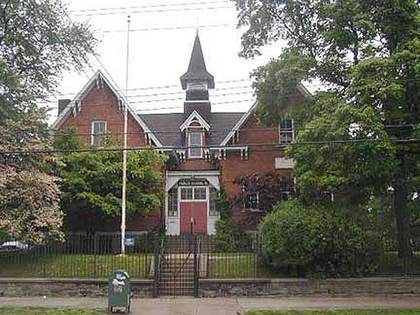 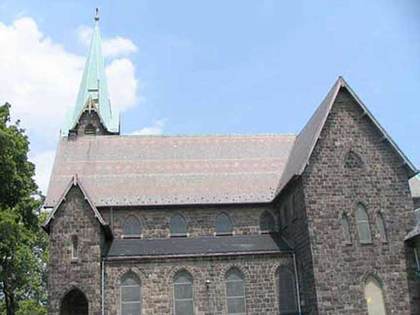 Westchester Square, even today, appears to be a small town hub, clustering around the triangle formed by Westchester, East Tremont and Lane Aves. The “town” recently celebrated its 360th anniversary, having been settled here, as Oostdorp (“east village”) by the Dutch in 1654 and taken over by the British with the rest of New Amsterdam in 1664. It became a busy port along Westchester Creek, which hastened its development; by 1693 St. Peter’s Episcopal Church was founded. The parish is still in existence. During the Revolution, patriots dismantled a bridge over the creek, delaying British advancement (the present-day bridge carries East Tremont Ave.). 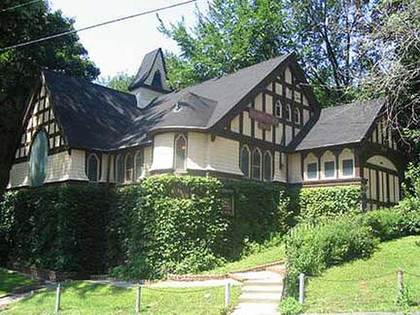 Spuyten Duyvil, tucked at the confluence of the Harlem and Hudson Rivers under the Henry Hudson Bridge, has been known as Speight den Duyvil, Spike & Devil, Spitting Devil, Spilling Devil, Spiten Debill and Spouting Devil, among other spellings. In Dutch, “spuyten duyvil,” the mostly-accepted spelling these days, can be pronounced two ways; one pronunciation means “devil’s whirlpool” and the other means “spite the devil.”

In Washington Irving’s Knickerbocker History, a Dutch bugler vows to swim the turbulent waters of (then) Spuyten Duyvil Creek where it meets the Hudson during the British attack on New Amsterdam in the 1660s “en spijt den Duyvil,” or in “spite of the devil.” The Lenape Indians inhabited the land for hundreds of years before Europeans arrived; they called the banks of the creek “shorakapok” or “sitting-down place”. The name was pared down and exists as a street name: Kappock (pronounced kay’ pock).

In the early-20th Century Spuyten Duyvil Creek was dredged and made deeper to allow commercial vessels to access the Hudson River via the Harlem River, which took over the creek’s route. This process first made the Manhattan neighborhood of Marble Hill and island, and later part of the mainland—the only bit of Manhattan found there. 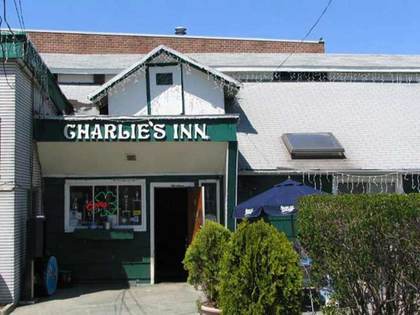 Throgs Neck, mainland Bronx’s most southeastern neighborhood, was named for an early British settler, John Throckmorton, who arrived in the peninsula now capped by Fort Schuyler in 1642. Throckmorton had had religious differences with the rigid Puritans of New England, moved to Rhode Island with its founder, Roger Williams in 1636, and later decamped to the Bronx because he may have feared that Massachusetts would invade the tiny colony. Throckmorton had to pledge allegiance to the Dutch crown before being granted permission to settle. Throckmorton later fled Native American aggression and wound up in Rhode Island again and later, New Jersey.

The peninsula, or “neck” (cf. Little Neck in Queens) was bestowed an abbreviation of his lengthy name and Throgmorton Ave., also a tribute, is a variant spelling. Throgs Neck is also occasionally spelled with a double g, especially by area residents. The explanation may be that in the early days of printing (which in Throckmorton’s day had been an industry for only about a century and a half) spellings were hardly standardized, and wouldn’t until the days of Samuel Johnson and Noah Webster. However Throgs Neck is spelled, it’s a peaceful, tranquil area with a couple of private communities that enjoy terrific views of the water-filled surroundings. 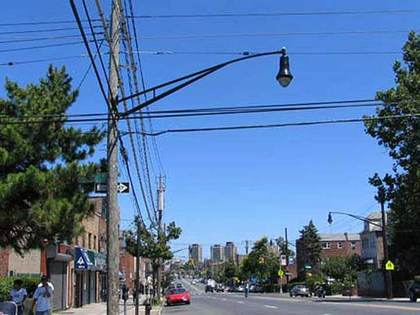 In 1888, John P. Morris opened the Morris Park Racetrack where this neighborhood eventually wound up, naming it for himself. The name Morris turns up a number of times in the Bronx, primarily from two different families: the Revolution-era Morrises: Richard, who arrived in the 1660s and first settled the South Bronx; Declaration signer Lewis, U.S. Sen. Gouverneur, and Robert, who was a three-term NYC mayor in the 1850s.

The Morris of Morris Park was John A. Morris, whose Westchester Racing Association acquired 152 acres in 1888 on the outskirts of the former Bear Swamp and built a huge racetrack and clubhouse. The racetrack was in operation only from 1890 to 1904). The track burned to the ground in 1910. In 1908 the abandoned racetrack became the world’s first formal airfield and the American Eagle, the largest dirigible in history to that time at 105 feet in length, was built there, and one of the first gliders, piloted by 17-year-old Lawrence Lesh, was launched from the former track that year. And, in the early-1900s, the old racetrack was also used for speed and endurance races for the automobile, and a young Swiss driver named Louis once won a gold watch for driving a Fiat a then-record 52.8 MPH there. The driver along with his brother Gaston competed in many road races at the Morris Park track and Gaston won at Indianapolis in 1920. It was Louis Chevrolet (1878-1941), who sold his share in the Chevrolet Motor Car Company he founded in 1911 to original partner William Durant in 1915, and returned to the racing business, as well as aeronautics. 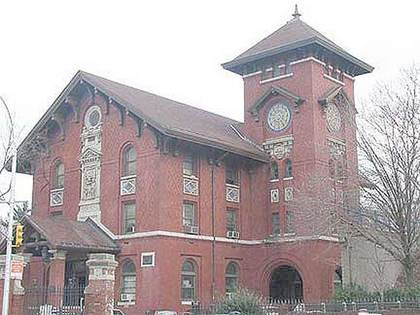 Norwood was originally part of the Varian family’s dairy farm. The name either comes from “North Woods” or from Carlisle Norwood, a friend of Leonard Jerome, the grandfather of Winston Churchill who owned the nearby Jerome Park Race Track in the 1860s. The neighborhood was laid out in 1889 by entrepreneur Josiah Briggs.

For a couple of decades in the late-20th century, Norwood and its immediate neighbor to the south, Bedford Park, were major Irish enclaves, after immigrants from Northern Island during the era of “The Troubles” settled here, in Woodlawn Heights to the north, and in Queens’ Woodside. For a time Norwood became known as “Little Belfast” and was a hotbed for supporters of the Irish Republican Army. Eventually the Irish influence in the area lessened, as many Irish returned home to participate in the homeland’s roaring economy in the 1990s and early-2000s. Traces of Little Belfast, though, can still be found along Bainbridge Ave. Norwood was where the Irish-American band Black 47 first attracted notice. Today Norwood attracts Hispanics, Indians, Asians, and New Yorkers looking for bargains. 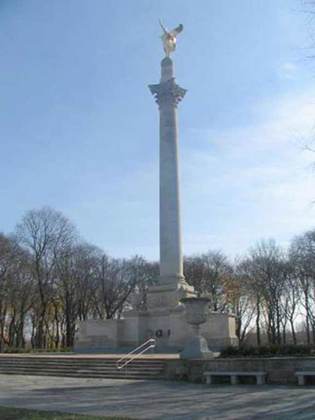 Englishman Thomas Pell, a physician, purchased a vast tract of over 9000 acres of land (most of what is now eastern Bronx) from the local Siwanoy Indians in 1654. Descendants of the Pells occupied the tract for nearly 150 years. By 1813 the acreage was sold out of the Pell-Bartow family (Ann Pell had married John Bartow), but in 1836 John’s grandson Robert reacquired the property and in 1842 built the mansion that still stands in Pelham Bay Park today. A small cemetery is also on the property in which is interred Pell family members going back well into the 18th Century.

NYC bought the house from the Bartows in 1888; in 1915 the Pell Mansion underwent a complete restoration by the International Garden Club organization, which continues to maintain the grounds, now numbering nine acres, as a public garden. In 1946 the Mansion opened as a museum exhibiting furniture and painting from the 19th century.

The town of Pelham in Westchester County, the Bronx and Pelham Parkway (usually abbreviated to Pelham Parkway), Pelham Bay Park, and even Pelham Cemetery in City Island are all named for Thomas Pell.