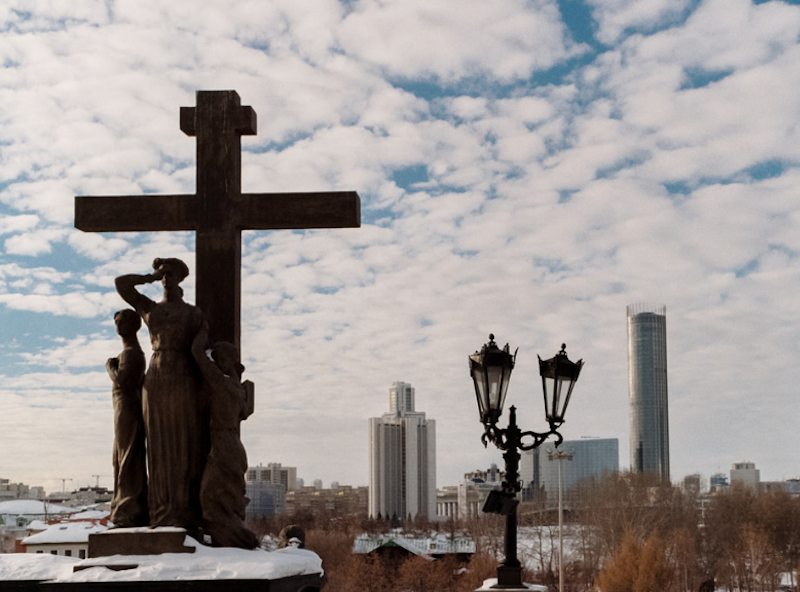 Last week I related how a correspondent of mine wrote to criticize Rod Dreher’s and my “apocalyptic pessimism.” He attributed our conviction that Western civilization is about to collapse—any day now—to our emotional problems, which he hinted could be psychosexual in nature. He also advised me to copulate with a goat, an injunction that I assume was tongue-in-cheek.

The joke, however, is on him. As I’ve learned during the research for my book, there’s in fact a rich corpus of Russian folk traditions governing human sexual congress with ruminants and even-toed ungulates. The Book of the Annals of the Pious Monk Sviatoslav, for example, punctuates its charming portrait of the country life of 17th-century Muscovy with pungent asides about the conventions governing clerical interactions with what Sviatoslav picturesquely calls “the hooved denizens of the slopyard.”

Pious Sviatoslav relates with gusto the case of a Father Ivan Kozloyob (the epithet Kozloyob, like a Russian version of something out of the lusty Chaucer, translates literally as “goatfucker,” my own Russian priest, Nicodemus, tells me), beloved both for his winsome drunkenness at the altar and his penchant for sodomy with goats. Father Ivan, it seems, elevated this compulsive barnyard sexual congress to a sort of pantomimic art form, performed before the gathered residents of the peasant community (mir)—“in the field near the bee-haunted aviaries, during the Jewless heart of the Sabbath afternoon,” as Pious Sviatoslav writes.

As an amateur scholar with very little Russian, it’s hard for me to tell if this unique tradition was native to this peasant commune alone, or whether it was general among the Holy Russian People (narod) of that era—or whether the answer is somewhere in between.

Another book that I’ve been using for research, the wonderful study Cultural Roots of the New Great Russian Imperium, by the contemporary Russian theologian/philosopher Lavrenty Ivanovich Kargin, mentions “semi-pantomimic clerical rogerings of pigs” as part of the “loamy matrix of Muscovite national tradition” (the translation is not the best, I’m afraid).

I wish the famous American-born Russian Orthodox theologian Professor Daniel Larison would condescend to shed light on these obscure but fascinating ethnological questions. Larison is no doubt deep in preparations to assume the prestigious Yale academic chair that, rumor has it, he’s been offered, but he might spare a moment to turn his super-learnedly snuffling attention to pre-Petrine clerical Muscovite kozloyobstvo (literally, “goatfucking,” Nicodemus tells me) and enlighten his co-religionists.

Another anglophone intellectual I would like to see “weigh in” on these compelling Great Russian ethnographical and philological matters is Christopher Caldwell. Rumor again has it (for the paleocon grapevine doth certainly trill!) that, having emancipated himself from the Zionist masters whom he long served so well and become the world’s second-leading (after Professor Larison) expert on the post-Soviet space, is planning to submit to baptism into the Holy Russian Orthodox Church (Moscow Patriarchate). The ceremony, the grapevine tells me, will take place at the Cathedral of Saint Issac in Saint Petersburg, and will be performed by the most blessed Patriarch Kirill himself.

The unparalleled richness of Great Russian culture, both in its demotic and learned guises, will offer endless avenues of inquiry to a convert of Caldwell’s interpretive gifts.