Numb the Fuck Away

Michel Houellebecq’s Serotonin is an elegy for erections and the EU. 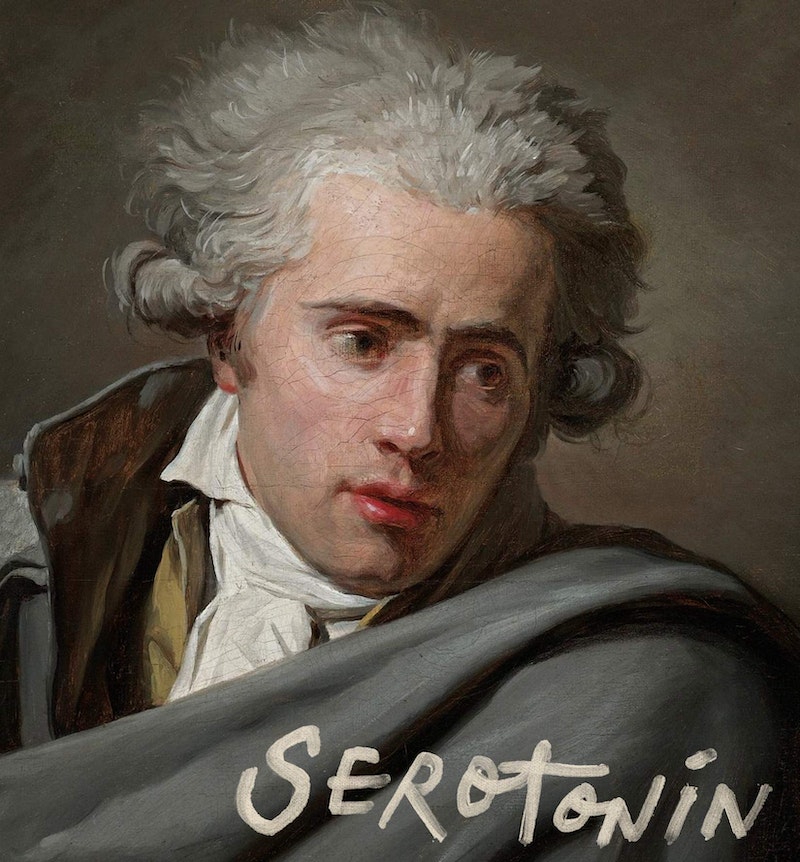 Michel Houellebecq received his widest American exposure early this year in a cover story for Harper’s called “Donald Trump is a Good President.” Houellebecq outlines his pro-Brexit, anti-globalization politics, considered “uncategorizable” by flummoxed European liberals who wish his books weren’t bestsellers. But he doesn’t endorse Trump himself, “an appalling clown,” but rather what his election represented: populist revenge.

Dwight Garner slammed Serotonin in The New York Times: “Solipsistic, sex-obsessed and apathetic, Florent-Claude is an archetypal Houellebecq (pronounced WELL-beck) male. This writer’s characters are, in their way, moral beacons for our era. In nearly any situation, one can ask ‘What would a Houellebecq man do?’ and perform the opposite. It is enjoyable, and useful, to have a collective anti-mensch.”

He says Serotonin is “an exhausted and exhausting book.” His sarcastic aside—”(People who read Houellebecq really like talking about Houellebecq)” betrays a Gawker-esque snideness that never would’ve been allowed in the Times just four years ago. But time is passing and the world is dying, and like so many movies and novels this year, Serotonin is a rearview daydream, an amalgam of Houellebecq’s running themes made mild by its narrator’s impotency (caused by his necessary antidepressant Captorix).

It’s similar to the run of books Philip Roth wrote from Sabbath’s Theater through Everyman: brutal and unsparing, but with the soft remove of nostalgia and pleasant regret. Florent may be poisoned by cortisol and “dying of sadness,” but he doesn’t care, he’s reached the end of his life. It was altogether an unremarkable life, and Serotonin reflects that very bourgeois dread and desire to die when material needs are met but spiritual and emotional needs are ignored or subverted. Indeed, the climax of the book finds farmers taking up arms against the state: Florent’s old friend Aymeric, having inherited land that had been in his family for centuries, is faced with the impossible decision either to sell the land (a disgrace to his ancestors), or continue on until the milk quotas coming from Brussels drive him into true penury. When the standoff finally occurs, Aymeric ultimately decides to kill himself and no one else, but only Florent and a rogue cameraman see this.

In a bit of mythmaking that recalls the famous ending of John Ford’s The Man Who Shot Liberty Valance (another melancholy late career daydream in rearview), Aymeric is reportedly shot by CRS police. He becomes a populist martyr, “Monsieur d’Harcourt,” and Florent envies his courage. Ultimately, he commits suicide in a Christ-like delusion, despondent over his and his peers’ inability to recognize “clear signs” of true love and God’s guidance. “Did we yield to the illusion of individual freedom, of an open life, of infinite possibilities? It’s possible… Must I really, on top of everything, give my life for these wretches? Do I really have to be explicit on that point? Apparently so.”

Ten months ago, Serotonin was the “novel made for the Yellow Vest moment." In an otherwise positive review, Rachel Donadio wrote, “Although it’s a sophisticated work of literature written in a mournful key, Serotonin might as well have a jacket blurb from Steve Bannon.” She ends her piece with this: “Other French critics have commented on Houellebecq’s evolution from the darling of left-wing magazines like Les Inrockuptibles to that of far-right ones like Valeurs Actuelles. But Houellebecq has captured something in his trajectory from the alt-weekly to the alt-right. It’s not so much that his views have changed, but that the political landscape around him has changed in ways that reflect his outlook. Maybe he is a visionary after all. And his is a grim vision indeed.”

For American readers, the particulars of Houellebecq’s provincialism may be lost, but his plea for sympathy toward populist movements springing up around the world rings clear even in translation.