Nice Things Can Happen, But Don't Be Too Picky About It

Some examples from a cankered life. 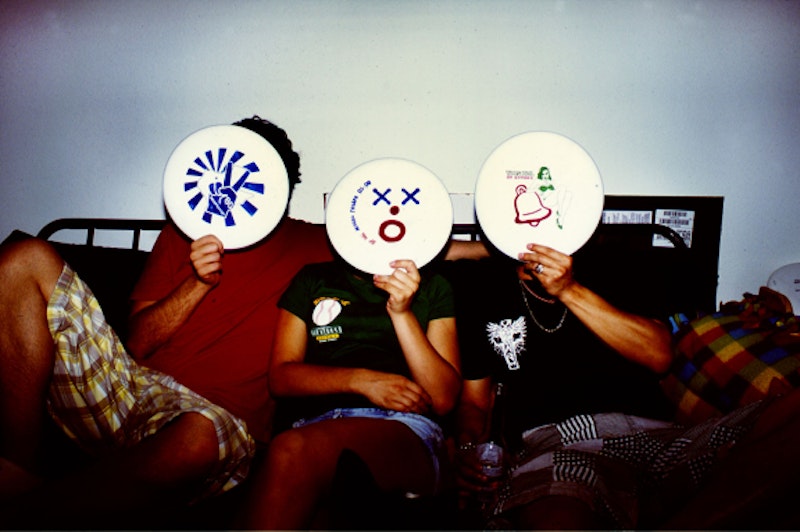 I was at the neighborhood bar, a place I don't go to that often, reading a book about The Clash. A bar is too dark for reading, and why be there if you aren't going to talk? But there I was and I had my book. When my beer arrived, I dropped some coins on the bar for the girl's tip. Right then a jolly young fellow slid onto the next stool.

Young fellow: “Hey, what would The Clash say if they knew you were tipping somebody? They—”

Me (fierce): “I don't give a fuck what The Clash think.” I bleated out Cla-a-a-ash very scornfully, like a kid in dorm room debate going for the throat. The young fellow goggled at me, then laughed, then laughed some more. He stuck his hand out for a shake. “Awright!” he said, because I had made a joke and he liked it. We've been friendly ever since.

There's a big library a few miles down the road from my mom's place. I was looking for Isaac Asimov's autobiography and not finding it. Now and then the lady at the circulation desk shot me a look. Why me? I don't know. I wear the same pants every day and maybe they were sagging. Maybe my hair was sticking out, because sometimes that's what it does. The lady's hair was a depressing steel blue and she had a face like a gray pouch. She might have made me feel like a shoplifter, but there were lots of bystanders to take her eyes off me, people coming and going.

When the right numbers hadn't turned up on any of the shelves, I wandered back to the computer terminal for another look. Maybe I'd copied things wrong. By now the steel-haired lady was talking with somebody even older, a black lady wearing a coat and something like a bonnet. The second lady had hobbled up to the desk and had a hand resting atop it.

“Aw, honey,” the first lady said, and her hand was resting atop her friend's.

I used to live in Queens, which is a part of New York where just about every country on earth has a few hundred thousand representatives. It's crowded. I was at the corner grocery store, known as the Koreans because that's who the owners were. And I was impatient because that's how I get when I'm stuck on line. The cashier was a heavyset, soft-voiced young woman from India, complete with sari and a dot on her forehead. The customer up in front seemed about equal to her in bulk and width, but he had on a majestic dark hat and an overcoat of heavy black material. It was like the coat a big-time theater producer would have worn long ago; it looked like you could bury your face there. He was ancient, but his hat, coat and sideburns (fluffy, iron-gray) were all carefully tended and gleaming.

The customer was joshing with the young lady, who shyly smiled and darted her eyes at him as she did her work. She had a fluting, up-and-down intonation, and he had a husky, confidential tone. If you ever heard Groucho Marx talk when he was off-duty, just giving an interview instead of telling jokes, you'd have an idea how the old man spoke. My Aunt Marie sounded like that too; I suppose it's a kind of accent found among antique Jews from a special part of Brooklyn.

Their joshing reached this climax. The shy, large young lady in her sari protested, “Oh, I am not that kind of girl.” The old gent in his homburg canted himself forward and announced, “But I am that kind of man!”

By that point I had forgotten about being impatient. It would count as a Christmas miracle, if any Christians had been involved.