New York Isn't For Everyone 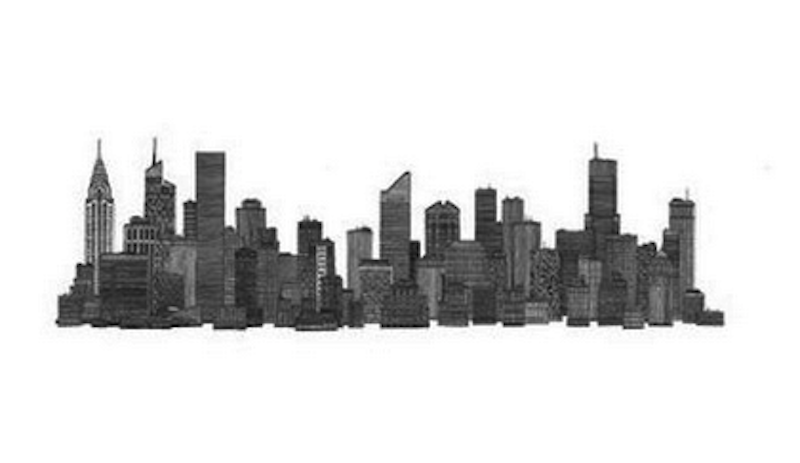 A few days ago a friend sent me an angry BBC article about how one London-based writer hates New York. It’s funny because I was just telling that friend about the “Reasons to Love New York” post that New York runs this time every year, where all the things that make New York special are rounded up in a you-have-to-live-in-or-be-from-New-York-to-get-it type of way. It might be a city of millions, but the lists remind you that no matter how big and anonymous the city gets there are still a number of common things everyone does, like making out with strangers at a bar but avoiding the subway pole like the plague!

New York City is tough, and you’ve got to be tough to love the city and to live and love in the city. If you want to rent an apartment on your own you better make at least 40 times the monthly rent per year, have perfect credit, a high salary, rich parents who live in the tri-state area because you’re going to need a guarantor and you should probably also have at least $5000 in your bank account which will be gone by the time you sign your new lease. Good luck dating someone who won’t “trade up” on you as soon as someone slightly better, richer and hotter comes along. Enjoy missing the L train by milliseconds then having to wait 35 minutes for the next one back to Williamsburg on a Saturday night, especially when you want to be home so bad you will just pay the goddamn $30 cab ride instead of waiting for the train without entertainment because your phone is dead.

In New York, no matter what you do, where you live, how much money you make, where you went to school or who your publisher is there’s always someone who has a better apartment, more money, a better pedigree, a more lucrative book deal or who knows more “people” than you. Chances are that person is sitting right next to you at Think Coffee.

Now that I live in London people always ask me if I miss New York. I don’t—not really. I miss observing some pretty weird shit on the subway and miss being annoyed by the Weekend Schedule. I miss the feeling of annoyance when you are rushing to make your train but you miss it because you had to swipe your Metro Card 12 times in a row since you only have $2.85 left, which by the way is more than what it costs to take the train. I miss living in New York and going virtually any place else in America and feeling so relieved when the bus pulls into Port Authority on the way back. I miss The Strand and I miss the Curry Fried Rice at Red Bowl. I miss my friends and I miss going to Lucky Strike and having champagne and French fries with my best girlfriend.

One of the things I loved about New York was walking. I almost never walk anywhere in London. Here I take the bus, but in New York I always walked or took the subway, in that order. The city is made for walking. I used to love coming in on the train from New Haven, putting on my favorite Lady Gaga track and pummeling the sidewalk from Grand Central to 14th St., 28 blocks south, singing and dancing to myself as I worked 5th Ave. There’s something about living in a place so magical and so represented in media, walking past monumental buildings and being surrounded by skyscrapers that makes you want to dream, that makes you excited to be there even though your life is probably shitty if you compare it to the way your friends are living in Iowa City.