Big publishing holds the keys to writerly success and hands them out to the elite, who don't need them. 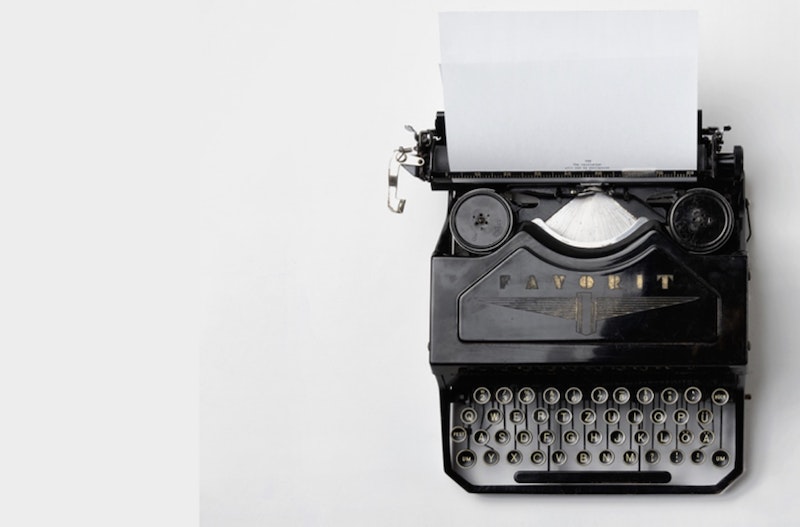 The best left-handed compliment I ever got from a fiction editor was being called a poor man’s Denis Johnson. “Best” because I love Johnson’s writing and take him as an influence. “Left-handed” because the editor then proceeded to explain that, in a world where everything is trite and derivative, it’s not surprising to see a cis white male indulging in that kind of hero worship. She wanted to make it very clear she’d been overruled and had nothing to do with accepting my story. It was the first time I’d heard the term, “cis” applied to me in a pejorative way.

The magazine is no longer around and, I suspect, neither is that editor, who was doing a job that advanced writing students sometimes take toward the end of their programs. At least, working on a small magazine was like that when I was a fiction editor in grad school.

An editorship is mostly a way to earn a little side money and divert yourself in the desperation twilight of your MFA. The position doesn’t “look good on your résumé,” no matter what your overworked supervising professor may tell you. And it doesn’t get you into a publishing career unless you have connections. In which case, you don’t really need it for that entry-level rom-com job as a reader at a fashion magazine. What you need is a trust fund and parents with a house in the Hamptons. Then you’re in business. Until then, you’re in coveralls. See that broom? It’s all yours.

But what made this magazine unique was that the editors prefaced each piece with an italicized paragraph summarizing the in-house discussions that led to each acceptance. Of course, this was a horrible idea. Most civilians with normal wits and a drop of human sensitivity would recognize the folly in it. But to graduate students accustomed to the piranha farm of writing workshops, it probably just seemed like an easy way to generate discussion. Granted, the readership of this particular venue was probably around 500 people, including authors and staff. So why not?

Sometimes small magazines and journals, especially those run out of university English departments, will experiment with new modes of author-editor-reader engagement as a way to spice things up and generate interest. If it results in nothing or in weird drunken confrontations down the road at AWP, no problem. Life goes on and the stakes are always relatively low. As a fellow editor at my own tiny rag once said, “This ain’t The New York Times.” I had to agree.

Many literary publications run on grants, which allow them not to have to worry about advertising, bad editorial decisions, and other vectors of professional accountability and remorse. Such periodicals come and go and tend to fold overnight when the grant money is mismanaged or someone in the department raids the fund for better catering at the Festival of the Book. But most writing program peeps don’t anticipate it happening and no one in the building is willing to demean themselves with the dark art of selling ad space. The magazines just go away, not unlike the people who worked on them after graduation, once they sign up at their first temp agency.

Still, a few stubborn lit mag writers try to keep producing work and regularly submit to new markets. It becomes a habit, a little connection to the world of unsolicited submitting and low-rung publishing. After years of wandering through literary Siberia, the knowledge that someone, somewhere is reading what you wrote can keep you going. Though, in this strange cultural moment of virus lockdowns and deep political divides, my self-maintained blog and newsletter have more readers in more locations than most print journals. At least, that’s what the analytics tell me.

But back to Denis Johnson and my story. The editor’s cis-derivative comment was particularly memorable because at the time I was involved in an ongoing discussion about “chick lit” with a friend of mine, who wanted to reframe the term so it wouldn’t be used as a way to demean fiction by and about women.

She’d published a couple of stories in the usual journals and at least one in a slick fashion mag, which actually paid her rent for a month. It seemed like a remarkable miracle to everyone that creative writing could pay the bills. Most of our colleagues were poisonously jealous. But I was happy for her, especially when she said it realigned her perceptions about what was possible.

I suppose she was talking to me about it because I never had much faith in the literary establishment and its gatekeepers and wasn’t going to put her down for what she wanted to write. Instead of seeing it as selling out to the world of hackneyed magazine writing-for-hire, she’d found a place that not only celebrated her subject matter—at the time, very Candace Bushnell-influenced—but paid her more than a pittance for it.

She put it like this: “Chick lit is all I want to write. There’s nothing wrong with that. And I don’t see why I have to pretend there is in order to be taken seriously.” I agreed. Sexist double standards and generalizations in publishing were (and in some ways still are) part of publishing on every level. And a term like “chick lit” should be resurrected and repurposed as long as it works against that stupidity.

I also agreed with her because I was already writing my own magazine op-ed pieces for money, loved doing it, and could be very open about it. It would’ve been hypocritical if I acted like a literary elitist. No one said I wasn’t an artist for submitting non-fiction op-ed columns to magazines. No one applied pejorative labels to me on account of my chosen subject matter. That came later, when my skin color and ostensible gender performativity placed me outside the changing ideological filter of many university-based literary publications.

We were drinking beer in the bar just off campus the day we first talked about chick lit and got very self-righteous and vehement about the Manhattan publishing industry. We denounced The New Yorker and Paris Review as sexist old-boy clubs. They weren’t, hadn’t been for years, but it felt good to despise the vast forces of inequality arrayed against us.

Big publishing held all the keys to writerly success and handed them out to the elite, who didn’t need them in the first place. The Big Six were so big and we were so small, so insignificant, rebels with a sacred cause, full of beer and unexamined entitlement. We were lucky to even be attending a graduate program. But we never acknowledged our good fortune and privilege. Instead, we got mad.

It’s a good memory, kind of absurd and funny. It makes me smile. And it’s now something I might put in a short story. As MFA students, we liked to shake our fists at things. Now I’m just grateful (and sometimes amazed) that I have a roof over my head and food in the fridge. I’m not infected with a lethal virus. I have people who love me. And I can still write. Who am I kidding? My life is great.

Lately, in my spelunking through the news, blogs, and our social media cesspool, I’ve come across lit establishment infants, distressed that their angry voices have been drowned out by the coronavirus coverage. I’ve seen the editorial preferences, mostly of grant-funded small magazines, tilt ideologically and aggressively leftward, partly in fear of cancel culture purges and partly because they know the alt-right would prefer to burn them all at the stake.

My own politics go to the left, but sometimes I shake my head when I see academics criticizing virologists for being disproportionately Asian and white, as if a skin-color and gender-performance critique would help them fight the virus and save lives. In a writing program or on a small literary magazine, that sort of critique might have a place—until identity politics homogenize the subject matter into a narrow highly curated range and the publication becomes a political screed.

The tolerance I dream about in contemporary literature, as well as in American politics, seems fairly extinct. Now we must all pick a side and dismiss whatever can’t pass our chosen purity test. I’m not sure I would’ve liked living in Denis Johnson’s barn loft, whether or not I’m white and cis. Ilove his work and haven’t minded when people have used him as a way to dismiss my own writing. But he’s not a culture hero for me in a war I refuse to fight.