My Dream About the Dirty Snails

Not an anxiety dream, but maybe worse. 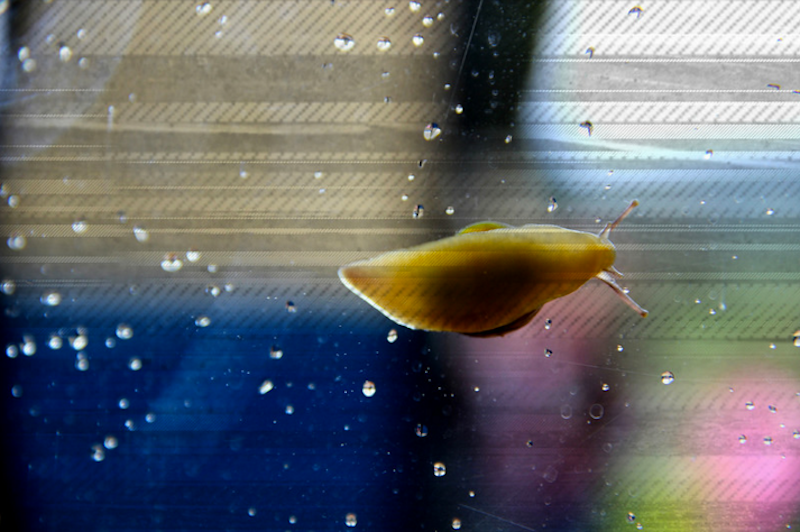 My latest work dream was a bit off-model. This time the work I dreamed about went just fine; in fact, it proceeded apace. I was cleaning up the remains of large snails that looked like packets of veal without the plastic. Lumps of veal, I suppose, segments of veal. But they weren’t veal, they were snails. They didn’t have shells, antennae, necks or heads—they were not designed to go anywhere and didn’t go anywhere—but in the dream they were snails.

Like my other work dreams, this one took place in a big open-plan office with a lot of people and sun. In these dreams I’m new or newish and I want to make a good impression. But things go wrong. I have trouble settling in to the work on my screen, or I show up late, or both. People bustle back and forth. They’re all doing what they have to do, and I would too but can’t get around to it. Showing up at 1:30 in the afternoon, that’s kind of like getting there on time, isn’t it? But I know it isn’t and that something is closing in on me. Failure, I suppose.

These dreams never have an ending. I just wake up. The wake-up isn’t the sort where your heart accelerates and then your eyes yank open because now the thing is upon you. All right, my heart may accelerate and my eyes may yank open, but that’s the medication (anti-anxiety, and sometimes it gives me brain ripples when I’ve been asleep a while). The dream itself doesn’t build to a point of tension that makes further sleep impossible. The dream just flurries along as I learn over and over that, no, I’m not going to do my job, I’m not going to get things right. I really could, there’s nothing stopping me, but I won’t.

I’m surrounded by bright sun and desks and people with their elbows and their busy-ness, and I hear the chatter of names. Rhonda, Dale, Kim, Louis. I see people I worked with long ago and now they’re my colleagues again, but they’ve brought the wrong faces. The offices involved have their differences, but they’re always large and crowded, and people have colonized various sections as their own. Sometimes I move from one patch of the office to the other, all of them jammed with desks and people and filing cabinets and the occasional potted plant, and I hunt for I know not what, something I need for my work.

Last night’s dream found me concentrating on the packets of veal, or snails. I think I had messed up somehow and they were my fault. They shouldn’t have been there, and being snails they had left quantities of slime. The slime had puddled on the floor and was draped over furniture. I had a lot to take care of and spent the afternoon restoring the situation. But restore it I did. The area I worked on looked even better than before. The wood (tables? chairs?) had a chestnut gleam. I reflected that people around the office would know me as someone who got things done.

I don’t know where I put the snails or what I did to remove the slime. The dream skimped on mechanics. But it did treat me to a close-up of a snail, namely a veined wedge of flesh the size of a shoe. This close-up had the overbearing detail that my jittery, medication-inflected dreams hurl at me once they get warmed up. Take a look, the dream said, and nodes glistened next to seams, seams puckered next to splotches. Wet blacks, tans and browns all festered together. I should have been overwhelmed, but I had work to do.

When I was all done, a young Stephen Colbert and I reviewed the rhyme scheme of the Sondheim pastiche he had written. Then, still in the office, we danced.

I guess what bothers me is that the whole thing was probably about sex.