What it's like to see your name in the dedication of a book written by your father. 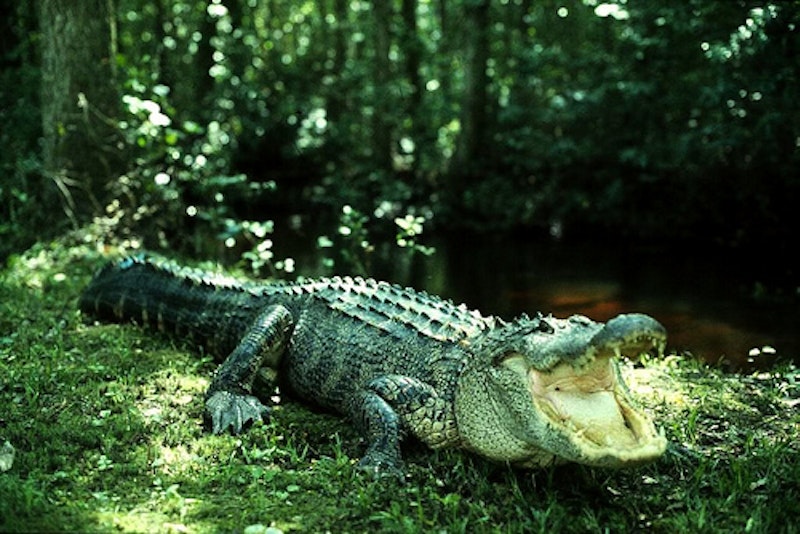 Some We Love, Some We Hate, Some We Eat, a new book by Hal Herzog, confronts the paradoxical and sometimes arbitrary relationships humans have with animals. Some We Love is the culmination of 30 years of the author’s work as an animal behaviorist, but it’s not about animals themselves. It is, fundamentally, about us, the people who love them (and, yes, hate them, and eat them). According to Herzog, our views of animals are morally inconsistent. Why is the geriatric family retriever who farts in his sleep eaten with kimchee and noodles in Korea? Why are men more likely to be hunters and women more likely to be both animal rights activists and hoarders? Are cat people really different from dog people? Why are cockfights illegal and McNuggets delicious? Some We Love attempts to—and often does—answer these questions.

While I am hardly objective (see my last name and half of my genetic code), Some We Love is so interesting that I probably would have read it even if I weren’t scanning the pages for my name. And although I generally prefer Dan Brown to Malcolm Gladwell, I know it’s good because I've read the reviews on Amazon and even the ones not written by members of my family are glowing. Some We Love has received national press as well, which we all know is a mark of quality. It was in Parade, a newspaper supplement that lines the liter boxes of 70 million homes each week. It was favorably reviewed in Nature, which is cool, but not as cool as a favorable notice in the double issue of People with Kate Gosselin on the cover. The author, my dad, has been on C-Span and NPR and Coast-to-Coast, an a.m. radio show that appeals to insomniacs and conspiracy theorists. Best of all, The New Yorker compared Some We Love to Freakonomics, a 2005 best seller that made the authors household names—at least in houses with breakfast nooks and espresso machines.

But this essay isn’t about the book. It’s about the dedication.

My sister Betsy and I both happened to be visiting our parents when the un-proofed reviewers’ copies came in the mail last spring. There it was: the end product of four years of our dad’s labor, the culmination of his life and work in science. Betsy and I glanced at the cover, nodded our approval, and immediately flipped to the most important page: the dedication.
“To Mary Jean,” it said. “For whom I owe everything.”

I wasn’t surprised that our mom was the sole recipient of this honor. Not only did she read every sentence of his drafts multiple times, she accompanied him on the bizarre trips he made while writing the book. She ate a dinner of raw steak with him at a commune in Western North Carolina. She spent a week in the Utah dessert at the largest no-kill animal shelter in the country. She stood close enough to Michael Vick’s pit bulls to see saliva fly as they shook their massive heads. And, her biggest sacrifice, she listened to him talk almost incessantly about the book for four long years. But none of this started with the book—my mom has spent over three decades with my dad and his various projects.

In 1972, my mom moved from New York to Knoxville, Tennessee, where my dad was in graduate school. Knoxville was not on her list of dream destinations. Sexual assault was so common at the time that my dad went to the diner where my mom worked every evening to walk her home. Their first place together was on the 13th floor of a cinder block apartment over an Indian restaurant that smelled of curry. My dad was incubating chicks for one of his research projects and he kept them at home—50 or 60 chickens born every few weeks. Their kitchen floor was scattered with eggshells and bird shit. My mom woke to the high-pitched chattering of baby chicks each morning.

After Knoxville, they relocated to Gainesville, Florida, where my dad was writing his dissertation on communication in alligators. Stepping on eggshells and bird shit was nothing compared to Gainesville. Part of my dad’s research involved taking baby alligators from a humid North Florida swamp, transporting them back to his lab in Knoxville for observation, and later releasing them back in the swamp. He enlisted my mom to assist him in this process. They would take a canoe out in the middle of the night so they could see the alligators by their glowing eyes. Initially, my mom’s job was to steer, but she soon proved to be an inadequate guide. As she told me, “I couldn’t row so I had to be the snatcher. I would get ready to grab the baby alligators and I would start to put my arm in the water, but then I would hesitate and not be able to do it. Then Hal would have to row and snatch them anyway he could—by the back, the tail, the head. They would start squawking, and then the mother would come racing toward the boat and all you could see were their beady red eyes. The mothers at least seven feet long. Huge.”

After a successful night of gator napping, the couple would take their haul back to their apartment. My dad had nowhere to keep his specimens until he could to take them back to his lab in Knoxville, so they put the smallest ones in coolers in their kitchen. And the bigger ones? They duct taped their mouths shut and let them run around the apartment, darting from the bathroom to the kitchen and back, hiding under their bed and scaring Molly, their Labrador puppy. Once my dad's research was finished, my mom got back in the swamp with him to release the young reptiles. Later, she typed his dissertation for him.

My mom might not have loved Knoxville or Gainesville, but she loved my dad, and so living with chicks and alligators and a man with a consuming devotion to his work wasn't a sacrifice. I suspect that those years seemed sort of romantic and easy a few years later when my mom was working, finishing her own PhD, monitoring her kids’ television watching and convincing them that soda was actually Seltzer with grape juice. My dad’s research might have been dirty, but my mom wrote her dissertation with a young boy and twin girls vying for her attention, running into her office and screaming, “MOMMY, I HATE YOUR DISSERTATION” while she tried to write. In those days, my dad was teaching an hour away from our home in Swannanoa, North Carolina. She walked us to the bus stop before school in the morning, walked us home in the afternoon, and kept us entertained until our dad got home from work. The minute he opened the door to our small home, we ran to him, excited to see our daddy, quickly moving from her lap to his.

Some We Love, Some We Hate, Some We Eat was released this past September. It’s a beautiful thing, with heavy paper and a fetching cover and my dad’s name right on the front. I went to Barnes & Noble as soon as it came out. I flipped to the dedication page first, part of me hoping that he’d added my name at the last minute. And there it was, the revised dedication.

“To Adam, Betsy, Katie, and most of all, Mary Jean, to whom I owe everything.”

I'm glad my dad included the rest of us in the final dedication—it’s a pleasure to walk into a bookstore and see my name in print. And I’m proud that I was somewhat involved in the process of writing this book, thanked in the acknowledgments for occasionally telling my dad that his sentences sucked when I read his drafts. I love that my dad—my dad—wrote a book that people are reading and enjoying. But really, I'm the one who should be thanking him. Not just because he told me stories about catching alligators before tucking me in; not just because he took us to see snake pits and animal rights marches instead of Disney World; not just because he taught us to mimic the peculiar yap of the baby alligator and took us to swamps in the night to feed them marshmallows from the safe distance of a wooden pier. What I’m really proud of is that my dad had the good sense to marry Mary Jean, for whom he, and we, owe everything.