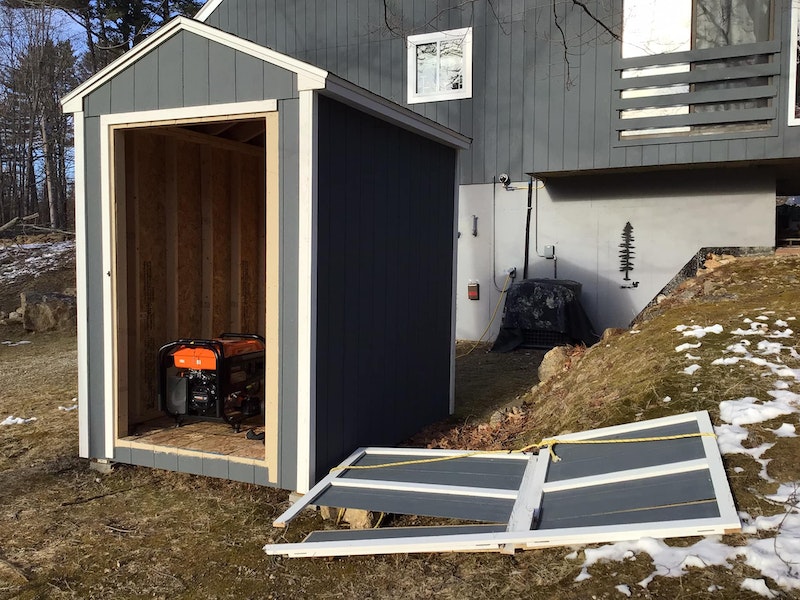 Mary and I decided to move to New Hampshire in the spring of 2021. We’d moved to Cape Cod in 2010 after living in Clinton, Connecticut for over 20 years. After about 10 years on the Cape it was clear it wasn’t the same place where we honeymooned and vacationed years ago. There is almost no “off season” as many people like us became permanent residents. The constant traffic, taxes and regulations reminded us of Connecticut. Our daughter lives in Connecticut with her husband John and our son Bill has been in New Hampshire with his lady Ashley for around seven years. We all vacationed together in New Hampshire a few years in a row as Mary found some great rentals. We fell in love with the lakes, the mountains and the people.

We looked for two years and finally found a home on a private gravel road that led to a lake with a beach for the residents. Everyone pays an annual fee for road and beach maintenance and plowing. The place was completely changed years earlier from a small cabin with two small bedrooms to a two-story house with four bedrooms and two large sun rooms that faced east and south. It needed updating, which Mary took care of. I had a new two-car garage put in. The kitchen has been redone, our bedroom also, the house and garage were painted and we planted trees, shrubs and flowers in the yard. We had a small bathroom put in upstairs and a new deck in the back. Mary wanted a gas stove in the kitchen and a small stand-alone gas fireplace in the living room. Both are powered by a 100-gallon propane tank outside. The furnace is oil heated. Because of the harsh winters and assumed ensuing blackouts Mary bought a generator. We had a small shed built with Dutch doors to house the generator while it ran. I figured we could leave the top door open while the generator ran to let out the carbon monoxide. In 18 months we’ve had two blackouts, the longest around four hours. I was terrified to use the generator, a new territory for me.

But on December 22nd unusually high winds and rain resulted in 13,000 outages for our small Co-op Electric Company. A short time later, our daughter called us to say she and John were an hour away driving up from Connecticut. We told her we had no power but she was closer to us than her home and she decided to continue traveling. After a few hours I tried the generator, which was charged a week before. I couldn’t get it to start and killed the battery trying. We checked out our additional power panel that Mike installed in the basement lights, and it worked! I decided to leave the gloves I used to get gas and fill the generator tank out in the shed because they smell like gasoline all the time. The generator kept shutting off because the carbon monoxide built up so we opened up both doors and tied them to the side of the shed. There were no more carbon monoxide problems. Unfortunately, high winds tore the Dutch doors right off the shed.

We had no internet and everything we read or watch on TV comes from the internet. Veronica and John arrived and we set them up in our guest bedroom with their cat, who we kept isolated from our two cats. When we got the generator we also bought two big five-gallon gas cans to power it. After the first few days my routine is to fill up the generator sometime after 11 p.m., which gives us power until around 7:30 the next morning. I then fill the tank again, drive my pickup truck to the gas station and fill both tanks. The garage doors don’t work without power so I disconnected the door for the truck side. When the generator needs refueling at around four p.m., I gas it up, fire it up and drive to the gas station to fill the one empty tank.

Normally on Christmas Eve we listen to and sing Christmas Carols and watch Christmas movies. Veronica played Christmas music on her phone and we all sang along with it. The highlight was when Veronica decided to play “Bohemian Rhapsody” and we all joined in at the top of our lungs. I made a big Caesar salad and we feasted on lasagna Friday night followed by marathon card games. Bill, John and I were disappointed that we missed all the football games on Saturday and Sunday (Christmas!), but we busied ourselves with cards, preparing meals and gassing up the generator. Veronica and I put together a gingerbread house from a kit I bought. It’s humble but we plan on bringing it out every year and adding to it. John’s a big guy and he helped me carry gas cans around and we got it down to a science after the first night.

With no Wall Street Journal, Twitter or TV to watch, we all read. I read A Christmas Carol for the first time. I caught up on the magazines I have been meaning to read. It became somewhat comical when Mary or John would call the Co-op Electric to find out the status of the outages. The first day it was 13,000 and we were told that our service would be restored by seven p.m. At seven we were told we’d have service by eight. The next morning we were told that we had service. We didn’t. The numbers started going slowly in 100-300 increments. After a few days it was 8000, then 6500, 5000 and 3500 on Monday. On Monday they said our restoration would be by Wednesday the 28th at 10 p.m. On Monday night, the number of outages was down to 1500. Veronica and John left Monday afternoon and suddenly, Mary and I were alone with two crazy cats. On Tuesday morning Mary called the Co-op and the number of outages was 35 and the message was that our service would be restored by Tuesday evening. I told Mary that the next message would say who still didn’t have service!

Our neighbor Alan called Mary on Tuesday afternoon to tell her the Electric Co-op truck was on our street. There’s a tree leaning against a power line at the bottom of the street near the lake. One crew went down and they got rid of the tree. A second big bucket truck went down to fix the transformer or whatever blew. I heard a beep. Power was on! Mary and I started to put the house back together. We have five loads of clothes including some that smell of gasoline. I reconnected the garage door, charged up the generator battery that I initially killed trying to start it, and we’re putting things that were moved back where they belong.

As a result of this we’re much better prepared than we were and a funny thing happened. Mary wanted chickens and last year she rescued a rooster, Nugget, from the New Hampshire SPCA and then got a few rescue chickens, Thelma and Louise, from another place. We had a coop built and a barnyard fence which surrounds half of and is attached to the garage. Mary added two chicks last year, one which had to be euthanized. The surviving chick, Ruthie, was harassed by the older chickens so we set up a separate coop for her. Over time Ruthie was accepted when they were out hunting and pecking or when Mary threw out feed. Unfortunately, Ruthie preferred her own coop so Mary has to maintain and heat both. We had only one outlet for a heater during the outage, so Mary forced Ruthie to go in the big coop with the other chickens. She was frantic to get in her own coop the first few nights but she relented and went in. Tonight with power on and a choice of either coop, Ruthie went in the big one with the others.