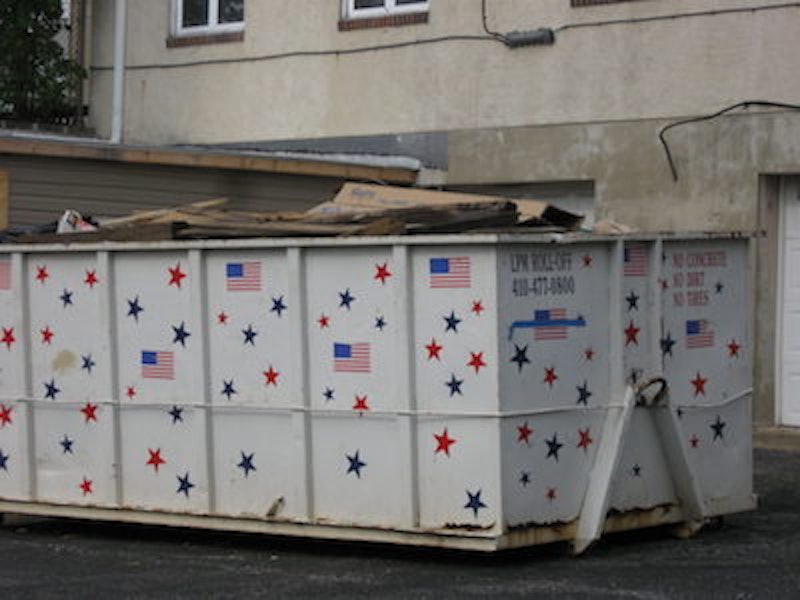 Gun control? Not happening. Can’t have a proper war without guns. It’s a somber occasion for many. Lots of military parades and commemorative war ceremonies. And don’t forget thoughts and prayers. For others it’s merely a traditional backyard holiday BBQ with lots of beer, friends and family. Like so many charred hot dogs and hamburgers to tally the dead from wars past and present. It’s not exactly a joyous celebration we’re observing but a solemn reminder of the fallen who sacrificed for god and country. It can also be said they gave their lives so we can live free. This is debatable, yet stands strong as a major opinion of America and your definition of freedom. It’s always wartime.

As a natural born citizen I consider myself a proud un-American. This country has done so much damage in the name of freedom, here and abroad, it doesn’t deserve pride. There’s nothing glorious or noble about dying in any war. War is what we’ve perfected… why not start another one. It’s my country right or wrong. I’ll take wrong. War is legal murder. War is pure hatred. War is big business. I’ll bear the risk of being labeled anti–American. Or worse, called a stinking commie, pinko, faggot, junkie by god-fearing, gun-toting, flag-waving patriots. Keepers of the flame, the dream and the burning way.

Originally called Decoration Day in 1868, the holiday grew over the years after the Civil War. No mystery how that war turned out today. It didn’t become an official national holiday until 1971, proclaimed by Congress, with the backdrop of the Vietnam fiasco. If there’s one thing Americans can’t tolerate, it’s a war they’ll never win. They’ll flush money down the toilet and throw human lives on the fire before they call it quits, admit defeat or surrender. The never-say-die mentality of our forefathers still stands. The ancient Greeks and Romans held special days of observance for soldiers too. They’d display the dead warriors in public and people would cover them in flowers and fragrant oils to mask the stench. Today over a million miniature flags are placed on soldiers’ graves during the Memorial weekend. And the death toll grows. Car dealers and stores have their sales too, symbolic for all the wrong reasons. It’s good business for USA flag-makers in China.

Memorial Day is observed yearly to remember and honor men and women who died in wars. Not to be confused with Veterans Day. The holiday to celebrate the men and women who survived wars. But on every holiday its deep discount sales time where men and women get killed by consumer credit. Buyer’s remorse for the dead heroes of capitalism.

There’s no business like war business. It isn’t as entertaining as show business but just as lucrative. A multi-billion dollar industry right up there with drugs and prisons. You can connect the dots from the military weapons industry, drug cartels and the police state. Just ask Ollie North, the new president of the NRA. Ask Dick Cheney. Ask anyone who profits from the double misery and suffering of others. Warmongers deal in death and destruction for profit. The politics of the war machine rivals the two-headed baby of church and state. We have no shame when it comes to killing innocent victims in the name of freedom. It’s awkward being Mighty Americans but nobody does war better than us. No one compares to our mutual hatred of anyone or anything that isn’t us. An abstract supreme American ideal wrapped in ignorance.

We’ve always built walls. Put up barriers and bars over our windows, security fences and locks and chains in the land of the free. We keep people locked in and locked out. Telling others what’s right and wrong. We need to check the entire country into a rehab. We’re hungover and strung-out on what goes down daily. We suffer a national amnesia. All the evil shit that goes on disguised as patriotic duty and love of country is stifled by our dumbed-down idiotic belief that we are right and better than the rest. They’re animals.

Those who don’t speak English aren’t human. They should be kept in cages behind bars. Our tax dollars pay for them to live here. They have no right to stand in line at the fast-food dump with us and eat the same garbage we hold so dear. They’re filthy vermin that need to be exterminated. If you’re not white you have no rights. That’s why we call it the White House, dummy. You are just a stupid ugly immigrant. We don’t care if you’re a refugee from a war-torn country that we supplied weapons to. Go back to your shithole country where you belong. We don’t want you here. We’ll nuke your fucking country and turn it into a parking lot for Disneyland. This is what we fought and died for. This is America, asshole. Get out of my face. This is my fucking country. I have a gun. I’m calling the police. You don’t believe in god. We will kill you fuckers.