Organic Farming is an Incremental Game 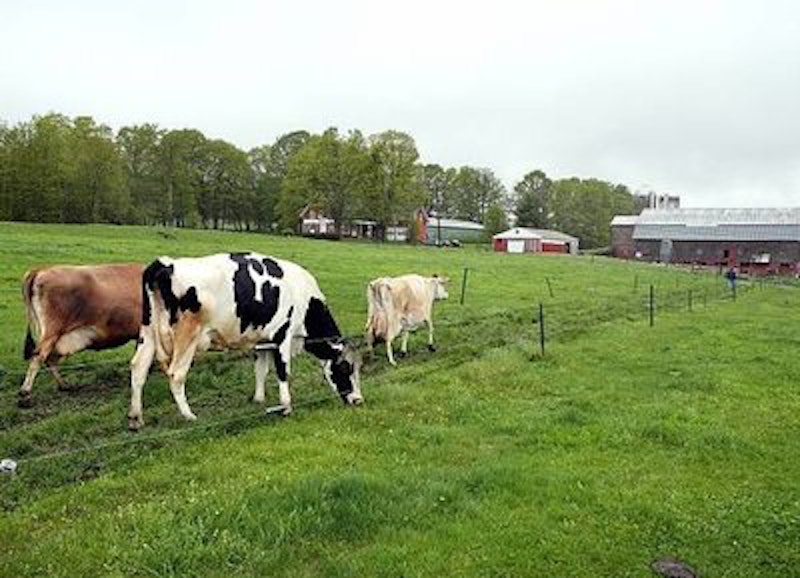 Small success it is, but organic farming is an incremental game. It’s a game of inches, to steal a cliché from American football, a sport that’s a metaphor for jingo American militarism, and that for that reason has seen its popularity skyrocket in this era in which has metastasized the Zionist empire of which the United States is the corrupt metropole. It should surprise no one that some of the most successful owners in American football are militant Likudniks. Militant Likudniks, no less, who have proven themselves capable of a “sharp dealing” that flies in the face of the honest Anglo-Saxon values that, much as I dislike football, undergirded it in its early days, 100 and more years ago.

But I was discussing organic farming. Success indeed! The small organic farming operation that we maintain here on our Benedict Option homestead has landed its first supply contract (if such a grandiose term is warranted). We will now sell our grass-fed beef, veal, mutton, and lamb to a certain Joshua and Emily, a pair of young chefs who have just opened a “farm to table” “New American” eatery in a gentrifying area of Cleveland. This won’t do much for the always precarious finances of our little traditionalist Christian community, but it won’t hurt either, and we’re hoping that it will lead to other contracts, and bigger things. If it doesn’t, we will still have the pleasure of having sold an honest product at a reasonable price, and of having done so in a spirit of reverence for God’s bounty. We will have served the Lord.

Dealing with Joshua and Emily has been revelatory in a certain sense. I feel a spiritual kinship with these young organic cooks, a kinship that spans our differences.

To be sure, the differences are considerable. This slightly glum young couple are leftists, as the Bernie Sanders stickers on their battered Subaru indicate. Their sexual politics are of a sort that I’d no doubt find outrageous if I were to delve into them. (To give you a sense of where these young people are “coming from,” Josh seems to have assumed Emily’s surname, contra naturam, and not vice versa.) And for what it’s worth, on the level of the purely physical, Joshua is weedy and Emily fat; whereas I’m for plump after a sedentary winter, and Mother has about her that wiry tightness of the well-worked goat, or else of the mountain peasant—or, for that matter, of the hardworking farmwife that she is.

Yet there’s common ground between us. We obviously share a sense that the politics of food represent a forward battleground in the localist struggle against global corporate neo-liberalism; we’re both committed anti-militarists (“HANDS OFF NORTH KOREA” reads another sticker on Joshua’s Subaru); and in general, I assume, we’re both skeptics about the sustainability of the post-war American way of life, although it’s possible that Joshua wouldn’t choose to frame the matter in those terms.

We even dress alike, in shorts and sandals, though Joshua’s shorts are (I hope he’ll forgive me) a bit slovenly, grazing the bottom of his knee, whereas when it comes to my own shorts I like to “keep the hem hard by the buttock,” as my boyhood Scoutmaster used to put it; and though Joshua’s sandals (run-of-the-mill Tevas) lack the workmanship that make my sandals the envy of the Russian Orthodox paleocon intellectual community.

I sense new doors opening, new connections being made. These things, along with my faith and the deepening of springtime, give me hope, even though my health problems persist.