Rooster recalls a long ride with no one but a couple of high school students on their way to a concert. 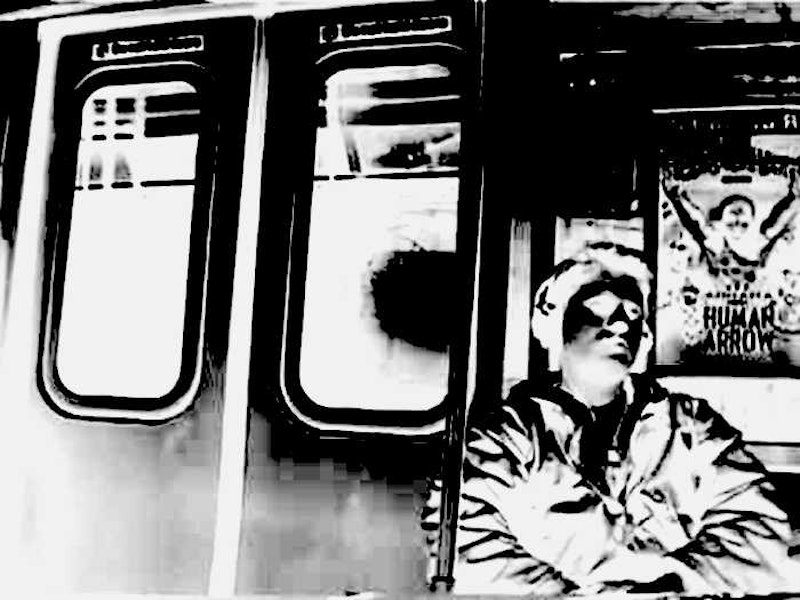 Once, before the walls fell—all of them—there were towers of gold, bronze, and silver, and people worshipped them, and people lived in them. They were guided by the hope that these happy times would last forever and remained steadfast in their way of living and thinking, never stopping to question the world outside of a narrow scope. However spectacular that vision was, its glamor was not long for our world. New York City in the 1990s was the Capital of the Universe, the island of electricity that ruled the world and raised so many fine people. Unlike other American cities, especially those of the Northeast (Boston), I’ve always found New York and its New Yorkers to be genial, wise, efficient, and kind. Anyone that calls them aggressive or rude hasn’t been to Philadelphia, Pittsburgh, or Boston.

I say this with resentment, not only as a bird, but as a citizen of Massachusetts. I wish I lived in a more tolerant and intelligent place than this, because luckily you prefer chicken of the sea over chicken of the land. Unfortunately, I could never survive long-term in the City of New York; despite its endless cultural and culinary pleasures (fresh garbage… delishus…), my breathing body would be confiscated, mauled, raped, maimed, tortured, and executed, whether for sport or grocery. Still, one often has to take trips into the jungle in order to learn again how to survive. That’s how I found myself in Manhattan during the blizzard of 1996.

Later, on the same snowy evening, I made snow angels with two young brothers down in Tribeca. Earlier in the night, I was on the subway on the A train coming from Harlem. Headed south, I noticed we were all alone. Everyone either froze to death or found somewhere to stay before the blizzard turned Manhattan into a grid of dirty dunes, painted with the splattered debris of cars, trucks, shovels, boots, and wheels, instruments of mobility sculpting grotesque obstacles that wouldn’t melt for months. I was going downtown to see about a catnip connection, and if possible a tin of buttermilk for Bennington, the bad one in our family (though you probably know of him by now, his nature bears repeating). On the same car were two teenagers arguing vigorously over various musicians.

The boy had longish hair, not quite past his chin: “…you have to understand that Billy wrote those songs for her, he’s not bitter about her success, he’s bitter because he lost her to ‘the biggest rock star in the world,’ and the fact that that guy wasn’t him, drove him to the brink of suicide. I read about it in Kerrang.” She, wearing all black with a purple jacket, asked him what Kerrang was. I stopped listening for a bit to look out the window: black, nothingness, hurtling towards… something. The boy wouldn’t shut up: “…you’ve gotta understand, he’s not just a rip-off artist, and he’s not even a number-two talent, he’s the analytical, even intellectual rock star of his generation. Kurt was it, he was iconic, no one disputes that. But Billy is doing things with the form that Kurt never approached, or was interested in—” She interrupted him to ask why that even mattered. “Because it’s worth studying. The Smashing Pumpkins are both a rock band and a post-modern deconstruction and analysis of what makes a ‘rock band.’ If Billy wasn’t such a talented songwriter, they’d still be popular, just underground—like Sun Ra.”

What followed was an argument about whether or not Sun Ra was “underground,” one that lasted for the rest of my stop. I passed by the bickering but charming couple on the way out, momentarily distracted from business I’ve long forgotten, a bit of daily routine that’s gone with the wind as much as that blizzard went with the snow. But I still remember those kids, on the New York City subway, in January 1996.