Letting Go of Game of Thrones

I still think we should start seeing other people. 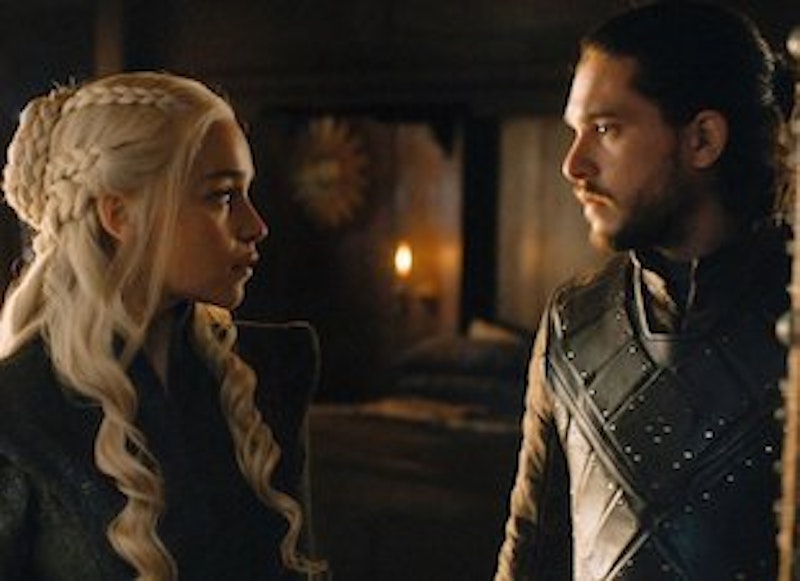 Breaking up is hard. Most of us, at some point in our lives, will have to say “It’s not working out. I don’t want to see you anymore. I’d rather be elsewhere than with you.” If we’re trying to be kind, we might include something along the lines of “It’s me, not you,” because that’s probably somewhat true, even though it’s a cliché. And we might choose not to include the inevitable second part: “It’s also you. Really you. At least from my point of view, it is undeniably and unequivocally you.” Still, that hard bit at the end usually comes across whether we say it or not. And then come the tears.

We don’t like to think of ourselves as being quite that cruel. We imagine we’re compassionate but realistic, gentle but unhappy, sensitive but firm, uncertain but brave. We need a change. We’ve admitted to ourselves that it just isn’t working out. So this is the best thing for both of us. We’re in the restaurant, patting you on the hand, saying we hope you can see that. We’re trying hard not to wince or look away. We just want to get through this. And we want you to get through it, too, because that would make things easier. We just want to be free.

I just wanted us to part amicably. But you started screaming. Then the waitress told us she was calling the police. And then you said to stop the car on the overpass. And I said, “It’s raining. It’s dark. Where the hell are you going to go?” And you told me to go fuck myself, which, being a kind person, I didn’t appreciate. And later, when I got home drunk, full of regret and self-loathing, I discovered that you’d broken everything and had taken your clothes. I’d see you again a year later at some stupid function, where you’d seem thinner and angrier. And I’d wonder if I ever really knew you. This is how I felt watching the last season of Game of Thrones.

I just wanted it to be over. I wanted to be free. And I felt bad about wanting that. I felt like a jerk. I felt like it was me, not the show. At the same time, it really wasn’t me. It wasn’t George Martin, either. It wasn’t the excellent actors. It wasn’t even D.B. Weiss and David Benioff. It was something else, that demonic bird of night that perches on an otherwise healthy relationship and slowly kills it. It was the Army of the Dead. The Plot of the Dead.

Is that what the Night King represented? Actually, I have no idea what the Night King represented—the same way we don’t know what the hand is supposed to mean when the puppeteer screws up and you see him pulling the strings. If it’s not a deus ex machina (and who wants to admit that), then it’s a space-time anomaly in the fictional universe that’ll never be explained. There were lots and lots of anomalous vortexes in the last season of Thrones that’ll never be understood. We need some kind of Wildling bear shaman to explain it to us. But the Wildlings are up north of the Wall dealing with giants and climate change. We’re huddled in the ruins of the Red Keep and the wine is running out.

The icon for the “Hand of the King” looks like a puppeteer’s hand in Game of Thrones, an obvious Machiavellianism that could be tolerated because, as Jeremy Egner puts it in his New York Times recap, “This was a Shakespearean saga about power, blood and loyalty, we once told our skeptical, fantasy-averse friends. Not some show about dragons and wizards.” Please let it be something more than a high-concept weekend at Hogwarts, we said to ourselves over and over. And when it was more than that, Game of Thrones was glorious. That’s when we knew we were in love.

When we got into this relationship, we wanted it to be more than just a fling. We didn’t want a three-film adaptation of The Hobbit with an elf-dwarf romantic sub-plot that wasn’t in the novel. We didn’t want Stephen Fry as “Master of Laketown” until that’s all we wanted because he, like Dinklage’s Tyrion, was the Touchstone, the Friar Tuck, the smart one with a soul. Not like Khaleesi, who was mostly constructed from Emilia Clarke’s supernova smile plus a complicated hairdo and a huge dollop of CGI, or Varys, the walking poker face, or even Cersei, a great wicked witch but one whose emotions got put through Central Casting as soon as Euron Greyjoy started firing his ballistae and acting like the world’s biggest cardboard Alpha pirate. Then Cersei became nothing more than a brittle, wilting (if poisonous) flower and her complexity, her humanity, the thing that made her great, was dead.

I stuck with Game of Thrones to the end. There are forces in the dramatic process that will never submit to rational explanation, especially in fantasy and science fiction. I don’t care how much fancy narratology you trot out to explain why Michael Fassbender works as Macbeth or how Lord of the Rings works as literature or why the original Star Wars still imparts a sense of wonder even after years of degenerate sequels with people wearing garbage cans on their heads and speaking sci-fi Bantu. There’s something about the adaptation of Thrones that appeals as being greater than the sum of its many clunky parts.

Egner’s recap—the smartest review I’ve read of the series as a whole—notes that the central problem in GoT was that it “methodically killed off its most interesting characters (and some of its best actors) as it winnowed into a more traditional good-versus-evil tale centered on its least interesting ones (Jon and Dany).” In other words, in an attempt to create narrative shock and awe, it threw itself away and was formulaic by the end. In the final episode of season 8, I’d have been content with a story about wizards and dragons instead of the sad breakup with a series that, years ago, seemed like no other thing on television but eventually became tedious.

Nevertheless, fan petitions for a remake are stupid. You know it’s true. I take a dim view of “vocal” sci-fi fans. TV Tropes calls it the “Unpleasable Fanbase”: “While Unpleasable Fanbase has been a problem for any media with a sufficiently large fanbase (you simply cannot please all of the people all of the time), in the Internet Age it takes on a new dimension when even a small minority can make their opinions heard. It's enough to make an author want to give up.”

Fans whose emotional lives are so impoverished that they get vehement about how they think their pet fantasy world has been wrecked probably need a special form of counselling. But in the case of Game of Thrones, a petition for a remake of the last season has been signed by 450,000 people so far. That’s a lot of frustration. It attests to the quality of the show, its writing, its gifted actors, and its timeliness as a pop-cultural artifact. Well and good. But I still think we should start seeing other people.

After six bad episodes, there’s often a certain amount of therapy, perhaps a prescription for antidepressants, perhaps some drunk texting, some inappropriate Facebooking, a bit of intermural stalking. It’s natural, the Kübler-Ross of the thing, leading inexorably to numbness, acceptance, and ultimately moving on to other relationships. We hope. At least, we don’t want to dwell on the ugly bits. We want to think about the good times. Run us a tab, would you? And leave the bottle. Valar morghulis. It’s been interesting.