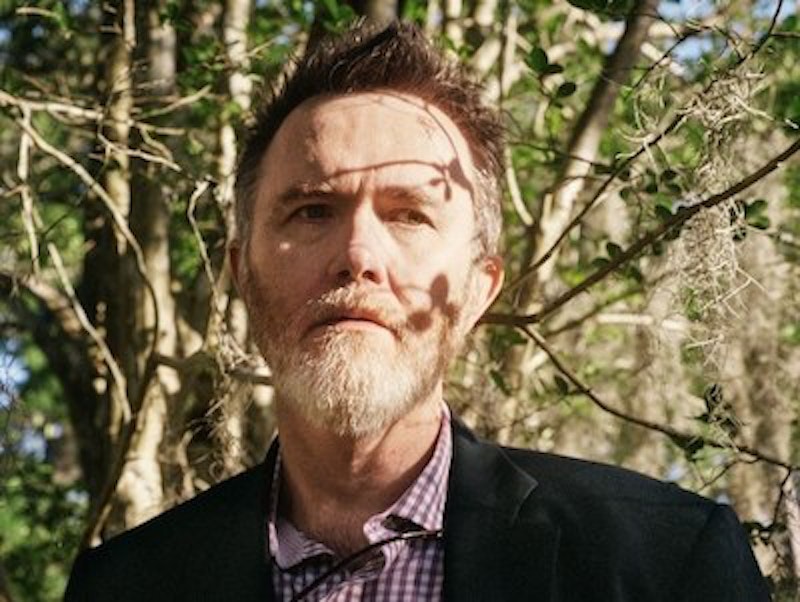 What are we paleoconservatives to do about Rod Dreher, by far the most famous spokesman for our tribe?

Call it sour grapes if you want—I admit that I can’t get out of my mind that even a tiny fraction of Dreher’s publishing richesse, such as it is, would pay for huge and much-needed improvements on our Benedict Option property here in Indiana—but I’ve been going on for years about Dreher. And yet no one listens; no one pays me any attention; no one else seems to see that our movement’s icon has psychological issues.

Yes, the man’s psycho-emotionally peculiar. He lacks a sense of depth, of perspective, of the big picture. For Dreher, every expression of left-liberalism, every ridiculous gesture by that decrepit ideology as, hacking and wheezing, it drags its palsied sack of flesh towards history’s dustbin, represents a monolithic and unstoppable threat to liberty, decency, and true religion. The light is always about to go out to the maximum extent possible, plunging the world into maximum darkness; the legally sanctioned total social ostracism and repression of us orthodox Christians, homeschoolers, and opponents of transsexualist ideology is always about to happen; the Brooklyn-Silicon Valley Stasi is always about to break into our homes and drag us and our children off to federal concentration camps, where we’ll be re-educated in the virtues of gender-reassignment hormone therapy, critical race theory, racialist multiculturalism, and late-term abortion by the combined faculties of the Berkeley social work, Harvard education, and Yale law schools.

The alarm bell is always and eternally cranked up to volume 11 in Dreher’s world. There’s no room for nuance or ambiguity or multivalence; no sense of the ebb and flow of history and power and events. There’s nothing but a relentless one-dimensional super-simple descent towards repression, violent social breakdown, and general disaster, as conceived by Dreher as he sits staring at his computer screen, monitoring the online moron-sphere for signs of social decay and meditating on the fate “Weimar America.”

Weimar America? Get a hold of yourself, man. Why, the world is changing, thrillingly. After a generation of their hegemony, the forces of liberalism are scattering like pigeons from birdshot.

Recently Dreher committed one of his most hysterically alarmist utterances in a while. (Which is saying a lot, since alarmism is to Dreher what contemplative piety was to Saint Sergius of Voronezh.) It came in the form of a response to a reader in the comments section to Dreher’s long post, entitled “The Race War the Left Wants,” about the latest outrage from the New York City Department of Education. The reader, a conservative who lives in New York City and who has kids, mentioned his “despair” at New York’s left-racialist education policy and asked Dreher: “But again, what should we do?... I despair at this stuff. And, with all due respect (truly), please don’t tell us to wait for your next book. I couldn’t bear that kind of answer.”

Buck up, friend. You sound unstable.

Dreher’s answer to this poor soul: “White people don’t protest this stuff. They move. I think you should get out of New York City and move to a place down South that is less likely to destroy itself with this racist ideology. Beyond that, I don’t know what to tell you.”

These are two grown men. Fathers of children.

Dreher seems unable, again, to see the nuance or complications that are necessarily involved in human events; to understand, for example, that an outrageous left-wing initiative could (even in New York City) face pushbacks from a variety of themselves-powerful-enough actors in what remains a pluralistic society defined by great social and political diversity and by a range of stakeholders with different interests and values and who can themselves influence events; that history is fluid and changeable, with no predetermined end; that the forces of Good can win as well as lose, as secular history has shown. In fact, shouldn’t a Christian know that the latter is the very message of the Incarnation?

No. In middle age, long past the point where he should have started to know better, Dreher lacks the imagination or the education to understand this. For him there’s only THE DARKNESS, unstreaked by light or color, undifferentiated, poised to descend.

I’m tempted to accuse Dreher of despair, but there’s something tragic, something dignified, about despair that has no relevance here. Dreher’s merely a typical product of our silly Internet age, eyes glued in panic to his Twitter feed, mistaking the trees for the forest and his anxieties and his intellectual and psychological weaknesses for unsolvable existential crises.

We’re doomed, you say, Mr. Dreher? Speak for yourself, sir. Master yourself. And mind the news. You’ll find just from last weekend evidence that a nationalist conservatism sweet to the sensibilities of us paleocons is sweeping Europe.

Of course, for Dreher the world has seemed to be incapacitatingly alarming for about 20 years now, which is about how long I’ve been reading him, having stumbled upon his writings for the New York Post and other publications back in the 1990s—an age ago, when I was still a practicing member of the Indiana State Bar (not to mention a Methodist). In the middle of the last decade, the oughts, I liked to amuse myself reading Dreher’s panicked blog posts about the inevitable “Peak Oil” disaster. At one point, I seem to recall, he speculated about whether he should buy rural land, on which, with his family, to wait out in survivalist fashion the luridly imagined breakdown of U.S. society—presumably complete with Mad Max-style smoke-plumed landscapes and roving bands of the armed undead—that the sudden absence of oil was about to catalyze.

Having learned little about his own emotional proclivities, nor about how to prevent himself from succumbing to them—govern yourself, fellow!—Dreher has moved onto other terrifying themes, chief among them the final disintegration of our society. This disintegration seems to take different forms for him, from anti-Christian bigotry to a dominant multiculturalism to total American civil war of the sort that will leave the streets of our major cities heaped with thousands of corpses. The very vagueness of his conception of this disaster testifies to my theory that it’s an expression of some deep neurosis on his part.

In fact, it’s the language of therapy, not of sin, that’s appropriate to Dreher, and I feel comfortable in diagnosing him as being afflicted with one of those “cognitive distortions” theorized by the psychologists: “catastrophizing,” which sees total disaster in even the most manageable difficulties and setbacks.

Most people who suffer from this distortion outgrow it with adolescence, when the hormonal bubblings settle down, and the emotional self-indulgences of youth become harder to justify. It’s around that point, the onset of adulthood, that a human being becomes fully a moral agent. One now prepares to put down childish things, to take up adult things, and to assume responsibility for oneself and one’s small corner of the world, including by finding for oneself a niche in which one can contribute meaningfully to our common life. In less hifalutin’ terms, this means getting a job, and it sometimes strikes old Mr. Harris that what would be most beneficial for Dreher would be to do exactly that.

That’s right: Do what your parents did and get a job, sir.

Were Dreher willing to uproot to Hoosier country, I could put him to work here on our organic farming homestead. A couple of weeks weeding the tubers or castrating the lambs, splashing the disinfectant paint on the suppurating holes where the testicles used to hang, might cure the author of The Benedict Option of his melancholic vapors.

Govern yourself, citizen. Liberalism is in its decadence, its days numbered. Our side might be winning, and it’s time to comport yourself like a winner. Look around yourself, straighten your back, tighten your sandals, and exchange your self-indulgent alarmism for useful work in the name of Christ our Lord.