Even when I try to be more considerate. 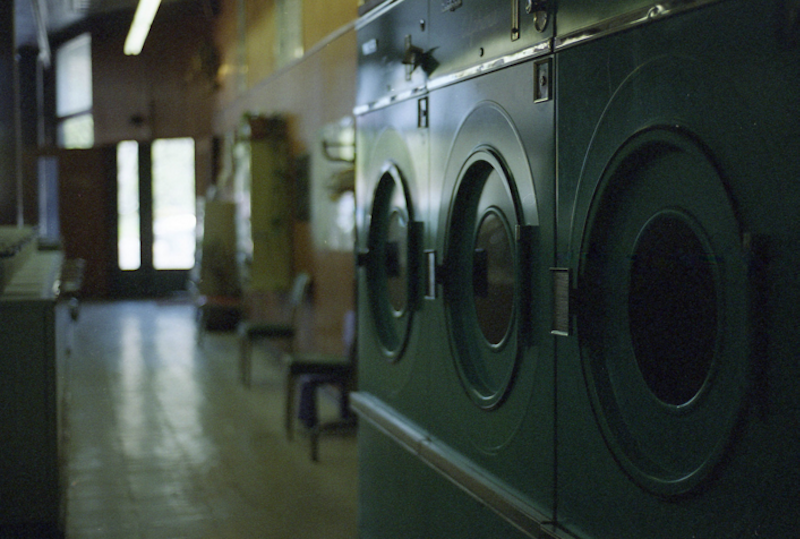 I spend a lot of time thinking and talking about what I want from the future. A rented house instead of a unit in an apartment house. Friendlier neighbors. Fewer college kids around. Financial security. A dishwasher. My son and a major American metropolis within closer proximity, and so on. But honestly—honestly—just hook me up with my own clothes washer and dryer, and I’m marvelous, over the moon. Why? Because laundromats are bullshit. Or, more accurately, some of the people who frequent laundromats are bullshit.

Now, to be fair, all kinds of people frequent laundromats, and this shade is hardly cast at this population in aggregate. Often, lately, there’s a crew of skateboarders chilling at my local, cracking up at swear-riddled YouTube clips—and not actually waiting for laundry. Sometimes there are middle-aged and older women who feel compelled to engage all comers in endless conversation. Very spacey and possibly dosed dudes occasionally wait out cycles on the benches inside. A larger proportion of patrons are jittery and just generally suspicious of everyone else. These types, and many others besides, render the nearby laundromat a profoundly tense and uncomfortable place to spend time. As such, my standard practice has been to spend as little time as possible there, which until very recently meant that hours tended to separate the shifting of loads. This ‘mat is large and underutilized enough that my clothes typically aren’t disturbed, though every once in a while I’ll discover my dried sheets, shirts, and underwear piled on a raised surface.

Last Saturday, I was determined to be a more considerate laundromat patron. It was a heavy wash day: five loads. A wash cycle runs roughly 40 minutes. The idea was to get everything washing, return to my apartment two blocks away for some housecleaning, then swing back just before the cycles ended so as not to inconvenience anyone—and for whatever reason, the joint was jumping that day. Thirty-five minutes later, three of my loads were winding down, and as I separated dryer-bound articles from non-dryer bound articles it became apparent that the other two loads were in their earliest washing stages. Upon closer inspection, I realized that the settings weren’t the ones I’d chosen. Bewildered, I opened both machines—other people’s clothes—with my stuff dumped into dryers. An impatient, considerate stranger yanked my clothes out of running washers so he or she could commandeer two washers, side by side. Cold as ice.