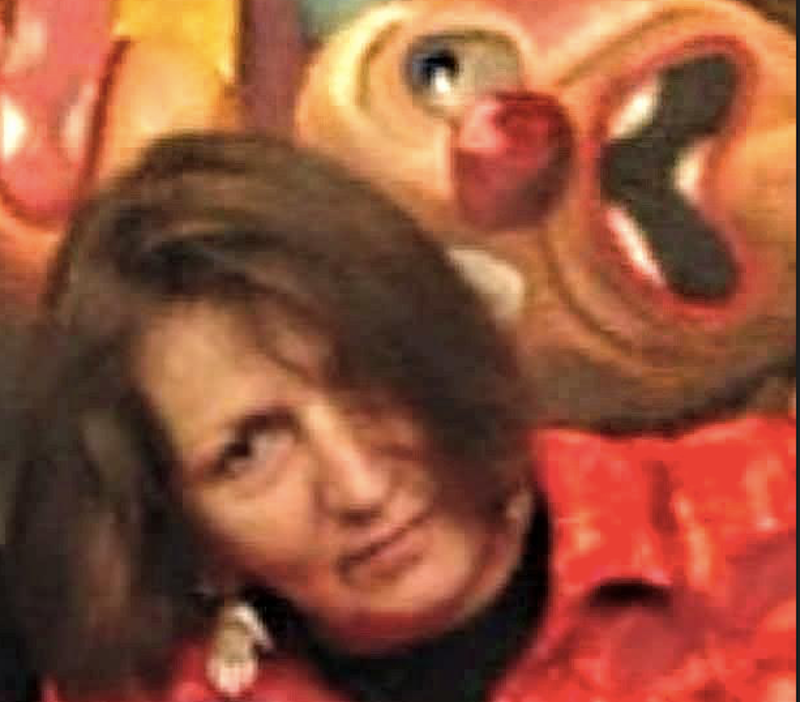 Sometimes I hear things. Weird noises in the dark. Still hanging around just doing my time. I can’t talk poorly about the dead or talk bad about the living. I’m not a judge or executioner. The only cure for this life is death. And death always demands more death. Struck down with the disease of terminal living. Call it transitioning, crossing over to the other side, dirt nap, passed on, long gone, croaked, untimely demise, checked out, left the building, kaput, belly up feet first, or any other name in the book of the dead. You can’t call on death. It arrives on its own schedule.

The poet Gary Blankenburg, aka Mr. Electric, was a mentor to many young poets for decades. He died in August, at 79. Aspiring to freedom in a thankless profession, a noble pursuit, Gary was authentic. A true character in the business of words. In the hierarchy of top bananas and dirty dogs, poets are the lowest of the breed. Just as cutthroat and backstabbing as any other group of misfits could be. They fight over chump change like a bitter beggar growling over scraps of recognition. We all want love or revenge. Not accusing anyone here of doing anything of the sort. It happens. A week after the news of Gary’s death I saw that another “Baltimore“ poet had died. Sandie Castle, at 66.

Sandie Castle had balls, big balls, brains, beauty, and a free spirit that was never squandered. She knew how to use it in a cruel world of male domination, including poets. A woman in an old poet boys club requires chutzpah. She took no prisoners or any of their macho poet bullshit. She had her own brand of machismo. Sandie hit the poetry scene running hard at a time when it wasn’t unusual to have a full-house in attendance at a poetry reading on any given night or day. Baltimore at the end of the century was a cultural Mecca for poets, musicians and artists to ply their talents. Thanks to the likes and loves of poets akin to Sandie Castle and Mr. Electric, they added to the exclusive ranks of poetry to dwell amongst the immortals. They were an intricate part of the city’s burgeoning underground's counterculture. So many have left the world but all leave behind a piece of their own creation. Words and images endure longer than us.

Sandie could hang tough with the best and be as profane as the rest. Not just another street-smart kind of broad. She kicked ass. I don’t want to piss in the poet’s punch bowl but I will. Poets have no home anywhere around here. Uncomfortable in their flesh they tend to seek out their own kind while traveling along the merry alleyways to poetic obscurity. Driven insane by their dead-end thoughts.

I hang with groups like the Hobos of America, Apathy Press Poets and the Clown College. A proud member of various weird musical bands and secret societies of no-gooders like animal conspiracy, biker gangs, Buddhist monks, drunk truckers, ne’er do wells and oyster shuckers. Poets are like that too. A lunatic fringe. But the naked truth is I haven’t seen or spoken to Sandie Castle since those halcyon days. At least a quarter century or more has come and gone by. We had a falling out of sorts. We outgrew our usefulness to each other. Perpetual victims of our own undoing.

But it was more than that. The passage of time was unkind. Never seeing eye-to-eye. Blinded by each other’s love. We stiff each other and flip off the reasons why. Disagreements fester over the years. I don’t get along with almost everyone. I remember the reasons why now. It was never too late because it never started. I realize none of it matters. All that crap under the burning bridges floats away forever adding up to an astounding steamy pile of zilch. The petty jealousies amount to love lost or never offered.

Sometimes things just don’t work out. This dreamy life romanticized, some whisper poetry. Those brief bright moments when you hear some chunk of a melody or some song lyrics, part of a sentence, somebody’s voice, a bell ringing...ticking clock, dripping water. The way sunlight casts shadows. Or you see someone who reminds you of another. A certain taste or smell that brings it all flooding back home to memories. How a single remembrance can stir emotions long buried. I’ve always loved Sandie Castle. She was a power poet of pure energy. She was good if not great, oozing youthfulness, knowing how to work it. Miss the times past. The Catholics are still coming.

I watch the traffic going by and it looks cartoon stupid. An idiotic human driving a dirty, ugly clunky car on crazy rubber tires. Going down the road looking silly in a hurry getting nowhere. In the dumbest way it’s somehow all connected. Those non-entities we become while traveling along are driven by fossil residues. Heading to who knows where. In life’s green room waiting to go on again. We sit still and patiently listen for our cue. Celebrity is fame’s shallow grave. It needs no introduction. Waiting for the grave robbers to steal another corpse. We wait and it continues. To desire all the glory and immortality without any bloody sacrifice. Even death holds no dominion over poets. Slices of life bleed out.