The chemical allowed patients to break through to their subconscious mind and release their psychic wounds. 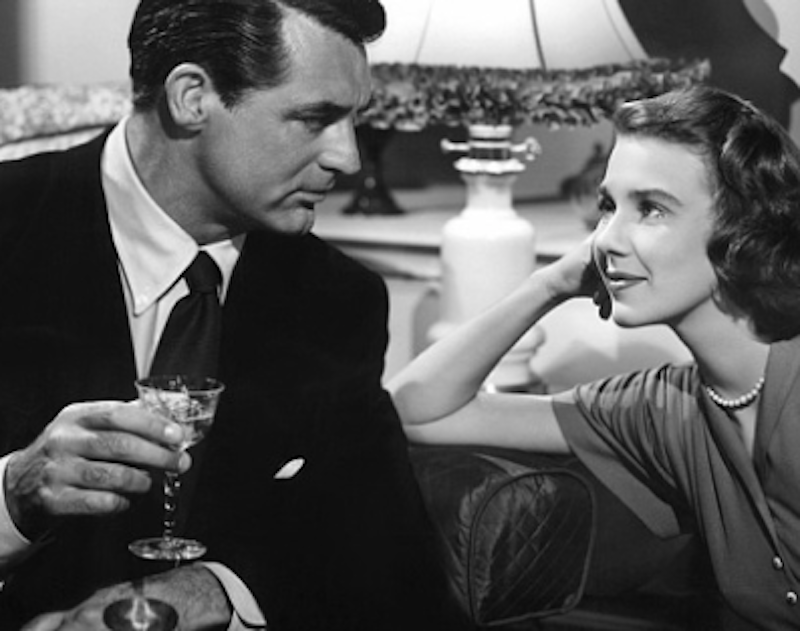 Betsy Drake was a successful New York stage actress, who moved to Los Angeles at the urging of boyfriend Cary Grant. In 1948, she starred opposite Grant in her first film Every Girl Should Be Married. The following year she and Grant were married. It was her first marriage and Grant’s third. Drake starred in several more films then put her career aside to focus on her marriage. In 1957, Grant traveled to Spain to star in the film The Pride and the Passion. He fell in love with co-star Sophia Loren. When he returned, Drake knew their marriage was over.

Drake fell into depression. A friend told her about a new type of therapy involving a mysterious wonder drug. The chemical allowed patients to break through to their subconscious mind and release their psychic wounds. With nothing to lose, Drake agreed to try the therapy. That night she had dinner with Grant, playwright Clifford Odets, and violinist Jascha Heifetz at Chasen’s restaurant. She told the three luminaries, “Tomorrow I am going to take LSD.” They had no idea what she was talking about.

The following day Drake met with Dr. Mortimer Hartman who ran the Psychiatric Institute of Beverly Hills. Dr. Hartman treated “garden variety neurotics” with guided LSD therapy sessions charging $100 a dose. The drug was legal as long as it was taken with a licensed therapist.

During Drake’s first LSD session she felt a “horrible crushing sensation” as she relived her birth experience. She took LSD once weekly for several months. By the end of her treatment ended, she felt liberated. “LSD therapy gave me the courage to leave my husband and speak my mind to him,” she said. She and Grant divorced in 1962.

Grant was intrigued by the changes in his wife’s personality. He was also paranoid about what Drake told Dr. Hartman about their marriage. He decided to try the treatment. Given his traumatic childhood, he knew therapy couldn’t hurt.

Grant was born Archibald Leach in Bristol, England in 1904. When he was nine, his mother disappeared. His father told him his mom went on a “long holiday.” A few weeks later he told Grant his mom was dead and gave no explanation. Grant’s father abandoned the boy and moved away to start a new family. Grant moved in with his paternal grandparents. Twenty years later, he learned his mother was still alive. She’d been institutionalized the entire time.

Grant was 55 when he began therapy. Dr. Hartman told him LSD intensified “emotion and memory a hundred times.” The sessions involved taking a single dose, observing the ensuing images, thoughts and feelings then exploring the experience in subsequent sessions. For Grant, LSD was transformative: “I was hiding behind all kinds of defenses, hypocrisies and vanities. I had to get rid of them layer by layer. That moment when your conscience meets your subconscious is a hell of a wrench.”

Grant’s biographer Marc Eliot wrote, “LSD took the locks off the prison doors that Grant lived in emotionally.” Dr. Hartman diagnosed Grant with “prolonged emotional detachment.” Grant said, “I learned to accept responsibility for my own actions and to become myself and blame no one else for circumstances of my own creating. I learned that no one else was keeping me unhappy but me.”

Grant gave interviews to Ladies Home Journal and Good Housekeeping on the positive effects of LSD. In a 1959 interview with Look magazine, he said, “I wanted to work through the events of my childhood, my relationships with my parents and my former wives… At last, I am close to happiness.” The editors of Look complemented Grant for “courageously permitting himself to be one of the subjects of a psychiatric experiment with a drug that eventually may become an important tool in psychotherapy.”

Albert Hoffman discovered LSD in 1938 while working for Sandoz Labs in Switzerland. He was trying to create a stimulant for the central nervous system when he synthesized Lysergic Acid Diethylamide-25. He got some of the chemical on his fingers and inadvertently touched his lips. He went on the world’s first acid trip. He “perceived an uninterrupted stream of fantastic pictures, extraordinary shapes with intense, kaleidoscopic play of colors.” He said LSD was “medicine for the soul.”

Psychiatrists in Britain began using low doses of LSD during therapy to help their patients reduce anxiety. In 1954, LSD therapy emerged in America. Dr. Hartman obtained a large supply of the drug from Sandoz Labs. He opened his Beverly Hills Institute in 1957 and soon business was booming.

The FDA took notice and closed Hartman’s facility in 1962. Acolytes had to obtain the drug on their own and embark on trips without a sanctioned guide. This led to lower-quality LSD and bad trips. Grant was not immune. “In one LSD dream I shit all over the rug. Another time I imagined myself a giant penis launching from Earth like a spaceship. I seemed to be in a world of healthy, chubby little babies, legs and diapers, smeared blood, a sort of general menstrual activity taking place.”

Grant wasn’t the only celebrity to try LSD therapy. Others included Esther Williams, Andre Previn, James Coburn, Polly Bergen, director Sidney Lumet, screenwriter Charles Brackett, Aldous Huxley and Anais Nin. Nin wrote of the drug, “My senses were multiplied as if I had a hundred eyes, a hundred ears, a hundred fingertips… I could dissolve, melt, float, soar.”

In 1965, Grant married actress Dyan Cannon, his fourth wife. They had a daughter, and the marriage lasted three years. Cannon told the Daily Mail that Grant tried to force-feed her LSD to make her a “shiny new wife who could meld as one with her husband.” During their child custody trial, Cannon’s lawyers labeled Grant an “unfit father” due to his LSD use. He was given only two months a year with his daughter.

As Timothy Leary and Ken Kesey spread the gospel of LSD around the country in the 1960s, public opinion turned against the drug. Several suicides and murders were attributed to LSD and authorities claimed the drug made people insane. In 1968, the FDA criminalized LSD possession. Grant remained an advocate. He took more than 100 doses in his lifetime and called Dr. Hartman “my wise Mahatma.” He left the doctor $10,000 in his will.

“All my life I’ve been going around in a fog,” Grant said. “You’re just a bunch of molecules until you know who you are. Imagine the good that would come putting a few healthy magnums of LSD into the water supply.”