Just Being the Genius

From r&b and Motown artist to all-encompassing addiction to a literary reading at a small coffeehouse in Ann Arbor, Andre Williams debut work is "a novel 73 long, strange years in the making." 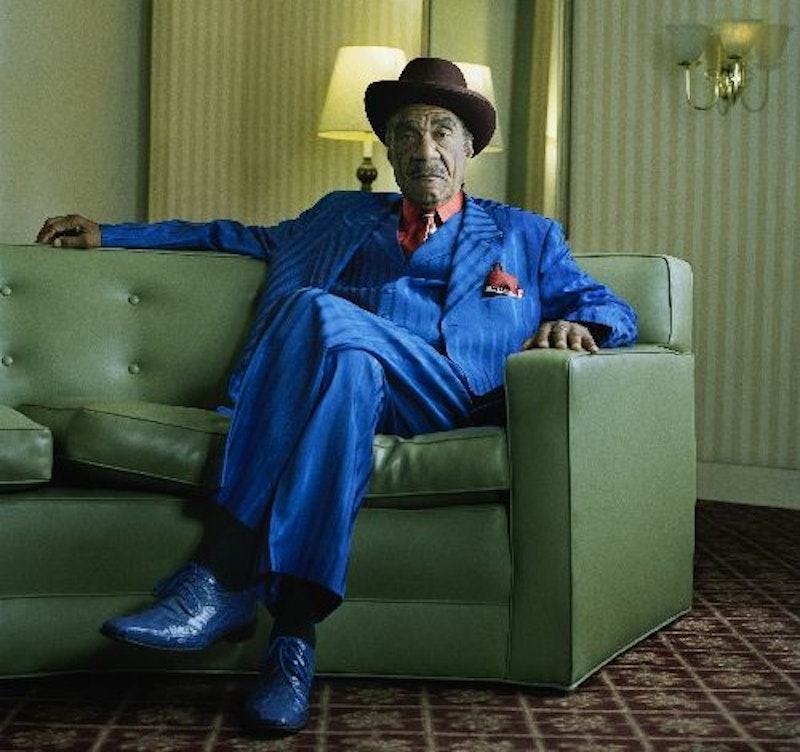 Andre Williams is a tremendous new voice in American fiction, which is funny, since he’s been a tremendous voice in rhythm and blues for over 50 years. Born Zephire Andre Williams in Bessemer, Alabama, in 1936, Williams grew up in Chicago and now resides there again, by way of the Navy, Detroit, Los Angeles and numerous other mean streets. It was in the Motor City where he hooked up with Nolan Strong and Nathaniel Mayer at Fortune Records, and cooked up “Bacon Fat” and “Jail Bait”—two sleazy r&b hits that featured a Williams monologue over a hot and blue tenor saxophone and doo-wop harmonies.

It was uphill from there, for a while at least—Williams co-wrote Stevie Wonder’s first song, “Thank You For Loving Me,” and the timeless “Shake a Tail Feather,” later popularized by Ike & Tina Turner, worked with a veritable who’s who of Midwest labels, from Motown to Chess and a lot of smaller ones in-between and even wrote songs for Parliament and Funkadelic—which possibly presaged the free fall into drug addiction that would take him completely off the map for much of the 80s and 90s.

Meeting Williams, its hard to imagine someone with so much charm and the gift of gab to fall on such hard times—but he’ll tell you exactly how it happened, and before you know it, two hours will have gone by and you’ll still be nailed to your seat, hanging on every word. In the basement of Café Ambrosia in Ann Arbor, Williams told a few stories about Sweets, the title character of his first book, and of how he came to write a novel in the first place.

Williams explained that having his weight plummet to 80 (!) pounds was his wake-up call; that if he didn’t finally kick his junk habit, he was gonna kick the bucket. He checked into a rehab center in Chicago, but quickly realized coming up with the $150 a week was going to be difficult. Enter a savior, Miriam Linna, one of the proprietors of Norton Records. She made a deal with him: send her five pages of prose a week, she’d send $200. That’s when, according to Williams, the juices got flowing, and “being the genius” he is (one of his favorite expressions) Sweets and Other Stories was born as the sublime result of recovery.

Reading his tales (“one page of truth, one page of lies” is how he describes his storytelling), its hard not to imagine yourself back in Chicago, circa 1955. Williams said he chose a female protagonist (based on a real acquaintance) because “everyone loves a winner,” and what’s more exciting than a drug-dealing, murderous, bi-sexual prostitute with an attitude. This isn’t pulp though; this is a novel 73 long, strange years in the making.

Williams has a lot of plans for himself, and when he’s got that glint in his eye, you know he means business. He’s about to launch a fragrance (which was going to be called Humpin’ Bumpin’ and Thumpin’, before he settled on Bait & Switch) and says more writing, and perhaps even a movie is in the works. Either way, this is a voice that deserves to be heard and read. When Andre Williams leaves us (I hope not any time soon) there will never be another.