The outrageously stressful experiences of traveling in India. 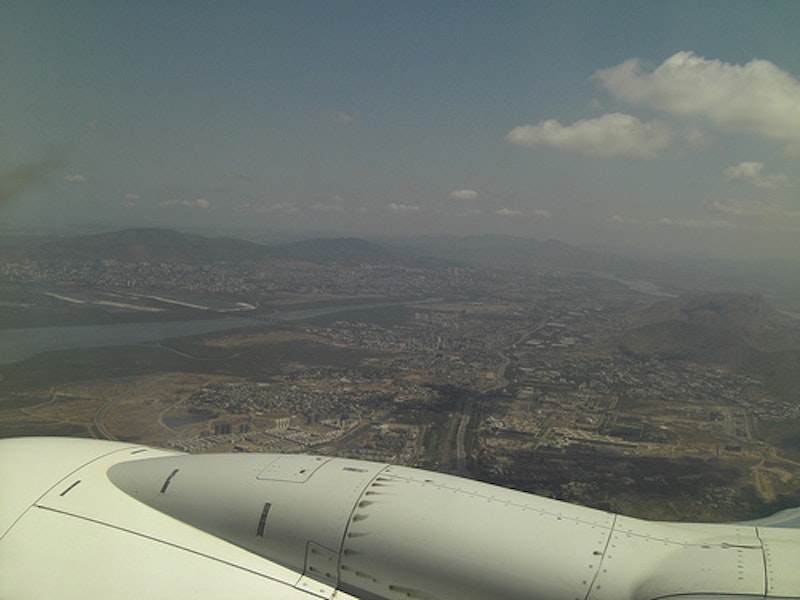 Technically, the rupee (INR) is India’s national currency. The notes aren’t quite as exotic or fun as you might expect—not hilariously oversized like the Czech (or Slovakian) Crown nor as delightfully imperial as the British pound. Really, it’s just a picture of Gandhi on the front and some pastoral scenes on the back.

But the rupee is not the true currency of India; the real currency is information. India is a nation riddled with corruption, choked by bureaucracy and mucked in opacity. If you know how a system works or know the true value of something, then it is worth infinitely more than a simple rupee. You can save time, money and dignity. Or you can have all three brutally wasted.

I left Delhi at the end of February to embark on a three-week journey through southern India. When you’re living in India, the frustration-awesomeness ratio tilts largely toward awesomeness. Once you figure out the real value of a taxi ride, memorize the directions to where you’re staying and get a feel for neighborhood value, you can begin to settle into a routine that feels at least relatively normal to someone from the West. For example, now I know that waiting on the soul-crushing, 40-minute line to get a prepaid taxi at the New Delhi Train Station can be easily averted by going straight to parking lot and overpaying by 40 rupees (a little over 80 cents) for an instant ride. If you don’t feel like overpaying, you know the consequences. It’s all about understanding that you have a choice in the situation. And once you master this aspect of life, then the little annoyances become local flavor, and you slide into the Indian pace of life which is both easygoing and exhilarating at the same time.

Traveling in India, though, is a rollercoaster. When you’re locked into a routine, you ease into the Indian flow. You get accustomed to “Indian Time,” the fluid concept of promptness that dictates most life here. You figure out what things you need to be on time for (that Internet Café in the market tends to close 25 minutes early, for instance, also—surprisingly—trains are almost always right on time), and you plan accordingly. Likewise, showing up 30 minutes late to work or class every now and again, while certainly not encouraged, generally goes unnoticed as long as you put in the same amount of time for the day.
But traveling is all about catching planes, trains and buses. It’s about making sure you’ve planned your day to catch the incredible site before it closes. When you travel, you’re trying to get India to conform to your schedule. And, unfortunately, when you push India, it pushes back. Living in Delhi, I could always get something taken care of, because I always had time in the future. Leaving Delhi and then India, though, were exercises in mayhem.

Three weeks after coming home, Indian Time is still stressing me out. I had to ship home several boxes of books, blankets, and other odd things that I wouldn’t need on my travels and didn’t really have the space to accommodate. It took me three trips to the post office over five days to finally ship them out, including a three-hour trip on my last day in Delhi. Apparently, there is an inane requirement that all boxes must be covered in cloth and sewed shut before shipping. Unfortunately, the post office is closed on Sundays and the markets with the necessary cloth are closed on Mondays. Even more annoying, the markets don’t open until 11 or 11:30 a.m. and the post office closes at four p.m.

I have no idea how much cloth costs, whether I paid a fair price for it and how much it costs to get it sewed. Despite the three trips, I only fully understood the process until after it was completed. The additional costs—taxi rides, cloth, sewing—were almost enough to send a small package. When you factor in the much-higher-than-advertised-but-still-lower-than-UPS prices, the cost of all that time, and the year off my life I most likely lost worrying about having to undertake such an exhaustive task the day I was leaving, well, it was a really shitty experience. Two boxes, unbelievably, actually came exactly on time, but the two biggest boxes still aren’t here, almost two weeks later.

That very same day, just a few hours later, I was sitting in the airport waiting with my friend, accompanying me on a portion of the trip, for our two-hour-delayed plane to Mumbai. I began to get this uneasy feeling in the pit of my stomach that I couldn’t shake. I realized on the plane that I hadn’t gotten a response from the e-mail I had sent to our hostel in Mumbai a couple days ago. Unfortunately, this is standard operating procedure when it comes to Indian lodging reservations. Instead of forms and credit card reservations, most places simply send, usually several days late and often poorly written, e-mails from personal addresses to confirm bookings. I knew the hostel was really popular, and I was a little freaked out about not getting a response.

Upon landing, we decided to call the hostel to double check our reservation. Sure enough, they had no record and were fully booked. Even more unsettling, when I was looking up the number in my guidebook, the entry said they don’t even accept reservations. I had contacted them multiple times and actually had two separate bookings (as I went to Mumbai twice). We landed in one of the largest cities in the world at 10 p.m., an hour outside the city center, with no place to stay during a relatively popular tourist season. We ended up staying in a dirty, dark, small room that smelled of urine and feces and was about one-click above “Wow, I don’t think we can stay here,” even though leaving would have meant wandering the streets of Mumbai at 11:30 at night with several huge bags and no direction.

Leaving the country wasn’t much easier. The hour-long ride to the airport in Mumbai somehow morphed into a traffic-induced two-and-a-half-hour exercise in seeing how freaked out India can make me. Although I left at 7:45 p.m., well clear of rush hour by the normal Delhi standards and four hours before my flight was to take off, we sat in a virtual parking lot that ended with a wide-eyed shell of me hysterically racing to the airport counter less than 45 minutes before I had to board my plane home.

Yet, somehow these things always seemed to work out. The truth is, Indian people get it, they know it’s hard, and they care so much about strangers that they try to get you through it. I had four post office employees basically stop everything they were doing and help me, some ill-informed foreigner. They spent three hours with me, taking me to the market, sewing up my boxes, walking me through the paperwork. Two of them weren’t even allowed to receive tips that they certainly earned. They were just helping because they were nice (I know they work there and all, but one of them was the lady selling stamps and she sewed up half my bags in between stamp purchases, definitely not in her job description). We ended up finding a great place to stay in Mumbai. The airline employees chilled me out and got me through the line so fast that I made it to the gate with 20 minutes to spare. Now, I just hope my boxes hurry up and get here.