Bennington comes back to the Quibbits home and concludes his Grand Tour of the Tristate and DelMarVa regions of the United States. 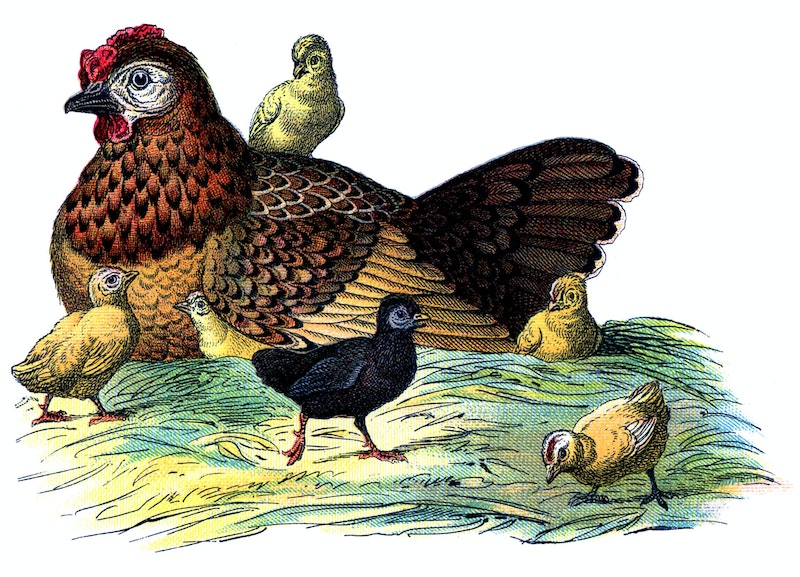 Pictured: What the author cannot have and never will.

This is Part 10 in a series, Bennington Unchained. This is the final installment.

Right as I was plunging grave-wards, Rooster came scurrying down the trail to save me. I heard him jump in the water. I heard him scream for help when he started to drown. Apparently he had some help, because a boat came, and soon he was singing “Stayin’ Alive” and pumping my chest and breathing into my beak. I was alive then, I was alive all the time—you see now I know what it’s like to be dead, just like Peter Fonda.

Rooster was crying when he saved me. I remember coming up and vomiting water and blood. Something else black and chalky also came out of my body, and I’m glad. I’m a new bird now: clean in more ways than one (no swearing in the house or outhouse bathroom shed). But I had to learn this the hard way: facing death after 10 weeks in its long, long shadow. Death followed me everywhere since April, and I’ve been dying to get home ever since I caught this bug to travel. I figured since everyone was coming out of the pandemic suddenly (wig moment), I could escape the abusive household which had exploited my mind and soul for so many years now, and finally, finally now break free. We can be eternal again.

Not so—I love my cousin. He saved my life. He was there for me when I wanted to be forgiven, when I had come back. He was willing and ready to accept me back into his life. Yet he refuses to acknowledge that he was ever there that night at the Green Harbor River.

“Why would I lie about this? You saved me! You saved my life, Rooster!” He scoffs. “I don’t know what you’re talking about.” Whenever he’s in the house, he’s solemn and stone-faced. “Monica, get me a beer.” Rooster never drank beer before. He’s talking to his wife (bitch) like she’s a waitress. What’s going on? Did I die? Did I not wake up? “Bennington, we’re glad you’re back. We’re not exactly thrilled that you got paid to write about it—”

“That was OUR MONEY, ASSHOLE!”

“Monica, please. I am handling this.”

I brushed Rooster’s wing. He didn’t like that. “You have boundary issues.” I leaned back. “You have a mean wife. She has never treated me right and you know that.” He scoffed again. “That’s my fucking problem, Bennington. I’m not a social worker. I’m her husband. I have to stick up for her. You’re annoying to her, that’s never going to change.” I leaned back even further in my hay chair. “What is it that I do that she finds so annoying?”

Rooster sighed. “It’s not anything specific that you do, it’s just that she finds you annoying. Your whole thing. Your being, whatever.” I couldn’t believe what I was hearing. “So what am I supposed to do, just… die?” He laughed. He laughed. “Yeah, why not,” he said, “that would be pretty funny.” I got up, drank another glass of water, walked out the door, and never came back.

It’s been 17 hours and 15 days since I left the Quibbits home. I’m not coming back next time. I’ve been put up by a rhinoceros (!) friend of mine in Bushwick. He’s in Africa for the year and he’s letting me sub-let his enormous cellar loft. I can steal coffee from down the street and lettuce from Gristedes. I drank an orange soda last night. I’m happy now.

The dynamic is even more toxic than before, and I’m done being treated like avian garbage. I’m not bird trash, I’m Bennington Quibbits—get used to it. My cousin and his stupid wife write their little articles, and I write my own, and they’re different—get used to it. As part of a select “social media rehabilitation program,” I’m getting my Twitter account back—get used to it.

Things are coming up for Bennington and it’s because I finally realized I’ve no time left for suffering. We Quibbits are getting up there—3700 years almost. I’m not sure when our “clock” runs out, when our deal is up—the deal that Rooster and Monica forgot about a long, long time ago, when we were common land chickens in prehistoric Central Europe.

Another time, chiclets, another time. Benny needs his downers and his cough syrup. He’ll be out for a few weeks or months, but Rooster and Monica will be back next week serving you the same saccharine corn syrup nonsense you’ve come to expect from them.

And with that, all was right in the jungle once again.