The recession means that some writers are traveling farther down the freelance rabbit hole that they ever expected. 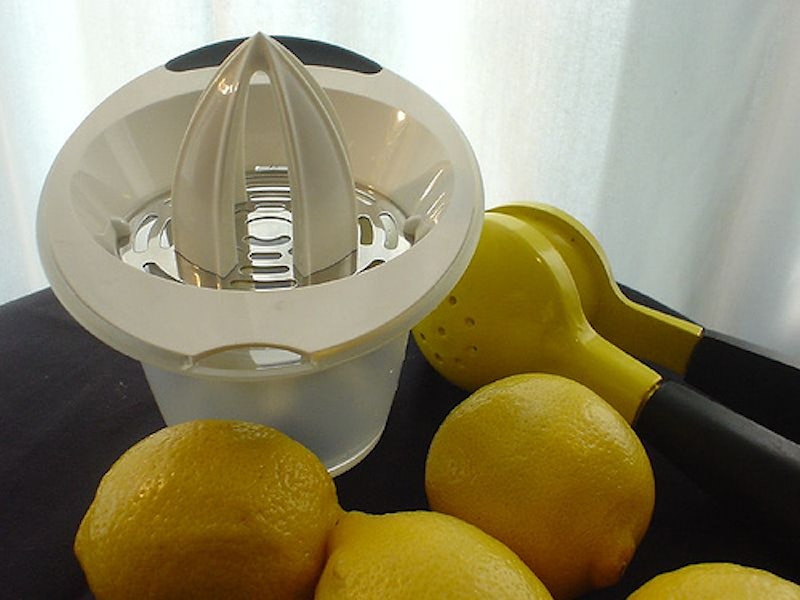 Like many people, the economy is driving me to look for income in ways I never would have thought. I've started scouring the Internet in search of freelance writing gigs. I've done a bit of this before, but the misery of my finances—my unpaid credit cards, my looming rent—has driven me to apply for jobs that are, frankly, a bit sketchy, ones for which payment, or even legality, are cast in doubt.

A week ago, there was a gig posted on Craigslist for someone who could write product descriptions, 200 words on countertop juicers. Now, perhaps there is a genuine need for people who can write juicer descriptions. What raised my suspicions in this case was the bizarreness of the job advertisement, the weird grammatical constructions, the lack of periods between sentences:

I will payment you to wright descriptions for juicers Five dollars for each this time.

I applied. I Googled one of the juicer models in the job ad and cribbed a description from another product website. I emailed it off and thought, well that's that, hope not exactly abounding.

The next day, "Peter" emailed back, with enthusiasm.

You’re description has read great! I want to payment you. Can you wrote 10 more?!?

My curiosity piqued, even with suspicions intact, I wrote 10 more. I figured, why not? Most of my days were spent looking for work, applying for jobs that 300 other out of work editors and writers were applying for. Days of such hopeless stress—as I watched my credit card holders become increasingly red in the face—that I'd do anything to take my mind off things. I cribbed 10 more juicer descriptions and sent them in.

Peter was delighted. I will have money at PayPal at today! Give me account number Will you blog for water filters?!?

Within a half hour of giving him my PayPal info, Peter had deposited 55 dollars—11 juicer descriptions at five bucks a pop. Huh, I thought, that went okay. Easy cash.

And it was, and has been, easy. I write about water filters, the healthful benefits of wheatgrass juice, and Peter gives me money on the spot. But even so, come on, what's going on here? Who is Peter and what is he doing with these things I write? I have no idea. I know nothing about him, who he is or what concern he works for, and he knows nothing about me. There's no paperwork between us, the money he gives me is attached to no contract, has no record of existing. And yet he continues to send me bizarrely penned writing tasks from somewhere, some far-flung juicer outpost of the world.

So, not having any idea, I've decided Peter is Belarusian. I've determined he's a good guy, excitable and decent, at least as it comes to paying me, but that he's possibly a drunk and likely some kind of criminal. I imagine him stumbling to his computer, authoring his wildly enthusiastic and grammatically confused emails, and stumbling back into bed to sleep one off. I've also imagined some kind of Russian prison camp, the damp cell he's been tossed into for smuggling water filters. He's managed to bribe the guards into letting him use the one computer in the library/sausage pantry to run his juicer description racket. He sells these on the description black market, wire transferring his cut of the profits, after he pays me my five dollars, to his cousin in Ukraine.

The thing is, even if Peter lives in Roanoke and is married to a preschool teacher, there really is a juicer description underground. It's a shadow economy, paid in cash, one that operates below official lines, no W2s or independent contractor agreements. It's a world where blogs on Rebounding for the Elderly have cash to throw around, where people like Peter are given jobs to hire people to supply the goods, 300 words of "original" content.

And in an economy in which cash is short for everybody, this strikes me as peculiar. It's not a lot of money, only five bucks per juicer, but business at even the most moderately priced restaurants has plummeted, and people have stopped going to the movies. Yet there's juicer money to be had? Never mind who's paying for the descriptions, who’s buying the actual machines?

I could ask Peter these things. He's a nice guy, it seems, probably as legit as any other small business owner making his way in the world, and he'd probably have answers if I wanted them. Thing is, if he's not saying anything himself, why bite the hand? Times are too tough for that. Better to write and let the juice money flow.