This month, I'll be working with two other online book nerds to parse Thomas Mann's "Decline of a Family." 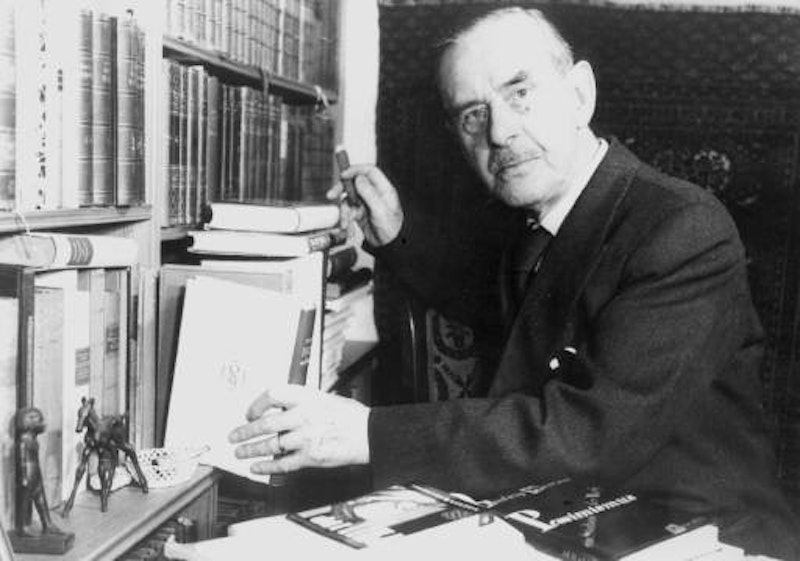 In between Splice duties, I'll be spending March (and potentially beyond; it's a big book) reading Thomas Mann's 1901 debut novel Buddenbrooks in collaboration with Scott Esposito and Sacha Arnold, both of the superlative online literary review The Quarterly Conversation. The discussion's going down at Scott's blog, Conversational Reading.

I've been a contributor to TQC for a little over a year now, but even if I weren't, I would read it for the consistently high quality of fiction and poetry coverage they offer every three months. In particular, TQC is part of a growing online community of literary reviews that put a special emphasis on translated work, partly in response to the larger print book reviews' resistance to this coverage.

So far, in fact, our discussion has mainly focused on the different merits of the two widely-available Buddenbrooks translations. We've all settled on John E. Woods' 1993 version instead of the one by H.T. Lowe-Porter that appeared earlier in the 20th century, but Mann's use of vernacular and puns (both essential to his aims) raise the question of whether any translation can possibly capture these subtleties. So far, Sacha's had reservations, but I'm more inclined to the "Fuck it, dude; let's keep reading" mentality myself.

It's a thick, meaty book, however, and the conversation is bound to fly all over the place as we progress. Please join us, or, if you've already read Buddenbrooks, add to the dialogue in the comments.