Journalism’s Death; Flower Season Is Upon Us 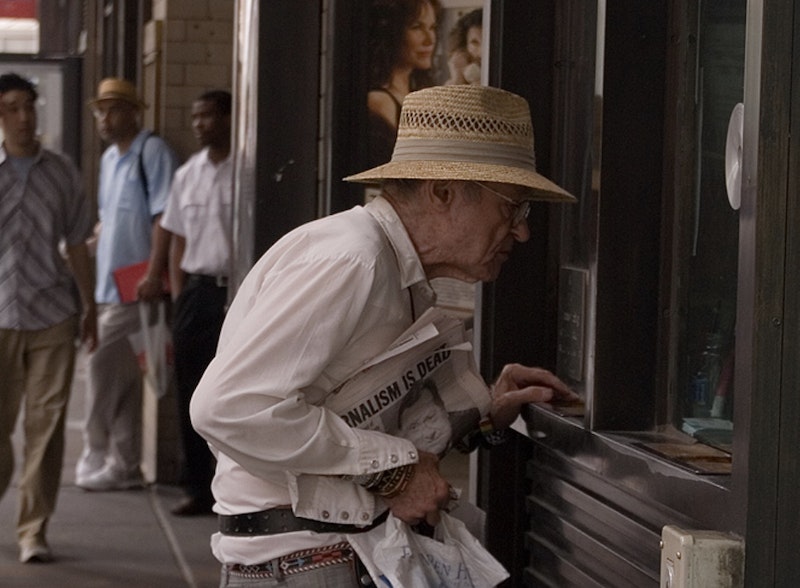 “End of” arguments are to be maximally resisted.

Many are the callow journalists who have, over the years, prognosticated the demise of the Democratic Party, or the GOP, or finance capitalism, or the internal combustion engine, or industrialized agriculture, or Russian liberalism, or suburban sprawl, or the Hollywood movie studio, or the American empire. And yet those obscene excrescences persist, in one form or another—like the Father of Lies himself possessed of a protean ability to shape-shift, to adjust to and even thrive under new circumstances.

Journalism as we’ve long known it does seem to be finally dead. Dead as a doornail, dead as the parrot in the famous comedy sketch. The pandemic is hammering the final nail into its coffin. We’re currently witnessing a slow-moving mass immiseration of the younger journalistic cadres of Brooklyn and Washington D.C. On an institutional level, meanwhile, the damage is beyond catastrophic. A world which still viably existed 20 years ago, and was still staggering along under the influence of some lingering vitality 10 years ago, will cease to exist in the short term, swallowed by the void as inexorably as the horse-and-buggy industry was by, say, 1920.

There is much to say about this. The implications are significant. For the moment, however, I am content to simply bask in the glory of the moment. It is springtime, and God’s Creation is good.

As Mother and Sister Marie, in line with our division of labor here on our organic farm, do the hard, noble work of coaxing our young crops through these crucial early months of the growing season—spreading manure by the hundred-weight, spending 12 to 14 hours a day picking Japanese beetles off the new cabbage leaves—Brother Aiden and I are free to devote ourselves to the Permanent Things.

Like, for example, Beauty, which we pursue via the cultivation of our decorative flower garden and of the beds of nosegays that ring our farmhouse.

What a pleasure to be with Aiden at our quiet work, squatting together in our sandals in the soil, breathing the moist vapors exhaled forth by a hundred thousand petals and leaves as the sun warms our our shoulders—or, if we’ve gotten a “dawn start,” as the delicious dewy coolness makes the hair stand up on my bare legs and the nape of my neck. Cool dawn also has the slightly ridiculous effect of hardening my nipples, a development to which I reconciled myself after a while. There is little to be ashamed of in the body’s reflex reaction under conditions of sensual bliss. I have noticed that Aiden’s body too has certain “reactions” under the influence of an errant May-time zephyr, or under the rustling pressure of the azalea bush against his khaki shorts.

The forget-me-not, the clematis, the violet, the snapdragon, the iris, the peony, the hydrangea, the pansy: these are the companions of my summertide, friends who reacquaint me in morally salubrious fashion with Beauty, yes—but also with the evanescence of youth, of vitality, of life itself. The lily, the morning glory, the daffodil grows into the tiny, concentrated magnificence of its maturity—then begins to wither, despite what care we lavish on it. There is always the shadow of death hanging over Beauty.

Under the circumstances in which Aiden and I practice it, gardening is also an exercise in a most intimate male companionship. There have been moments when, squatting and rummaging deep in the soil with my hand, I am surprised to feel there a squirming, living warmth—and to realize that I have joined hands with a similarly rummaging Aiden, five inches below the earth.

Our eyes meet. We are not self-conscious. We hold each other’s hands for a long moment, and exchange a slight, gentle nod. Then, releasing each other’s digits, we return to our work.

I think that those moments are little foretastes of heaven, of the perfect brotherhood that we will know in the presence of the Lord.