Is The “Successor Ideology” Over? 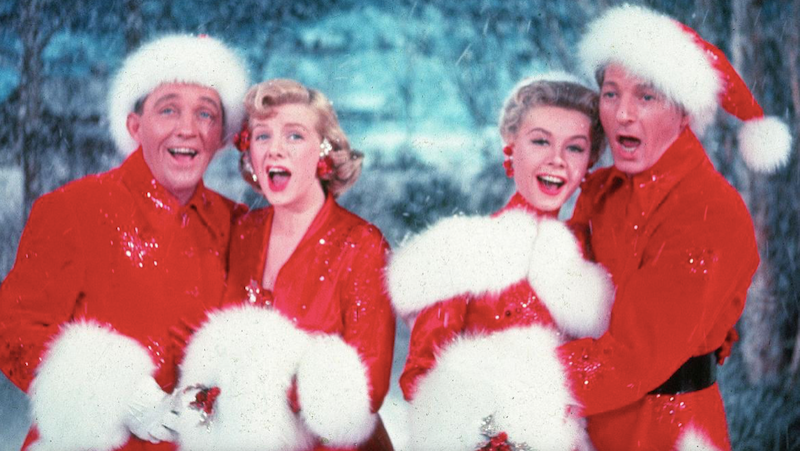 The question is being debated in the digital circles in which I wallow: Has the “woke” moment crested, or is it, as it were, settling into its permanence?

This article makes the case that it’s almost over; the case for the latter is argued by Wesley Yang, the writer who coined the term “the successor ideology” to identify the regime under which we now supposedly live and that at some point in the last decade replaced liberalism. 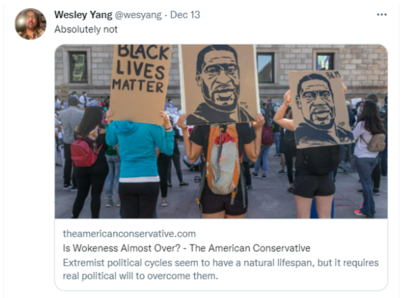 I confess that I don’t understand the terms of this debate. Few ideological phenomena are ever either “over” or permanent, at least not in anything other than the longest term: I’m sure you can even today find pockets of pro-Bourbon sentiment somewhere in France, and Nazism, which we might’ve supposed to be “over” in Europe, recently resurfaced as the official ideology of the post-Maidan Ukrainian state. Power in a society is in constant circulation and negotiation; every regime, even one that seems monolithic and invincible, is always riven by fissures, which forces that oppose it are working to widen and exploit; the state of play is always changing, the landscape always shifting. In fact, instead of “landscape,” the more apposite metaphor would be “seascape,” as expressing total flux. To paraphrase Mark Twain, if you don’t like the socio-political weather in your part of the world on a certain day, all you have to do is wait.

I’ve thought more than once that George Orwell exercised a mind-dulling effect on too many people by so convincingly depicting, in 1984, a seamless totalitarianism, one that’s always victorious, always in control, always deploying that old boot to stomp, eternally, on its subject/victim’s face. Orwell’s myth, besides traducing the Soviet Union (which was merely the form that the glorious Russian Empire took for most of the 20th century, and which was no more a demon-state than my own war-mongering neoliberal United States is now), made influential a flawed model of how power works, a model that’s as vulgarly simplistic as the one that the successor ideology advances.

In fact, so vulgar and inadequate is much of the intellectual opposition to the successor ideology that I think, in my more paranoid moments, that it’s all a shuck: Because it’s so misleading and wrong, it’s about as “oppositional” to the regime it professes to despise as the rock music of my Baby Boom youth was to suburban consumer society or as the Washington Generals are to the Harlem Globetrotters. No—something more subtle is going on here, one that even the smartest critics of the “successor ideology” aren’t quite seeing.

I don’t know what it is, but I’d like to find out. As the Indiana winter bears down, Theorist Harris, identifying a gap in the Discourse, conceives of an intellectual project to get him through to spring…

Boy, the Christmas music landscape is a barren one, isn’t it?

I don’t even mean the pop Christmas music landscape, disgusting as that is, a place where even the vaunted “classics” are garbage—and if I ever read another hack’s paean to the splendors of Irving Berlin’s “White Christmas” or the Pogues’ “Fairytale of New York,” two sickly monuments carved from hardening treacle, I’ll projectile vomit. I mean the classical Christmas music landscape.

After all, what have we got? The Nutcracker has its uses for accompanying seasonal dance spectacles that unfold before audiences of pre-pubescent girls, but ultimately, like most every other piece of music that the overly-cultured Europhile Tchaikovsky wrote, it’s a twee and unmuscular thing. Rimsky-Korsakov’s Christmas Eve Suite? Better, good, but hardly a masterpiece. Benjamin Britten’s Ceremony of Carols? Decades ago, I spent a snowy Christmas Eve in an Episcopal church in Cleveland listening to its fine choir perform the Ceremony, and that was a memorable Christmas Eve indeed, but more recently this composition strikes me as too fey and enchanted: It’s music for faeries and Hobbits. Poulenc’s 4 Motets for Christmas has its pleasures, as does Saint-Saens’s fine Christmas Oratorio. I have the distinct sense that certain Baroque and Renaissance Italians wrote Christmas music scored heavily for the recorder and the sackbut, but they’ve made little impression on the Harris sensorium.

Now to the big boys. Handel’s Messiah gets trotted out during each Christmas season, so I suppose we might count it in, but as we all know it’s really a piece of Easter music. That leaves Bach’s own Christmas Oratorio as the one large-scale masterpiece dedicated to the season of the Nativity.

Or am I missing something? I hope so. Until I find out differently, I’ll continue to immerse myself in Russian Orthodox chant, the corpus of which contains hundreds of works that treat the Miracle of the Birth of Our Lord, and the sonorities of which express the sort of integral culture that was long ago lost to us in the decadent West.