If Only the U.S. Really Were Doomed 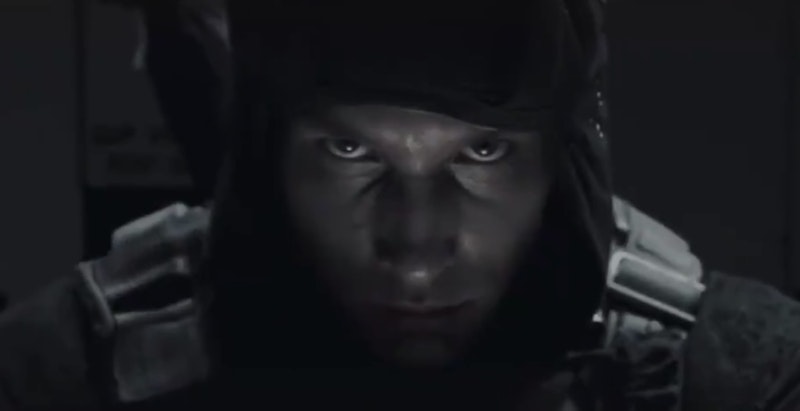 I’ve now been sent this video at least a dozen times by my Russian Orthodox coreligionists and others in the pro-Russian community.

The clip juxtaposes a recruitment advertisement for the Russian Federation’s army with one for the United States military. My Russian priest gleefully translated the language of the Russian ad: it’s aggressively, even brutally, martial. Not that you need to understand the language, since the visuals make the ad’s point well enough.

Obviously, this juxtaposition of unapologetic Russian military vigor with the childishly animated saga of a female Californian U.S. Army recruit and her two mommies gives us a preview of the years to come: the inevitable return to dominance, and perhaps empire, of a lean, masculine, serious Russia, which will crush its rivals, the U.S. primary among them, like a T-34 tank crushes a box of donuts. Right? That’s what most everyone I know seems to think. I haven’t seen such chortling in-advance triumphalism since I wasted my time reading the “war-bloggers” in the period between the 9/11 attacks and the spring 2003 assault on Iraq.

But I’m not so sure my pro-Russian friends are right. Foreign derision of American softness, decadence and silliness is as old as the Republic, and it rarely did those who deployed it much good. The United States rose, in its ugly way, to global preeminence, first slowly and then much faster, over the course of a century, while hard men in venerable capitals constantly sneered at its vulgarity, shallowness, and effeminacy, and with good reason.

Those of us of a certain age can remember the mid-century heyday of Russian, and pro-Russian, taunting of a supposedly doomed United States. Khrushchev’s memorable forays into trash-talking the apparently weak and ridiculous Americans were fine examples of this genre; Solzhenitsyn’s contemptuous speech to the Harvard College graduating class of 1978 was a rarefied intellectual version of it.

And yet the United States, that loathsome abomination in the eyes of heaven, has only aggrandized itself and may stick around as a behemoth on the world stage for some time yet. I don’t like this. In fact, I hate it. I think that we in the pro-Russian community, who’d like to see the American “experiment in democracy” wiped out, should try better to understand the situation. Total war requires a clear view of the battlefield.

My theory is this: that a protean and endlessly generative, creative, and assimilatory neo-liberal America is magnitudes tougher, meaner, smarter, more resourceful, and more self-aware than it looks. More: that those things that we haters of America consider its weaknesses are, in fact, its secret strengths—in some way, motors of its hideous strength. Even more: that the “snowflakes” of the American establishment are some of the more ruthless elites that the world has ever seen, and that our Holy Mother Russia should engage with them with that terrible fact in mind.

I wish I could remember what pundit it was who just in the last couple of weeks squirted the name “Hayden White,” of all the unexpected things, into the sewage of the moronosphere. Was it Damon Linker? Noah Millman? Sixteen seconds of googling indicate to me that the answer in both cases is “no.”

It doesn’t matter. Coming across the name brought me back to my days as a master’s student in English in Bloomington, before I gave up my aspirations (wan as they were) to the academic life and entered law school. Professor White’s Metahistory was a fashionable book in the academy back then. I found it fascinating. It explained how history is written, which turns out to be in a way very much like the way fiction is written: some works are tragedies, while some are comedies, to cite just two of the genres of available to those who put pen to paper in an attempt to explain the past. Every non-idiot knows that historiography can never be “objective.” White, in Metahistory and in a shorter, subsequent book called Tropics of Discourse, explained the narrative mechanics of historiographical texts like Gibbon’s Decline and Fall of the Roman Empire, making clear just how much our understanding of the past is influenced by narrative conventions. A comedian will write a very different story of, say, the lifespan of the United States to date than will a tragedian—both their works, however, could well be classics of valid history writing.

As an orthodox (and Russian Orthodox) believer in the revealed Word of God as expressed in the scriptures, I might seem an unlikely candidate to believe that there’s no real truth outside of narrative convention—outside writing, outside language. But I have no problem exempting the Word from the dynamic of which White writes. The Word of God sears through the fog of epistemological contingency like a laser beam through a tub of butter.

Anyway, I wonder what genres will govern the writing of the history of the United States when the historians get around to writing it. Most appropriate would be scabrous, hateful satire of the sort that alternately makes the reader guffaw and vomit. But I suppose tragedy could also work, not least because every human phenomenon and endeavor is tragic—everything ends, we all die. Weepy sentimental melodrama also makes sense, not least because it’s so close to the heart of Americans; it’s their default mode. My fellow paleoconservatives, of course, unfortunately favor a cowardly, hysterical, moralizing catastrophism when they write about American history, and this is unfortunate.